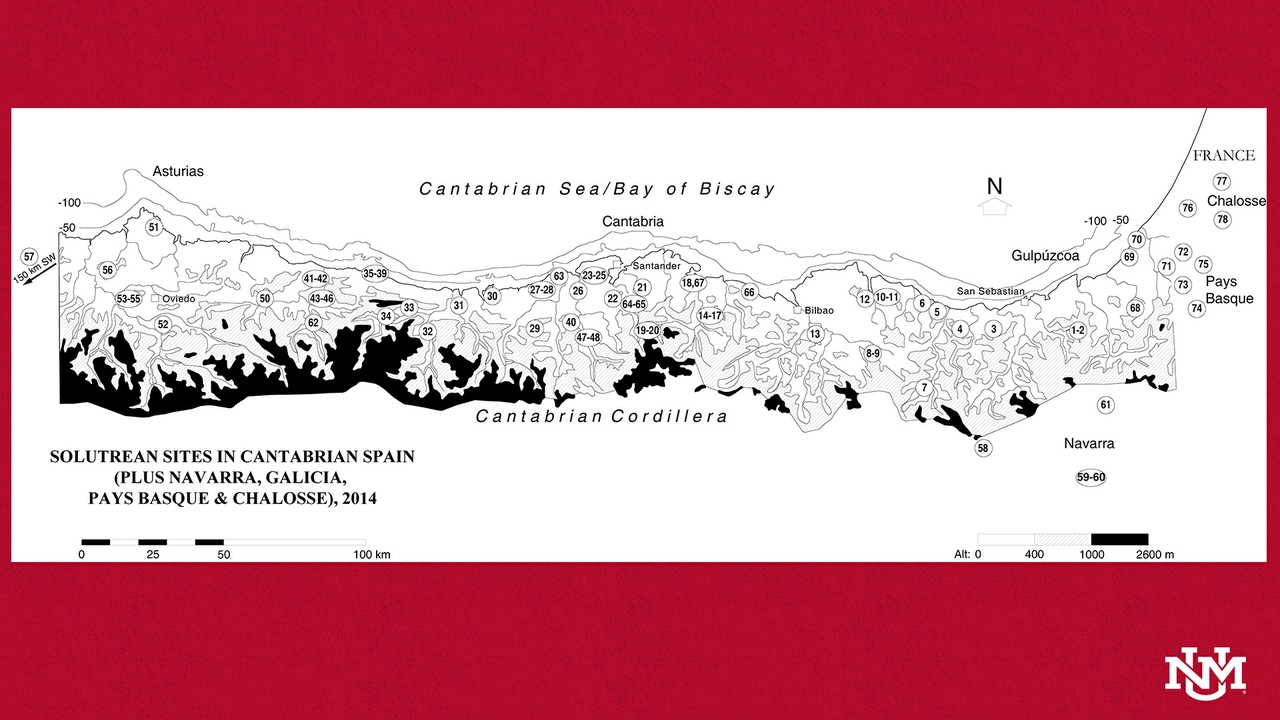 Lawrence Straus, the Leslie Spier Distinguished Professor Emeritus in the UNM Department of Anthropology, along with Mathieu Langlais of the University of Bordeaux, recently published a tri-lingual volume with French and Spanish prehistoric archeologists on the famous late-Ice Age Magdalenian culture in southwest Europe.

The 400-page volume, published by the French Prehistoric Society, contains papers from a 2018 symposium of the International Union of Pre- and Proto-Historic Sciences in Paris, including one by Straus and his Spanish colleague Professor Manuel Gonzalez from the University of Cantabria. The book contains articles with primary data and analyses of recent excavations at the Magdalenian sites in Cantabrian Spain, the Ebro Basin, Aquitaine, and southern France.

Though he retired from teaching in 2016 after 41 years, Straus is a “working retiree.” He continues as editor of UNM’s flagship international journal, the Journal of Anthropological Research.

The Magdalenian Culture began in southwest France and Cantabrian Spain and eventually spread throughout most of western Europe, from Portugal to Poland. It is of particular interest to Straus and other archeologists because of its important sites rich in artifacts, wildlife remains, and works of art, including cave art and ornaments.

This was a time of dramatic climate change, when vast ice sheets still covered large areas of Europe and other parts of the world, with temperatures having been at record lows right before the Magdalenian from around 25,000 to 20,000 years ago. Humans and animals such as red deer and salmon had retreated south to somewhat warmer climates of southern France and the Iberian Peninsula, but eventually began to recolonize northern parts of Europe, especially after about 17,000 years ago.

Straus believes that the human population barely survived in southern Europe during the worst of the climate crisis but DNA from the El Mirón Red Lady burial and another site in Italy indicate populations met and mixed prior to the recolonization as temperatures warmed again.

Straus is renowned in archeological circles for his discovery of the Red Lady in Cantabria, Spain in 2015. The skeleton is that of a woman of Magdalenian. Her age is estimated to be 35-40 years and her bones were coated with ochre, a red iron-oxide pigment. Radiocarbon dating indicates that she was buried around 18,700 years ago. The team of archaeologists, led by Straus and Gonzalez Morales, had been investigating the El Mirón Cave since 1996.

“The Magdalenian ends with environmental conditions approaching those of the present, although there was one last major but short cold snap about 13,000 calendar years ago” Straus explained.

Straus said he will donate a copy of the new publication to the Clark Field Archive and Library at UNM, adding that the volume will be of most interest to Paleolithic archeologists.