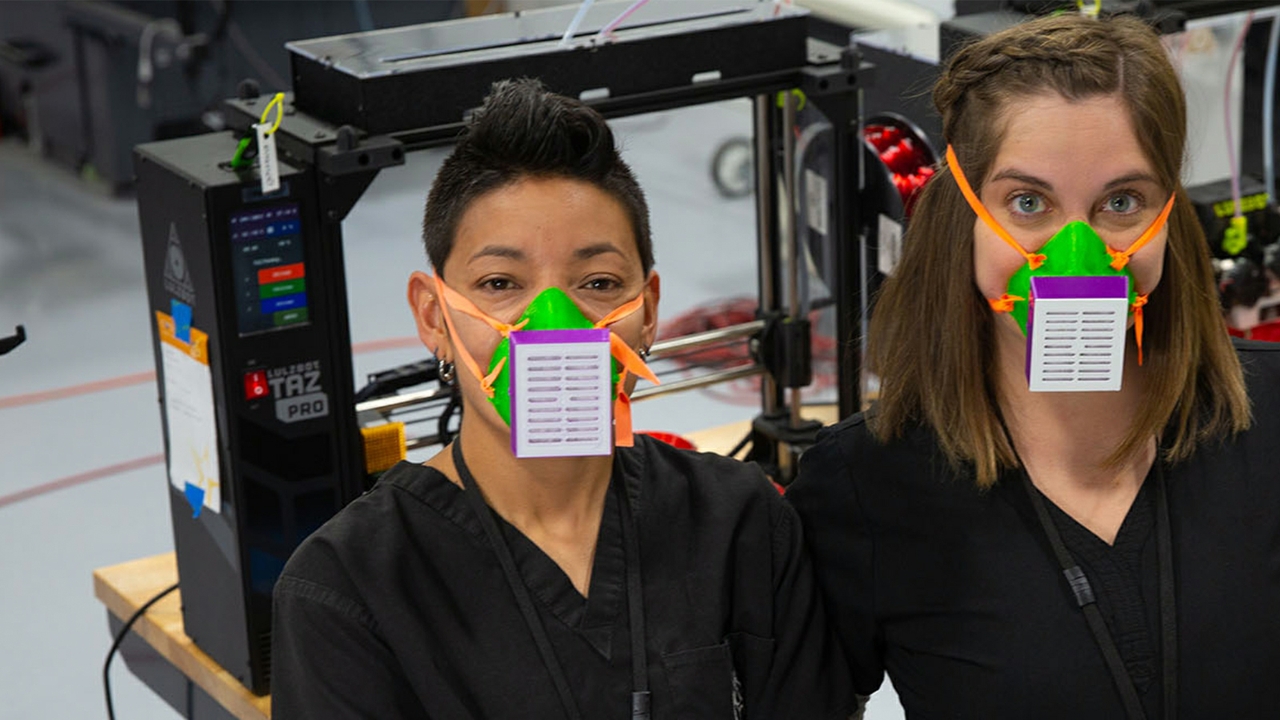 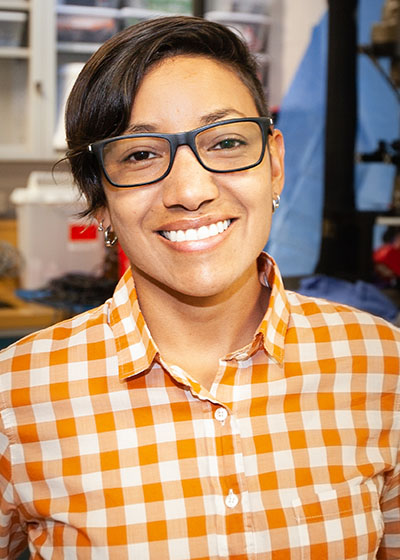 To say biomechanical engineer Christina Salas has had a busy year would be an understatement.

Since last spring, Salas and her students at The University of New Mexico have used 3D printers to create thousands of face masks and face shields to protect against SARS-CoV-2 and delivered them – along with food, water and hand sanitizer – to the Navajo Nation and immigrants along New Mexico’s southern border.

An associate professor in the Department of Orthopaedics & Rehabilitation, with a secondary appointment in the School of Engineering, Salsa has also mentored young women interested in orthopedics careers through the Perry Initiative, a national engineering outreach program – all while running three research labs.

On April 8, Salas was recognized for her efforts with the Dolores Huerta Sí Se Puede Award from the Recuerda a César Chávez Committee, a local organization the celebrates the legacy of the late labor organizer and civil rights leader, and the City of Albuquerque.

“I’m honored,” Salas says. “To be walking in the footsteps of César Chávez and Dolores Huerta – that’s just beyond anything I could think I would do.” 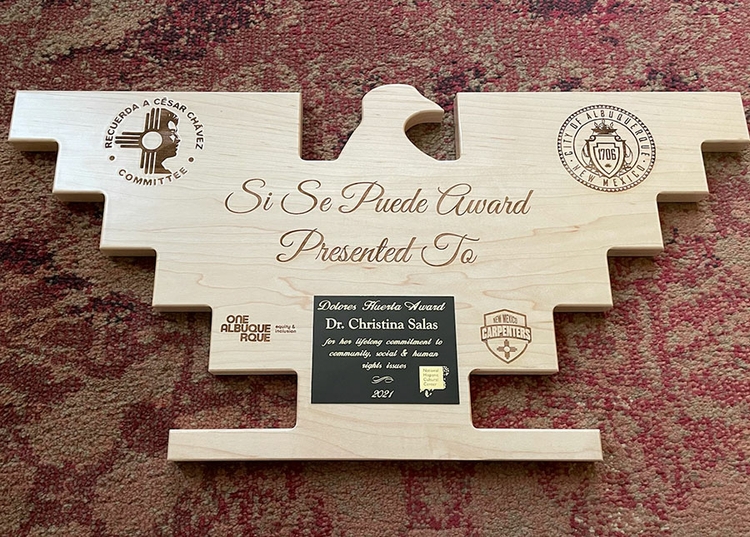 Huerta, a New Mexico native who turns 91 this month, worked for decades alongside Chávez on behalf of migrant farmworkers. The award recognizes those who demonstrate dedication to the legacy of Chávez and Huerta, model leadership in their community and show a sustained commitment to service in their community, according to the committee’s website.

With her student volunteers, they turned out masks based on a novel design Salas had devised. She also made frequent trips to Gallup hospitals and eastern Navajo chapters to deliver masks and assess PPE needs, bringing along donations of food, water and diapers.

Last summer, the pair’s efforts earned them mention among “The Badass 50, Healthcare Workers Who Are Saving the Day” in InStyle Magazine.

In early September, Salas received a grant from the Santa Fe-based Con Alma Health Foundation to provide masks and other supplies to immigrants in southern New Mexico. “It was me and just six students, making masks 24/7,” she says.

As a faculty researcher, Salas usually focuses on exploring new mechanical and biological solutions for a host of orthopedic problems. While that work continues, her recent turn to providing direct aid to people in need has been deeply rewarding, she says.

“When I think about my life and what I’d like to leave behind for my kids and my family, it’s never really been about how much money I brought in or what things I may have invented,” she says.

“I always wanted to have more of an impact socially. Being able to merge my skills as an engineer with being able to provide this immediate relief for these societal groups is a huge honor for me."