Nathan Jackson, an assistant professor of mechanical engineering at UNM, is the sole principal investigator for a project called “Development of Multifunctional Flexible Piezoelectric Materials for MEMS.” The three-year project began July 31.

The project is funded by the Army Research Office, an element of the U.S. Army Combat Capabilities Development Command’s Army Research Laboratory. The award amount is $658,334. 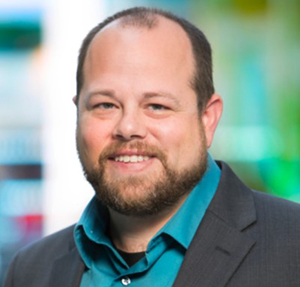 For the project, Jackson will focus on piezoelectric materials, which convert mechanical energy into electric energy (or vice versa), to develop a new class of multifunctional smart polymer materials that are compatible with standard microfabrication manufacturing methods.

There are currently a lot of microscale devices that utilize piezoelectric materials in both military and commercial applications, such as ultrasound transducers; sensors for gas, humidity, acceleration and medical; RF filters; and microphones. But these devices have limitations due to the stiffness of conventional thin-film piezoelectric materials, Jackson said.

“Current piezoelectric devices are made from stiff, inorganic materials, which do not meet the mechanical demands for wearable or implantable technology that infantry members need in the field, and they cannot be used by autonomous vehicles or drones as lightweight transducers,” he said. “They also are not ideal for underwater sonar or portable bio/chemical sensors.”

He said current polymer piezoelectric materials also are a disadvantage for usage in micro-devices because of their low thermal, piezoelectric and acoustic velocity properties.

“Low thermal properties prevent the materials from being manufactured into microscale devices which require elevated temperature processing steps,” he said. “Each piezoelectric material has advantages and disadvantages that make them uniquely ideal for specific applications. For Department of Defense-related applications, there is a need to develop a new class of piezoelectric polymers that can both withstand the elevated temperatures required for microscale manufacturing and be enhanced with multifunctional properties tailored for specific applications.”

Jackson, along with a team of undergraduate and graduate students, will utilize UNM’s Center for High Technology Materials to conduct the tasks for the project.

“The creation of a new class of polymer piezoelectrics will give design engineers the ability to create technology that is currently not feasible,” Jackson said. “This will allow the integration into new microscale device technology, such as enhanced sonar devices, advanced wearable sensors, implantable devices, smarter robotics with advanced feedback, and advanced flexible displays and communications.”

He said the project will also be helpful in STEM outreach and training the next generation of students in material science and advanced microscale technology.