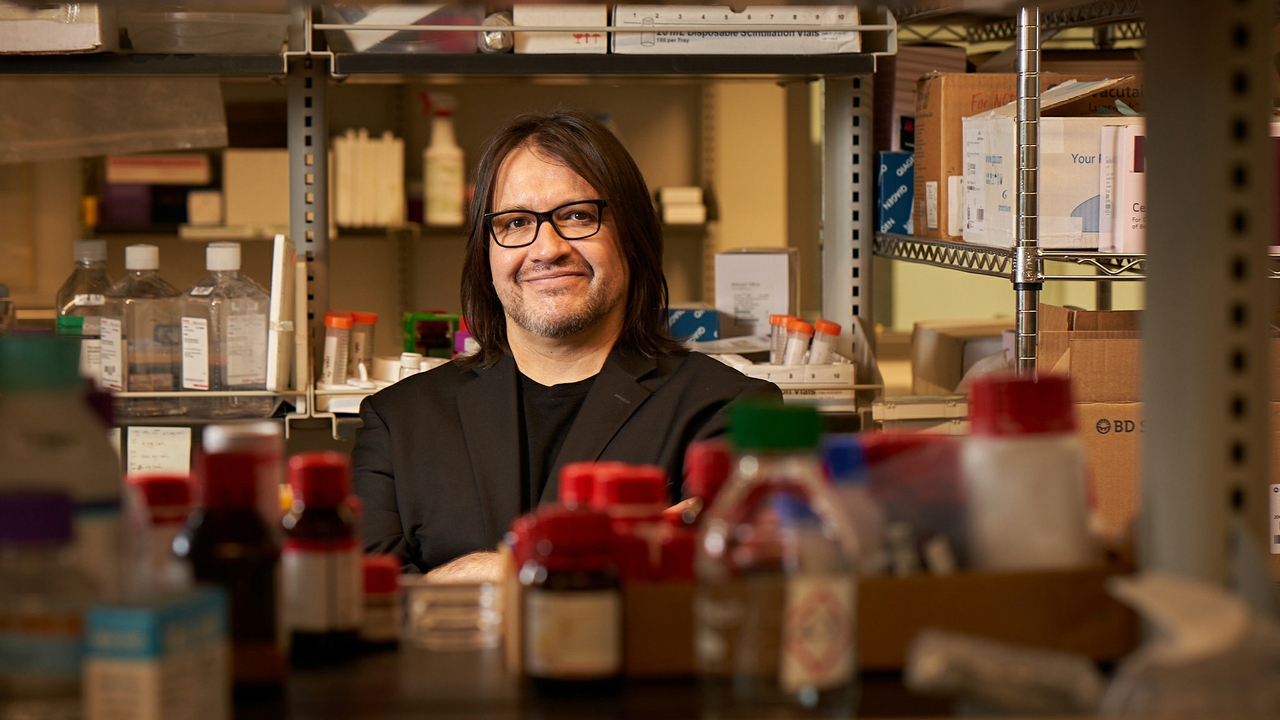 Nick Carroll, an assistant professor in the Department of Chemical and Biological Engineering at The University of New Mexico, has been selected as part of the 2021 Class of Influential Researchers by the American Chemical Society journal, Industrial & Engineering Chemistry Research (I&EC).

The journal, which is published by the American Chemical Society for Applied Chemistry and Chemical Engineering, named its incoming 2021 class in the Dec. 8 edition. Carroll was among 36 researchers selected from institutions around the world. He was the only one named from UNM.

The selected researchers, who are in the first decade of their careers as independent researchers, were identified through an open call for nominations.

The global team of editors and editorial advisory board members identified this class of influential, early career researchers on the basis of the quality and impact of their research. Industrial & Engineering Chemistry has been at the forefront of chemical engineering research since 1909. It is the largest, oldest, most cited and most selective general interest chemical engineering journal with global visibility across all facets of the chemistry profession.

A virtual special issue of the journal contains the invited articles from the 2021 class. These papers describe research advances across the broad scope of I&EC Research, such as in core areas of chemical engineering that describe important advances in bioengineering, process intensification, pharmaceutical engineering, biomass utilization, environmental protection, energy conversion, electrochemistry, membrane separations and synthesis of functional materials. Carroll’s article, “DNA binding by an intrinsically disordered elastin-like polypeptide for assembly of phase-separated nucleoprotein coacervates,” can be accessed here.

Earlier this year, Carroll was awarded a National Science Foundation CAREER Award for a project that could eventually lead to smart implantable medical devices and other biomedical and technological advances. The project, “Aqueous Multiphase Assembly of Membraneless Synthetic Cell Structures: Research, Education and Outreach,” began Aug. 1, 2021, and concludes July 31, 2026.

The NSF CAREER program is geared toward helping early-career faculty get strong starts on their academic careers. The award is NSF's most prestigious award in support of junior faculty. His CAREER Award project — which focuses on genetically-engineered biomaterials created by the interplay of biology and polymer physics — seeks to develop synthetic cell populations that can “talk” to each other and transmit information, much like the electrical impulses that send commands to a computer or a phone. Instead, here proteins are passed cell to cell, sending instruction through molecules to synchronize cooperative activity in what is known as “quorum behavior.”

He joined the UNM faculty in 2016, which represented a homecoming of sorts. He earned his bachelor’s degree and Ph.D. in chemical engineering at UNM in 2006 and 2011, respectively, then became a postdoctoral fellow in applied physics at Harvard University, later taking an assistant research professor position in biomedical engineering at Duke University.