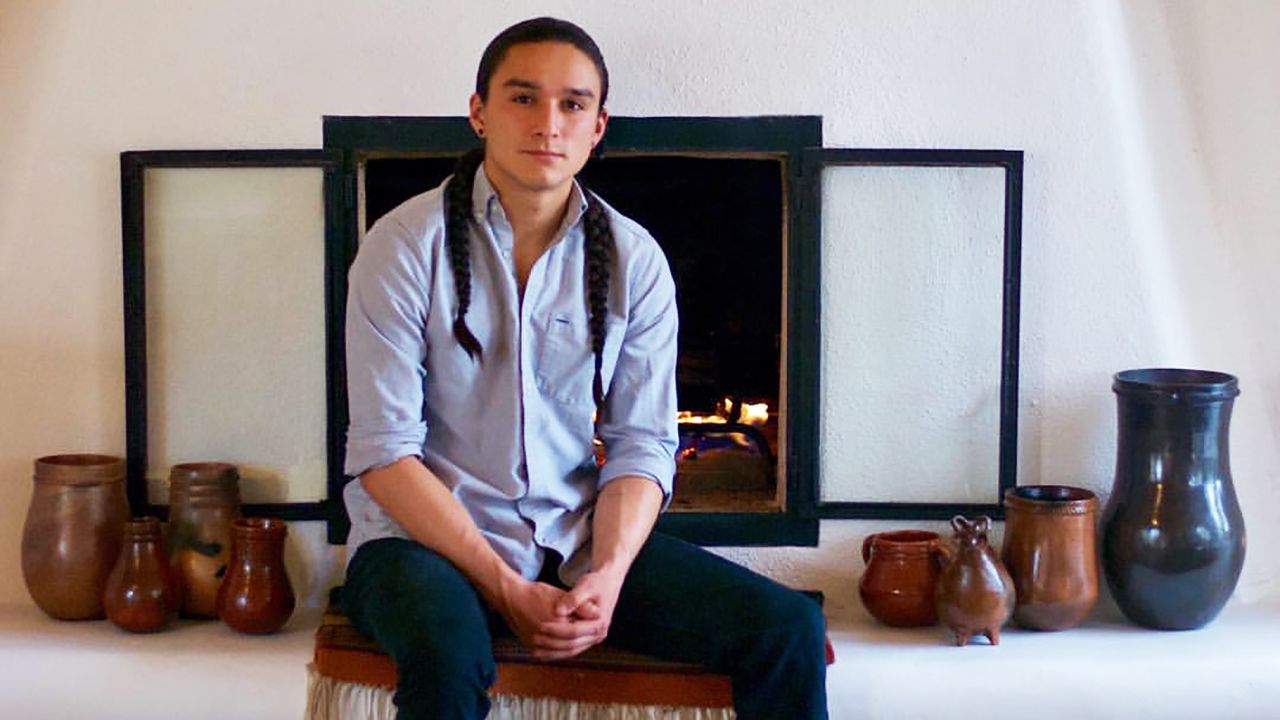 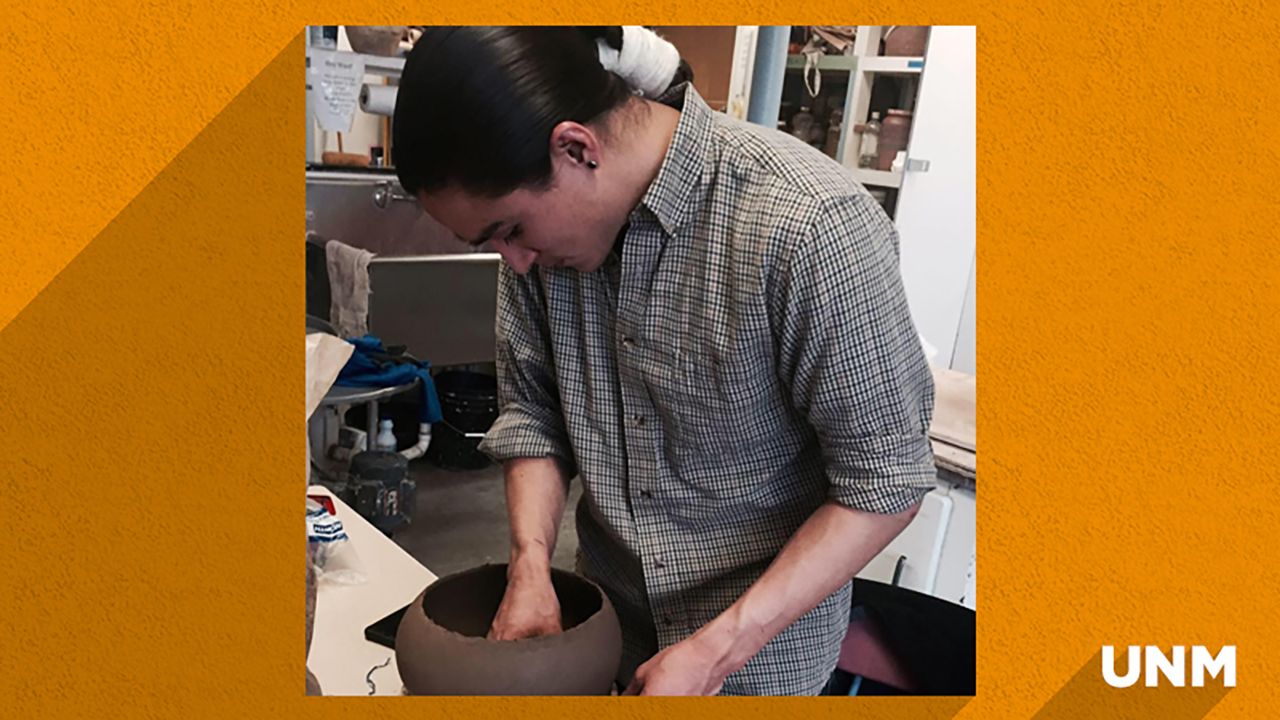 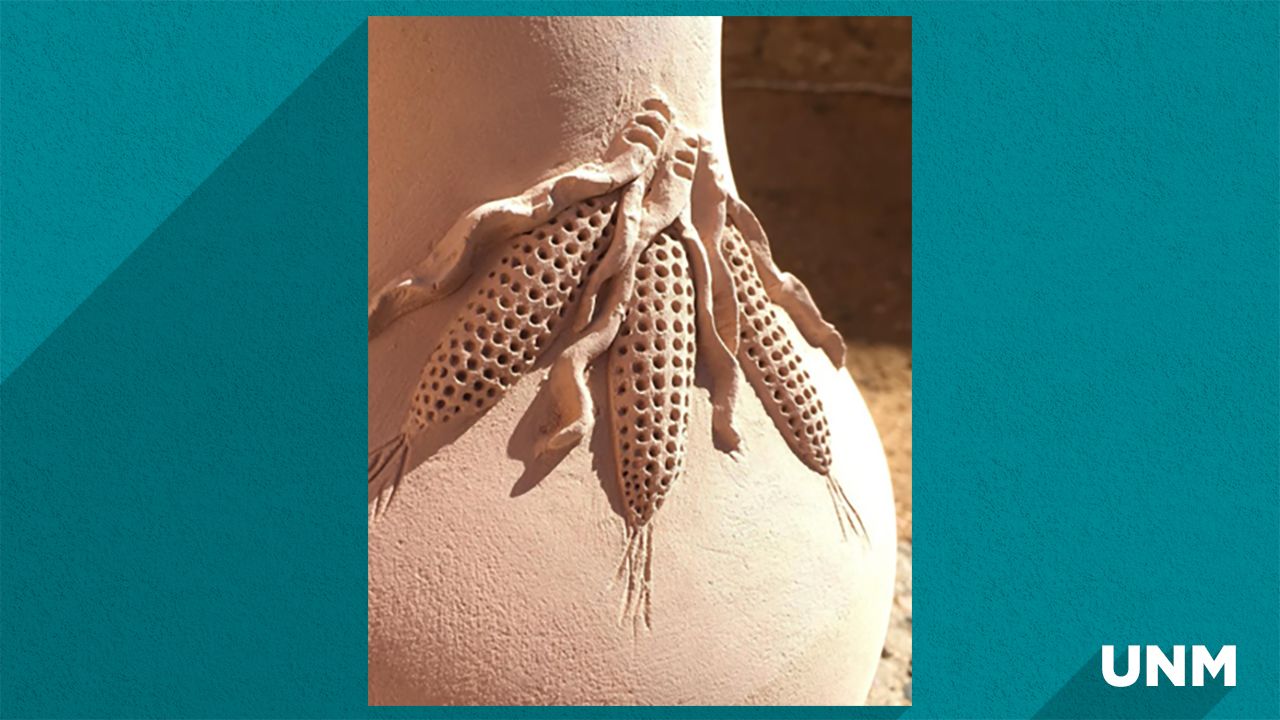 At first glance, one might think that a pottery artist and an electrical engineer have nothing in common, but Jared Tso is proof that the two can meld together seamlessly.

Tso, who received his bachelor’s degree in electrical engineering from The University of New Mexico on Saturday, is also a fourth-generation Navajo potter.

Moore himself worked many years in Southern California as an engineer but years of long hours and long commute times made him decide to relocate to the Oregon coast with his family, where he applied his engineering skills to run a Sears catalogue store.

“Since being an engineering student, I think about pots differently. I think about them not just artistically, but structurally now.” – Jared Tso

Tso’s pottery roots are even more deeply-rooted. His grandmother, Faye Tso, of Tuba City, Arizona, received a lot of notoriety for her traditional Navajo pottery, and one of her pots was even included on one of President Nixon’s inauguration floats. Her work is featured at the Smithsonian American Art Museum.

Tso said he chose electrical engineering because it seemed like the most versatile engineering degree. Although he grew up around pottery from a young age, he thought he would be giving it up when moving to Albuquerque to attend UNM, but he found it was something he couldn’t get away from.

“I got a job here at a ceramics studio, and discovered that UNM has a class in Pueblo pottery and Arita porcelain, which is very unusual,” he said. “It’s a great place for Navajo pottery.”

Sitting in classes like circuits, he found himself thinking about pottery.

“Since being an engineering student, I think about pots differently. I think about them not just artistically, but structurally now,” Tso said. “Taking 40-45 minutes of notes in a class turns into a pot.” 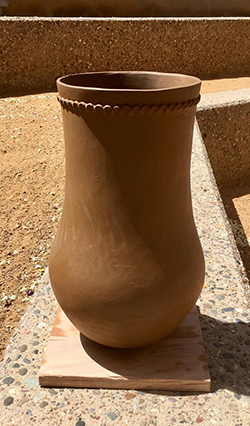 He said he mainly works out of his living room, and pottery provided a nice complement to his schoolwork.

“I found that my busiest time as a student was my most productive time as a potter because it provided a nice break from studies,” he said.

One such pot he is planning has a circuitry design around the “necklace” part of the pot, which he explained in Navajo pottery gives the pot life.

“You keep it open to allow it to breathe as well as for good things to flow through it,” he said. “It is the pot’s doorway. It will work well with the circuit diagram for a play on the flow of current.”

Tso mainly does traditional Navajo pottery, which requires him to dig his own clay and doesn’t make use of a wheel or a kiln, but he does other forms as well, and also is interested in Arita porcelain, which originated in Japan.

This spring, Tso had his first gallery show at 5G Gallery in Albuquerque, and he’s preparing for another big show this August at the Santa Fe Indian Market.

Tso plans to earn a master of fine arts degree from UNM and hopes to someday teach pottery at a Southwestern college or work in an art gallery.

Tso’s work is featured on his Instagram page at https://www.instagram.com/jaredtsopottery/