Patrick Nagatani, an esteemed photographer and educator in the Department of Art and the Art Museum at The University of New Mexico College of Fine Arts, died Friday, Oct. 27.

Nagatani was born Aug. 19, 1945 in Chicago, Ill. to Nisei Japanese-American parents who were imprisoned in the internment camps during World War II. He was an artist who pushed the conventional boundaries of photography towards his own unique expression, a generous and devoted teacher and an indefatigable collaborator.

He earned his M.F.A. from the University of California, Los Angeles in 1980 where he studied with Robert Heinecken. Nagatani had a long interest in studio set-ups and staged photography, from his collaborative Polaroid 20 X 24 work with Andrée Tracy to his Novellas, to the Ryoichi/Nagatani Excavationsand Chromatherapy images. Beginning in 1982, he was also a “tapist,” transforming found photographs into iconic images via a palette of masking tape. Nagatani developed his campaigns over many years, refining his ideas and carefully sketching out his pictures before they were ever captured on film.

Nagatani came to UNM in 1987, and joined the Department of Art and Art History, where he taught in the internationally recognized photography program until he retired in 2007. He received many honors and awards including Visual Artist Fellowships from the National Endowment for the Arts in 1984 and 1992, and a Photographer’s Fellowship from the Aaron Siskind Foundation in 1997.  That same year, he was named a UNM Regents’ Professor and in 2003 he received the New Mexico Governor's Award for Excellence in the Arts. In addition, Nagatani received the Honored Educator Award from the Society for Photographic Education in 2008. He was an active member of the Atomic Photographers Guild.  His work has been exhibited, published, and collected internationally.

His photographic oeuvre includes topics from the nuclear age, archaeology, Buddhism, identity, history, literature, and aviation. In 2010 a 30-year retrospective exhibition and monograph—Desire for Magic: Patrick Nagatani 1978-2008—premiered at the UNM Art Museum and traveled to the Clay Center for the Arts & Sciences in Charleston, W.V. as well as the Japanese American National Museum in Los Angeles, California. Two earlier monographs include Patrick Nagatani/Andrée Tracey Polaroid 20 x 24 Photographs 1983-1986, (Tokyo: Gallery Min, 1987), and Nuclear Enchantment, (Albuquerque: UNM Press, 1991) which received the Kraszna-Krausz Book Award. His last creative endeavor, a novel titled, The Race: Tales in Flight, was just published this month by the Albuquerque Museum and Fresco Books.

Nagatani was a much beloved artist, colleague, and friend who will be missed by many people in the communities of UNM, Albuquerque, and the region. Our thoughts and support are with his wife Leigh Anne Langwell, son Methuen, and the extended Nagatani family, the College said in a statement.

"Patrick was an extraordinary person and artist. He was loved by his students and colleagues at UNM," said Justine Andrews, chair, UNM Department of Art. "He shared his kindness, generosity, critical eye, and beauty with everyone, and leaves an indelible mark on our entire Department. He will be greatly missed."

Services will be held privately. 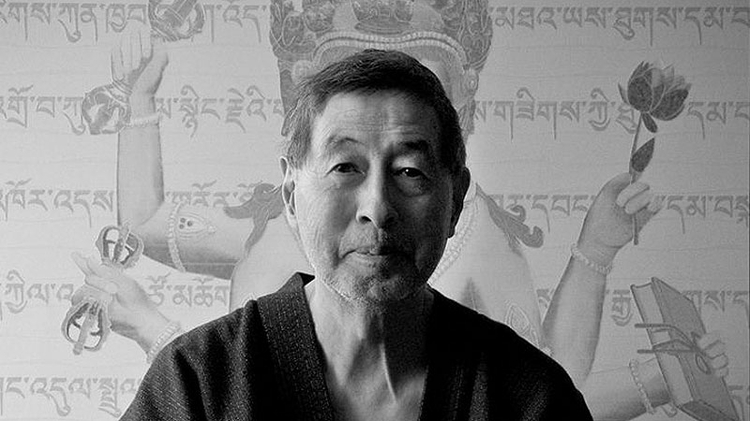