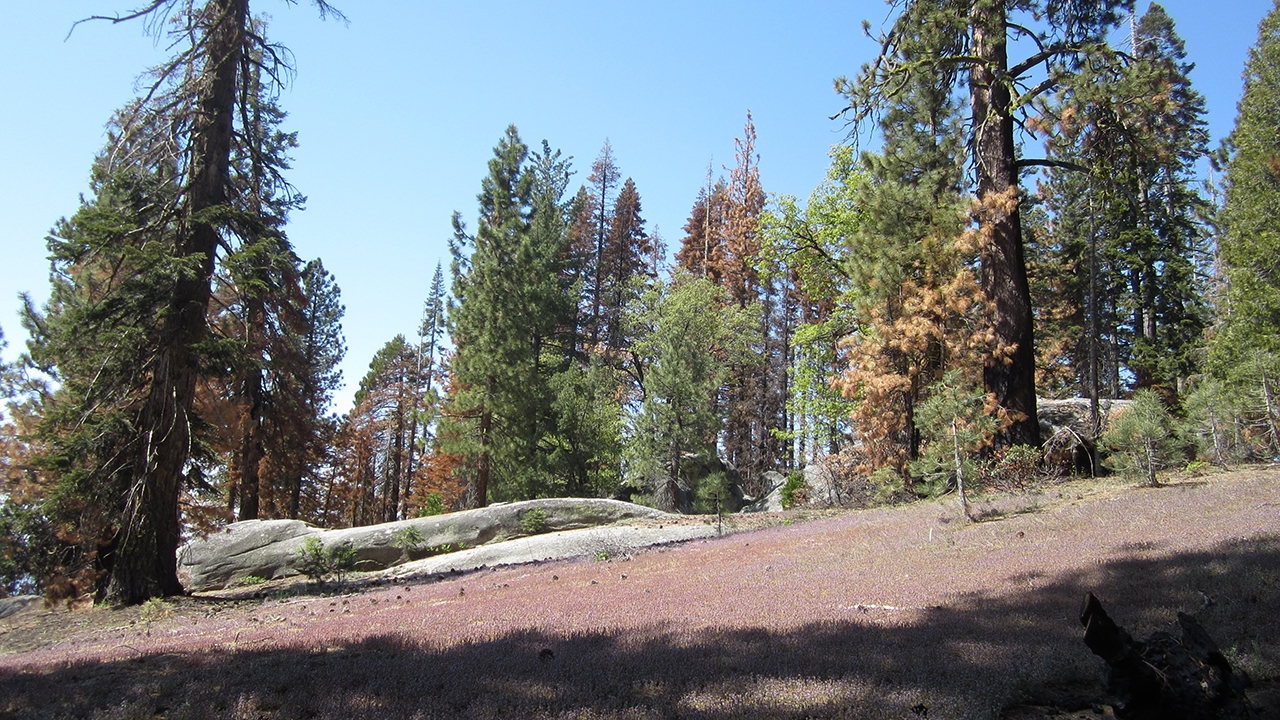 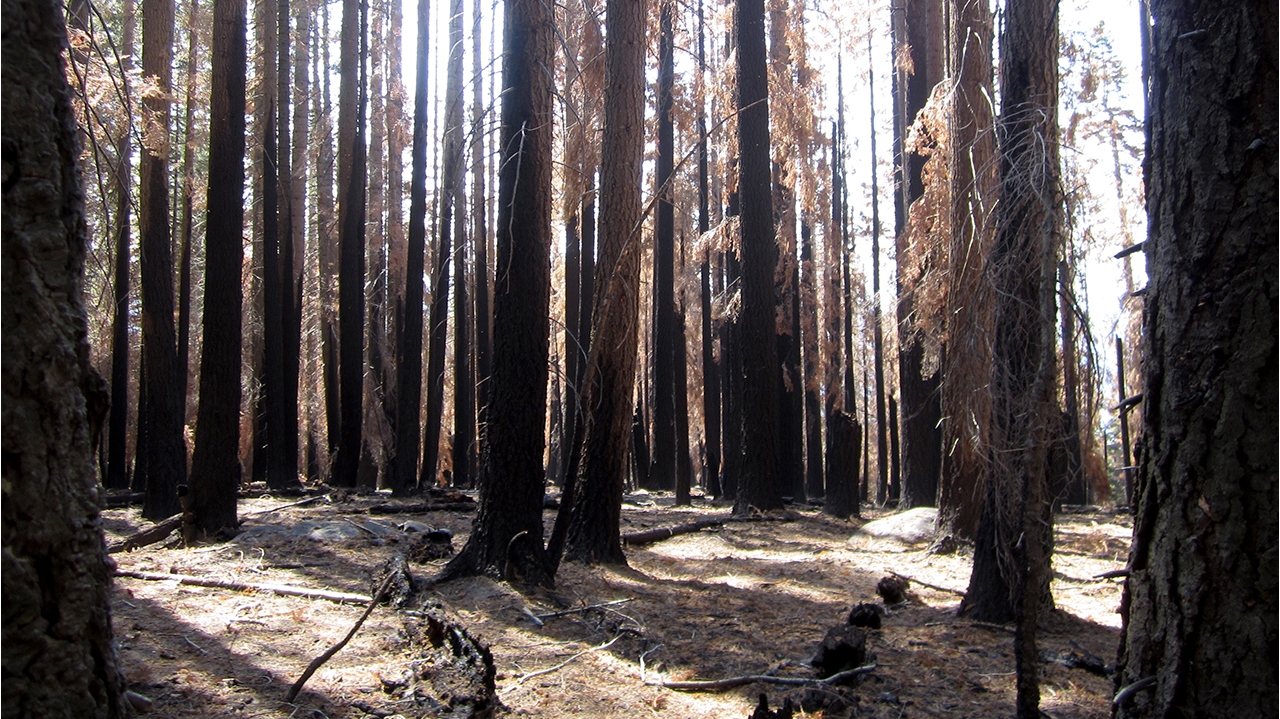 of forests burned can result in the loss of nesting habitat for species such as the California spotted owl.
Credit: Matthew Hurteau

Fire has been a central component in California’s natural and human history for millennia. Native Americans’ use of cultural burns in landscape management, in addition to lightning-ignited fires that burned unhindered, impacted most of the state's ecosystems.

However, in the late 1800s, California’s landscape underwent an era of Euro-American fire exclusion and suppression. As the United States began suppressing fire across western ecosystems, forests became increasingly dense with fuel which easily ignites in warm weather conditions.

In a new study, Fire and climate change: conserving seasonally dry forests is still possible, published in Frontiers in Ecology and the Environment, University of California-Berkeley (UC-Berkeley) Environmental Science, Policy, and Management professor Scott Stephens and co-authors including University of New Mexico Department of Biology assistant professor Matthew Hurteau, investigate the role which fire and restoration thinning could play in restoring California’s forests. Stephens argues that allowing forests to burn does not necessarily conflict with the government’s environmental objectives to promote carbon storage and water availability. In the long-term, fire and restoration thinning can help forests continue to provide natural services while building ecosystem resilience to climate change.

A century of fire suppression coincided with the loss of larger, more fire-resistant trees from selective logging. With the worsening impacts of climate change, wildfires have grown increasingly destructive and high-intensity in recent years, and megafires threaten the biodiversity of many native ecosystems.

Stephens argues for the return of fire in California’s forest management techniques. “With climate change and continued ignitions from people and lightning there is a great need to move decisively,” says Stephens. “The good news is rather than conflicting with other environmental objectives, fire and restoration thinning employed now will provide numerous co-benefits.”

“A legacy of past land-use and fire suppression have increase tree density and the amount of vegetation available to fuel a fire,” said Hurteau, who worked on carbon and emissions as part of the research collaboration. “Add to that warming temperatures and more drought and we have conditions that support the types of large, hot wildfires that are becoming increasingly common.”

The authors focus on two primary management strategies: burning and restoration thinning. Fire treatments include prescribed fires, in which managers intentionally burn an area in accordance with a site-specific plan. Prescribed burns reduce dead wood, leaf litter, and small trees, which act as hazardous fuel layers in seasonally dry forests. Additionally, forest managers can monitor wildfires that are ignited naturally by lightning and, where appropriate, allow such ignitions to burn—a technique that has improved the ecological resilience of several National Parks and forests in much of the United States.

Restoration thinning—activities such as chipping, shredding, and whole-tree removal—can reduce fuel and mimic the effects of burning. However, mechanical thinning practices do not aid the many native species which rely on smoke and heat to germinate or on burnt habitat to thrive.

“We can use restoration thinning to break-up the forest structure that has become homogenous because of fire suppression,” Hurteau said. “It is important to follow thinning with prescribed burning so we can restore the natural role of fire in these forests.”

Importantly, the study describes how such management strategies can improve overall biodiversity, water quantity, and carbon sinks. Pyrodiversity, or the degree of heterogeneity in the age and size of a burned landscape, can support more diverse bird, pollinator, and flowering plant communities. The authors describe the challenge in maintaining complex tree canopy structures for threatened species, such as the California spotted owl. In addition to increasing streamflow and enhancing long-term carbon sequestration, the proposed management strategies could lower the likelihood of high-severity fires in the future.

“Even though increasing the scale of restoration is daunting I am optimistic,” says Stephens. “Forests are just too important to the people and wildlife of California. But we need to act or severe wildfires and drought will continue to change forests right in front of us. We can and need to do better.”

“Restoring fire to these forests is really about restoring heterogeneous conditions,” said Hurteau. “When things like forest structure vary across the landscape it provides a diversity of habitats for plant and animal species that have different requirements.”

Management strategies would need to account for the difficulty in controlling hazards from smoke, as well as how volatile weather conditions can cause undesired fire outcomes. To ensure the safety of the forest and nearby communities, the study finds that prescribed burn plans must integrate information on weather, topography, fuel type, ignition patterns, and other factors. The authors call for increased collaboration between Native American tribes and forest managers, highlighting the importance of longstanding indigenous knowledge and practices.

Now the COVID-19 pandemic is expected to impact fire suppression, an activity that necessarily involves groups working in close proximity. “Firefighters train, sleep, shower, eat, and fight fire in groups, and the effectiveness of firefighters depends on the ability to deploy and work closely to extinguish fires,” says Stephens. “New protocols are being developed for this summer and fall that will work to make groups smaller and to increase fire prevention. While these measures are needed this year they do not address the fundamental fire problems in California forests that are addressed in this paper.”

“This work demonstrates the importance of restoring natural fire regimes to frequent-fire forests,” said Hurteau. “When we do that, we see benefits in terms of water, habitat, and climate regulation.