Tabeling has served as associate director, Business Operations for Popejoy since January 2018. She started with the organization in June 2016 as its accountant and will be only the fifth person to lead Popejoy since the hall’s 1966 opening. 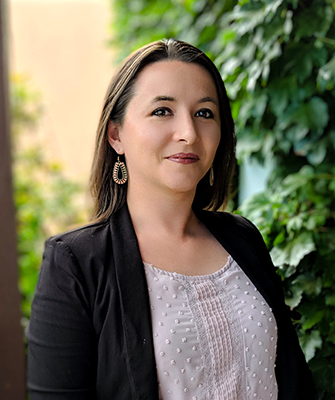 “I feel grateful for this opportunity to serve the Popejoy community of patrons, donors, and artists,” Tabeling said. “Popejoy is one of New Mexico’s greatest cultural assets, a position it earns every year with the shows we host here. I hope to find ways to build on the legacy of financial and artistic growth that Tom Tkach leaves for us all.”

In addition to her experience in the administration of Popejoy Hall, she brings four degrees to the position. She earned a Bachelor of Science Administration with an Accounting Concentration from California State University, San Bernardino. After moving to Albuquerque, she earned a Master of Accounting degree in the Fall of 2014 and a Master of Business Administration, Strategic Management and Policy in the Summer of 2019, both from the Anderson School of Management, University of New Mexico. She finished a Master of Studies in Law at UNM’s School of Law in the Fall of 2021.

Her understanding of theater comes from both sides of the spotlights. Locally, she has performed with New Mexico Shakespeare Festival, Aux Dog Theatre, and Albuquerque Little Theatre. She has also performed with Palm Canyon Theatre in Palm Springs, California.

Tabeling’s work over the past few years in Popejoy has been with donors and Popejoy’s Board of Directors; representatives of UNM and New Mexico’s state government; agents and producers for touring shows as well as Popejoy’s partner for Broadway touring shows; and Popejoy front-of-house and production personnel, giving her oversight of patron services and all technical aspects of Popejoy’s operation.

She has been responsible for developing and managing Popejoy’s $7-10 million annual budget since 2018, tracking financial performance against projections and helping the organization stay on track. Her work with Popejoy’s Development Director includes identifying needs, including long-term capital projects and improvements.

“Any theater has to remain fiscally healthy and must maintain and improve itself in order to serve the artists and patrons who depend on it,” she said. “We always want Popejoy to provide the best experience for performers and patrons alike.” 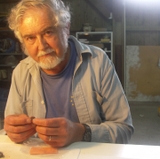 Straus stepping down as Journal of Anthropological Research editor-in-chief