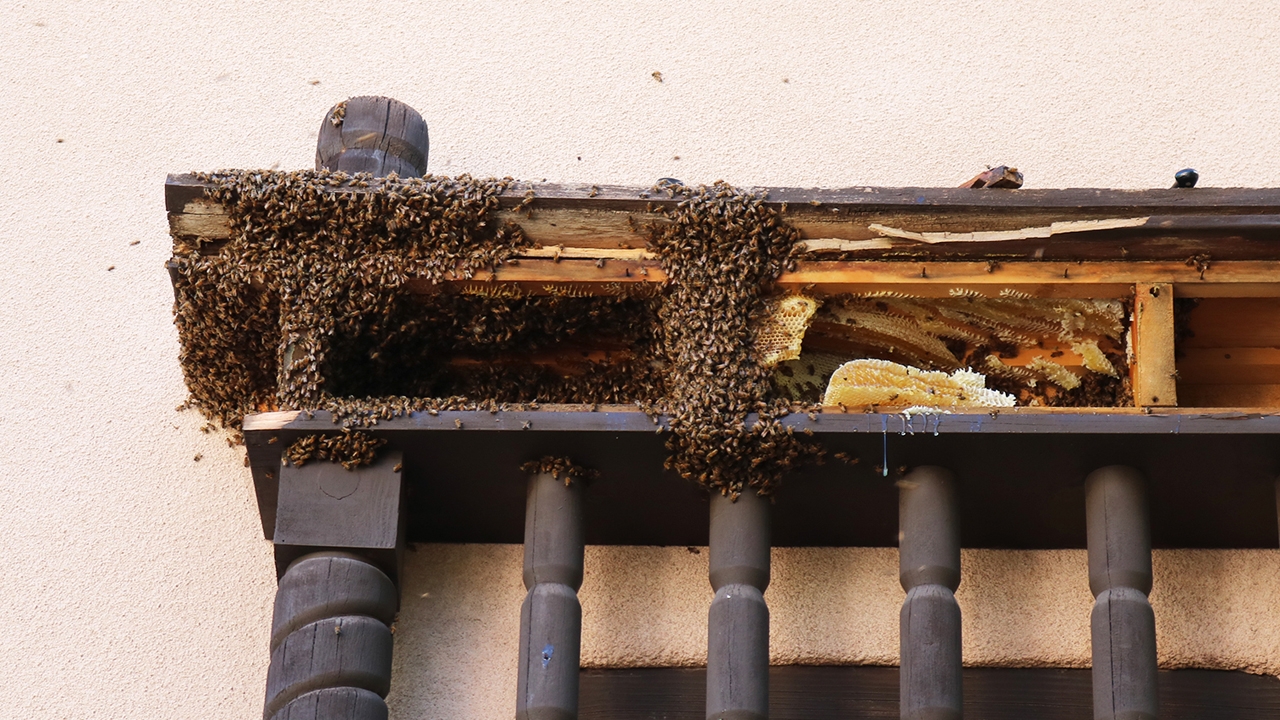 near the entrance to the Maxwell Museum was recently relocated. Heavy honeycomb can damage building structures. 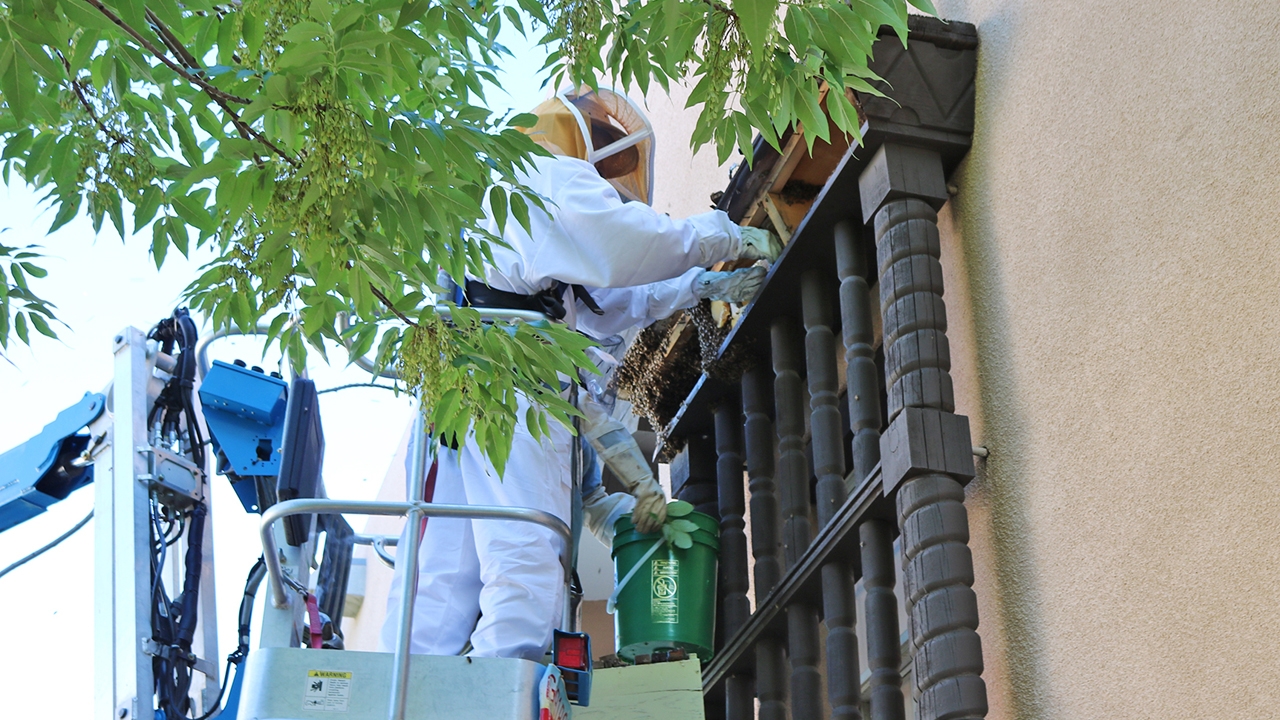 For the second time in as many years, uninvited guests took up residence near the entrance to the Maxwell Museum of Anthropology on the campus of The University of New Mexico. Nested within the decorative trim of the carved window covering adjacent to the south entrance, Facilities Management (FM) Grounds and Landscaping staff found several pounds of dripping honeycomb and thousands of swarming honey bees.

Typically, honey bees go about their business and are a minimal risk to humans, as compared to the more aggressive wasps and hornets, but when their hives are on or around buildings and close to pedestrian traffic, it’s important they be removed. The risks are not just in the potential stings to passersby as bees defend their hive, the heavy honeycomb can damage the structures.

Given the importance of the honey bee to the world’s ecosystem, relocation of the hive is preferable to its destruction. To assist with the relocation, FM’s Certified Entomologist Rene Herrea contacted Albuquerque Beekeepers, or as they informally call themselves, ABQ Beeks. ABQ Beeks is a group of local urban beekeepers who are also members of the New Mexico Beekeepers Association.

ABQ Beeks volunteers joined FM Arborist Alan Billau and Grounds and Landscaping Manager Rich Schorr in the removal of the bees, and they also found a home for the relocated hive. Removal of the bees required time and patience. The first step in the process was to calm the bees with smoke. Once the bees were in a more docile state, the comb was cut away from the window structure and removed. Then the bees were gently placed into a hive box that was used to transport them to their new home.

Due to difficulty in locating the queen, which the rest of the bee colony follows and serves, the removal process took multiple sessions over two days. Despite the stubbornness of the bees, the entrance to the museum is now safe for visitors, and the relocated hive will now support the ecosystem of a two-acre urban farm in Albuquerque’s South Valley, providing the farmers with pollination for their crops and honey for their cupboards.