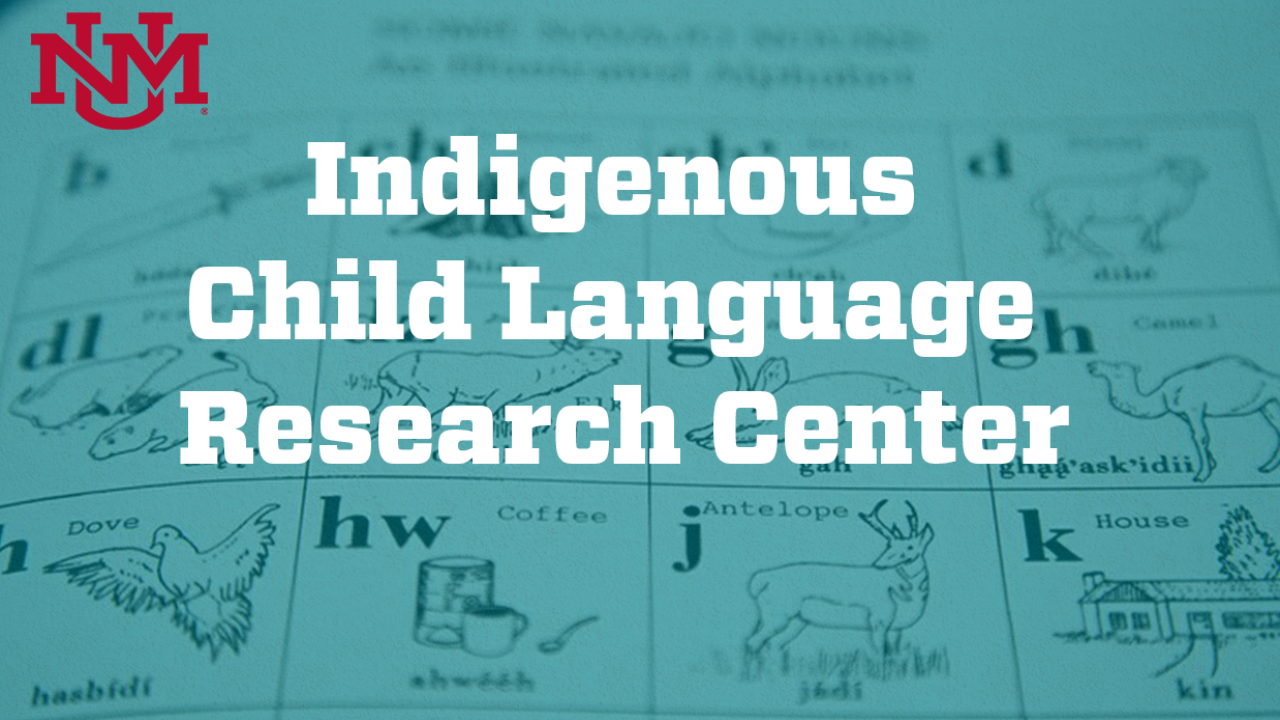 Protecting an endangered language is just as consequential as safeguarding animals on the verge of extinction.

The Navajo language faces threats to its vitality just as imperiled animals do.

Like protecting the planet, preserving a language, and the massive culture attached to it, starts at a young age.

That’s why The University of New Mexico’s Department of Linguistics and Lobo Language Acquisition Lab, are launching the Indigenous Child Language Research Center to follow the progress of infants and children at the Saad K’idilyé Diné Language Nest.

Thanks to a $250,000 grant, this virtual center will be the first of its kind in the country. It will document Indigenous language development with a strong focus on producing Navajo speakers at the most critical period of time for acquisition–childhood.

“Children hold the future of their languages in their hands. When children are no longer speaking their Indigenous languages, those languages will cease to thrive among speakers,” Professor Melvatha Chee said.

“New Mexico should be a place where linguistic and cultural diversity flourish. But its long history of linguistic oppression often marked by severe abuse has led to extensive trauma and loss of language and culture that still has devastating ramifications for children,” she said.

The Saad K’idilyé Diné Language Nest, specializes in children under the age of three. It’s an increasingly important, but time-consuming age to focus on.  Experts say it typically takes three hours to transcribe one minute of Navajo child language.

Recent research shows despite continued usage of the Navajo language by tribal elders, fewer children than ever before are learning it as a first language. That is the immense risk of the language not transferring to future generations.

“In a publication that will appear soon, Chee and Henke discuss the need for the study of language acquisition of Indigenous languages, emphasizing the severe underrepresentation of these languages in acquisition studies,” Center Program Specialist Tamera Yazzie said.

The Center will also serve as a research hub for the greater part of the country. Team members, which is expected to also include UNM students, will document and analyze language methodologies and developmental milestones for Indigenous communities, immersion schools, language nests and Indian Health Services (IHS) pediatric care. They plan to disseminate recommendations for pedagogical approaches when caring for and raising children in the Navajo Language.

UNM students, both Indigenous and not, will also have opportunities to transcribe and translate recordings of the Navajo language to better engage in bilingualism and child language documentation processes.

So what are those processes to capture such a rich, intricate language?

Workers at the Center will focus on establishing a workflow and creating a publicly-available manual for documenting and studying Indigenous child language, while applying these methods to Chee’s current Navajo child language corpus.

It also takes a village to further expand the Navajo language.

That’s why the Center will be working with the Diné Language Teacher Institute, Dual Language Education of New Mexico, and YDI-Head Start to host annual interactive workshops for language professionals and educators, focused on professional development for individuals working directly with children acquiring indigenous languages at home or at school.

Eventually, the Center has plans to identify a central spot on campus for its physical location.

Chee also highlighted the importance of maintaining a language with a diminishing presence among children at the recent Foundation for Endangered Languages (FEL XXVI) conference. She was the keynote speaker for the Nov. 2-4 event, located at the SUB. She will also speak at the upcoming High Desert Linguistics Society Conference.