Three current Ph.D. students and two recent graduates from The University of New Mexico have been selected for the prestigious Fulbright Awards this year. The 2020 awardees from UNM are Carter Barnwell, Laura Steele, Martin Watkins, Jacqueline Hirsh Greene and Emmalee Johnston. 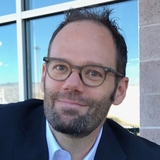 Carter Barnwell | History Research | Spain
Carter Barnwell is a fifth year graduate student at UNM, specializing in Modern European History and twentieth century Spain. His research interests center on European political culture during the Interwar era, and he has been researching anti-fascist discourse as a unifying signifier for disparate political groups in the 1930s. Barnwell employs cultural and spatial theory to explore spaces and places of visual, verbal and physical contestation during the Second Spanish Republic and Civil War.

“I am honored to be selected for the 2020/21 Fulbright Research Award, and excited to study with Dr. Nigel Townson at the Departamento de Historia, Teorías, y Geografía Políticas at Universidad Complutense in Madrid," Barnwell said. "My advisor, Dr. Enrique Sanabria and I are thrilled for this opportunity to solidify formal connections between UNM’s Iberian History program and the vaunted Political History Department at Madrid’s flagship University. Serving as a cultural ambassador in Spain seems especially important now during this current period of uncertainty, and I look forward to helping provide continuity to a program that has been in existence since 1946.” 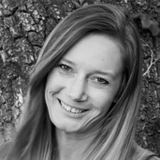 Laura Steele | Anthropology Research | Argentina
Laura Steele is a Ph.D. student in Anthropology and received a Fulbright Research Award in Argentina. Steele's project will address how Indigenous communities on the margins of an empire actively navigated the dramatically changing world around them and maintained their identity through their foodways. She is interested in the long-durée of Indigenous communities as they persisted and renegotiated their identities along the imperial-borderland. This proposed project will establish a comparative case study to complement the work done in the north and examine how, over two centuries, the more mobile and less complexly organized southern Indigenous people, navigated Spanish imperialism that began in the mid-16th century. She has received strong support from Adolfo Gil and Gustavo Neme, researchers at the Argentinian National Scientific & Technical Research Council for her research project. Her faculty mentors include Carla Sinopoli, Emily Jones, Keith Prufer, and Les Field. 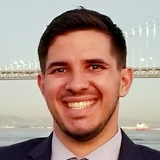 Martin Watkins | Educational Linguistics | Italy
Martin Watkins is a Ph.D. student in Educational Linguistics and has received a Fulbright Research award to Italy. With the award, he will conduct ethnographic fieldwork for his dissertation focusing on Italian Sign Language interpreters in a dual language primary school setting. He is grateful to many people who have supported his endeavors. He would particularly like to thank his UNM advisors and mentors Barbara Shaffer, Tryphenia Peele-Eady and Lois Meyer, as well as Joseph Hill (RIT/NTID), and Miriam Grottanelli de Santi (Siena School for Liberal Arts). He is looking forward to this opportunity to learn how he can better support the communities he works with. 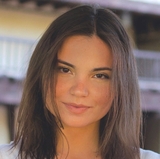 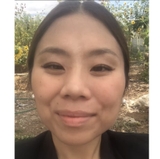 Emmalee Johnston | English Teaching Assistantship | Malaysia
Emmalee Johnston graduated from the University of New Mexico with a BA in Spanish and Italian and a minor in Political Science. As someone who is passionate about language, she spent six months during her time at UNM studying language in Granada, Spain and five months in Perugia, Italy. Upon returning, Johnston served as Cultural Director for ASUNM Student Special Events, worked as an Orientation Leader and tutored English and Spanish. After graduating, she returned to Italy to become TEFL (Teaching English as a Foreign Language) certified. Johnston now works at The University of New Mexico School of Law and plans to pursue a law degree upon her return.

“I could not feel more grateful to be a recipient of such a meaningful and impactful award as the Fulbright," Johnston said. "I couldn't have done it without the support of my family, recommenders and Kiyoko, who provided me with the encouragement to pursue my goals. I am so honored and thrilled to have been awarded this once-in-a-lifetime opportunity and to follow in the footsteps of those who have been awarded this scholarship before me.”