Five standout women from The University of New Mexico were among 27 honored and recognized by the Albuquerque Business First at its 15th annual Women of Influence Awards luncheon today at Sandia Resort and Casino for making a lasting, positive mark on New Mexico. They include: Doris Careage Coleman, Marjorie Goldstein, Ane Gonzales Lara, Kymberly Pinder and Sonia Gipson Rankin.

This year's Women of Influence come from a wide variety of industries and their roles are just as varied. They are CEOs, entrepreneurs, doctors, nonprofit leaders and more. The honorees are now regarded as some of the most powerful women of New Mexico.

The selection process for these women began with a call to the public for nominations of New Mexican women who are leaders and role models in the community. Nominees were asked to submit an application with information about themselves. A panel of judges evaluated the applicants on professional achievement, community involvement and leadership. 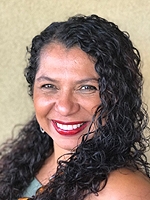 Doris Careage Coleman
Adjunct Professor, Chicana and Chicano studies
A former restaurateur, chef, and TV producer, Doris Careaga Coleman currently serves as a visiting professor in the Chicana Chicano Studies Department at The University of New Mexico, where she also earned her Ph.D. in Spanish and Portuguese. Her research includes the study of Son Jarocho, Afromexican foodways as cultural retentions, and the legacy of Caribbean dance in Mexican culture. Careaga Coleman has dedicated most of her professional life to the study of Afromexican cuisine. She has discovered the wealth of culture associated with the unique culinary arts found in 12 Afromestizo communities in the state of Veracruz.

Her current book project builds upon her existing work in Afromexican culinary traditions. In this book she uses the cultural retentions found in the Afromexican kitchen to establish an index for Afromexican culture and identity more broadly. Careaga Coleman believes that this field of inquiry is especially useful to Afromexican communities in their decades long quest for national recognition.

Careaga Coleman is the founder and lead advisor of Colectivo Afro-Tamiahua, a civil association established for the benefit of Afrodescendientes in Veracruz and other states in Mexico. Careaga Coleman is currently working to establish Conexiones Africanas, a nonprofit organization that provides support and guidance for Civil Associations committed to addressing healthcare and educational disparities in the communities of African descent that comprise the African Diaspora. 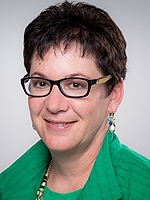 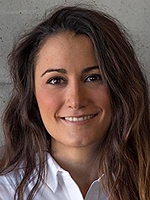 Ane Gonzalez Lara
Assistant Professor, School of Architecture and Planning
Ane Gonzalez Lara is a designer with great experience in practice at a wide range of scales and project types in the U.S. and Europe. She is a partner at BAT-USA, an architecture firm based in Spain.

Her research focuses on the tectonics, assembly systems and materiality of contemporary Ibero-American architecture, while also exploring the relationship between space, geometry and materiality through her practice.

Lara received her Master of Architecture from the Escuela Técnica Superior de Arquitectura Universidad de Navarra (ETSAUN). Previous to working at UNM, she was an adjunct professor at the University of Houston (Texas) and worked at SCHAUM SHIEH, assisting on the design of the White Oak Music Hall in Houston, Texas. Lara also worked at VG Studio in Houston, at ErenlerBauer in Berlin and at ACXT/IDOM in Spain. 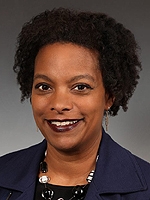 Kymberly N. Pinder
Dean, College of Fine Arts
Kymberly Pinder believes the arts are an essential part of this New Mexico’s identity and its economy. Her vision for  The University of New Mexico's College of Fine Arts is to create an outreach into multiple and diverse communities a prominent aspect of the College’s profile. She is fully committed to the many interdisciplinary initiatives and collaborations across departments, across the campus the world.

She writes, lectures and teaches in the U.S, and abroad on representations of race and religion in American Art including in the work of Romare Bearden, Dox Thrash and Kara Walker. Pinder edited Race-ing Art History: Critical Readings in Race and Art History and her scholarship has appeared in The Art Bulletin, The Art Journal, Third Text, and The African American Review among other periodicals. Her latest book is Black Public Art and Religion in Chicago, which is forthcoming from the University of Illinois Press.

Pinder has received awards and fellowships from the National Endowment for Humanities and the Mellon, Ford and Henry Luce Foundations, among others. In 2007, she was a scholar-in-residence at the New Mexico Georgia O'Keeffe Research Center as she completed her forthcoming book on art in Chicago's African American churches, "Black Public Art and Religion in Chicago."

Pinder graduated from Yale University with a Master of Arts, Master of Philosophy, and doctorate, all in art history. She is a professor and former department chair in the Department of Art History, Theory and Criticism at the Art Institute of Chicago. She teaches, writes and lectures widely on representation of religion, history and race in American art. 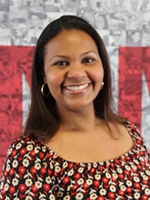 Gipson Rankin loves being in the classroom and teaches courses in Africana Studies, related to race, law, and technology. She teaches undergraduate courses such as Race and the Law, and Race in the Digital Age. She has also taught Civil Rights Movement; Black Women; Race, Family and the Law; and Black Liberation and Theology. In 2016, Rankin was named one of 10 Outstanding First-Year Advocates by the National Resource Center for her work related to first year college students.

She also serves as chair of the New Student Orientation Advisory Committee and chair of the UNM Web Advisory Committee. She serves as faculty advisor for UNM’s chapters of Phi Sigma Pi and the National Society of Black Engineers, Collegiate Chapter. Gipson Rankin has been committed to her community, serving in the past as Vice-President of her children’s elementary school PTA and as a pre-teen volleyball coach through the YMCA.

Gipson Rankin is the past president of the New Mexico Black Lawyers Association, a member of the State Bar of New Mexico Committee on Professionalism, and director of the Women’s United Ministry at her church. She earned her Juris Doctorate in 2002 from the University of Illinois College of Law and her BS in Comnputer Science from Morgan State University in 1998.