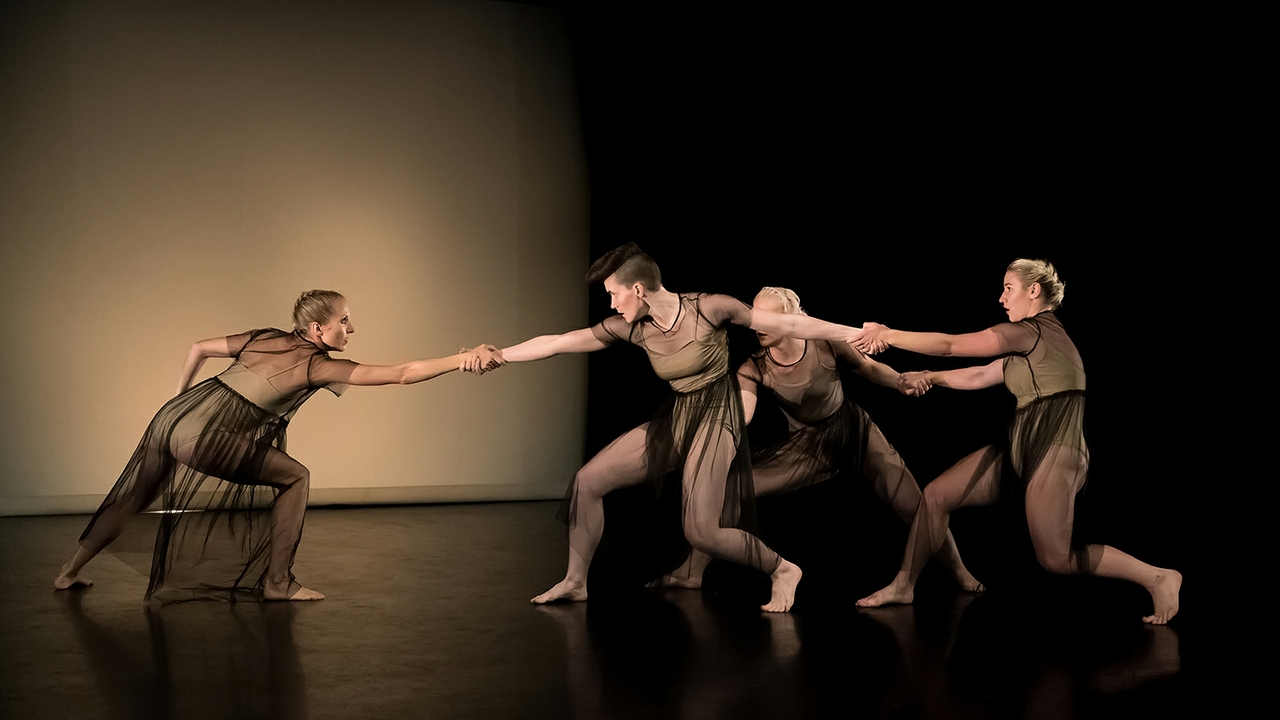 Presented by the Department of Theatre and Dance
February 14, 2019
Categories: Inside UNM College of Fine Arts Theatre & Dance

The University of New Mexico Department of Theatre and Dance begins its 2019 spring production season with the faculty dance concert, FOREFRONT, Feb. 22 through March 3 in Rodey Theatre.

Come out and enjoy an evening of dance that is innovative, insightful and inspiring, featuring original choreography in both contemporary dance and flamenco by international guest artists and UNM’s distinguished resident faculty, highlighting the extraordinary talents of the students in UNM’s dance program.

Internationally acclaimed multifaceted artist Francesca Harper created a new work with the students at UNM while in residency this past fall. In Radical Beasts, Harper examines the fine lines between intimacy and protest, tension, release and humanism in our current social and political climate.

Radical Beasts turns the questioning to the audience, asking viewers to consider our next steps as a global community towards equality and justice. Harper is committed to works rooted in artistic expression, empowerment, and social awareness. Harper is the Artistic Director for the Movement Invention Project® and recently served as Movement Director for Nick Cave’s “The Let Go,” an exhibit commissioned by the Park Avenue Armory.

Guest artist Kelsey Paschich presents her work Archetype, a journey through four Jungian archetypes: the persona, the shadow, the anima/animus and the self.

The work exposes aspects of the shadow self and uses dance as a language to communicate that all humans inherently have darkness and light within. By uncovering inner darkness through movement, Archetype is a celebration of human diversity. About the piece, Paschich said, “In a current world that is divided on so many issues, Archetype models the exposure of inner darkness and light as a reason for unity, not segregation.” An Albuquerque-native, Paschich is a dancer, choreographer, educator, filmmaker, and a founding member and co-director of SHIFT | DANCE.

Together, a new work by Professor Vladimir Conde Reche, is set to music by Igor Stravinsky with costume design by Professor Dorothy Baca. It depicts a group of women working together, creating an atmosphere of companionship, understanding, collaboration and individual growth developing a stronger community. Reche's work continues to challenge performers’ abilities and physicality, pushing them to bring forward training, technique and artistry, creating a memorable experience for both performers and viewers. A native of Sao Paulo, Brazil, he received a BFA from Julliard in 1995 and an MFA in choreography from the University of Iowa in 2008. Reche danced extensively with the Cisne Negro Dance Company and Ballet Stagiun, and as a guest artist performing in Brazil, throughout South America, England, Germany, Italy, Panama, South Africa, New York and other major cities in the United States.

Also included is The Game II, choreography by Takehiro Ueyama, the founder and director of TAKE Dance. Ueyama was a baseball player in Japan before fully committing to dance, and as a result his work blends eastern and western sensibilities. Combining powerful athleticism with traces of his Japanese heritage by employing delicate gestures, Ueyama’s repertoire is inspired by the beauty in nature, the duality of darkness and light in the universal human condition and the humanity and compassion in day-to-day living. These elements, along with various partnerships and collaborations with artists of other genres, lend diversity to movement, music and subject matter. 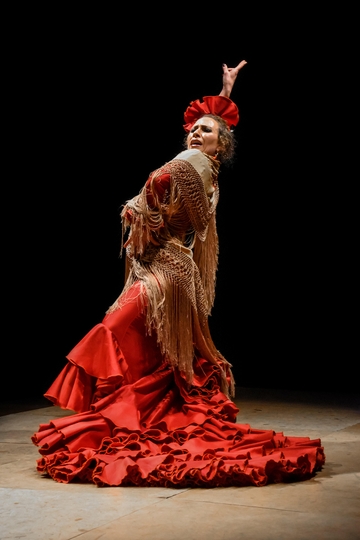 Campanas, by Águeda Saavedra, was set for the UNM Dance Program in Spring 2018. Her extensive experience in large dance companies clearly informed her process, marked by her expert of use of space. This work shows her unique dance quality, a beautiful blend of fluidity and strength. Saavedra was born in Nerja in 1995. She studied at the Conservatory of Dance in Málaga and at the Conservatory of Dance Carmen Amaya in Madrid.

Soleá, the title of a new work by Irene La Sentío, is a song form in flamenco. It adheres to the principle bailar al cante, which translates as “dance to the song.” About her work, La Sentío said, “De Paso: Nothing is eternal… everything comes and everything goes. We are only ‘passing through’ in this world, to enjoy and live with the intensity, the joys, the pains, and the encounters that are fleeting but eternal in memory. We just must stay on the road, alone but full of experiences, memories, and emotions that leave their mark on us.”

At 21, La Sentío moved to Sevilla, Spain, where she studied under Juan De Los Reyes, Juana Amaya and the Farruco family. Because of her tenacity, strength and natural ability to transmit emotion, La Farruca baptized Irene with the nickname “La Sentío.”