Dr. Paul Platero, Edge of the Water Clan, died Nov. 16 in an automobile accident. Platero, 78, served as director of the Navajo Language Program at The University of New Mexico from 2007 – 2014.

Platero grew up in Canoncito, now Tohajiilee, about 30 miles west of Albuquerque. Education took him out of his community and brought him back again to teach Navajo. Platero, a former assistant professor in the UNM linguistics department, was born in the Navajo way. 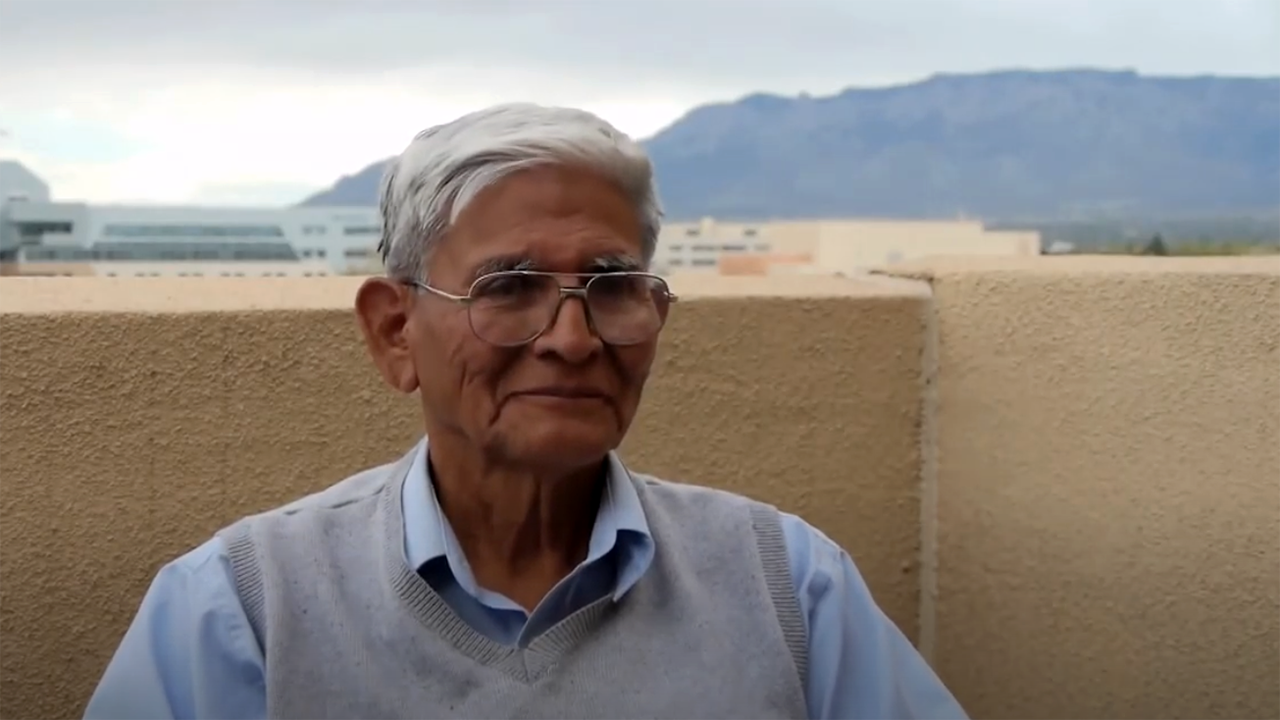 "I was born in a shade house, my mother clinging to a strap and the medicine man singing, encouraging me out," he said. His father, who was monolingual Navajo, fought in World War II. "I was four and a half before he saw me," Platero said in an interview in 2011.

In addition to UNM, Platero had a distinguished record of work in Navajo education. According to Assistant Professor Melvatha Chee, the current director of UNM’s Navajo Language Program, “He was one of the first Navajo scholars of Diné bizaad.” He taught Navajo through an organization called the Navajo Language Academy, as well as in positions with the Navajo Division of Education, Swarthmore College, Navajo Technical University, and also with a variety of public schools and community colleges on the Navajo reservation. He also participated in language revitalization efforts to promote the use of Navajo among its youth. He impacted many students and colleagues during his long teaching and research career.

Platero took a 30-year break from academia before Sherman Wilcox, a UNM linguistics professor, lured him back in 2006. His publications on Navajo constitute a major contribution to documentation and analysis of the lexicon and grammar of this language. He was known especially for his research on Navajo syntax, including particularly influential work on relative clauses and noun phrases. In 2000, Platero published a volume titled The Athabaskan languages: Perspectives on a Native American language family with co-author Ted Fernald.

Platero attended both the Santa Fe and Albuquerque Indian Schools. He recalled the shavings of lye soap the children were forced to put in their mouths if caught uttering Navajo or other native languages. "First it burns, then it numbs the mouth. Then you were told to spit it out and replace it with a new shaving. By doing it again, they were reinforcing that speaking Navajo was bad. It took its toll," he said.

In his sophomore year, he was sent to a church-sponsored school in Logan, Utah. He graduated and then went to BYU and served a mission for two years with his people. He was a pre-med student, preparing for that profession to “repair the people.”

During his mission, he developed a new awareness of Navajo language and culture, which changed the direction of his education to linguistics. He went back to BYU and gravitated toward linguistics. However, BYU’s linguistics program wasn’t very good so he went into anthropology. Platero later applied to and was accepted by MIT, even though he lacked one course to graduate from BYU.

He entered graduate school and studied linguistics under Kenneth Hale, his mentor, professor and friend with whom he developed a fruitful collaboration. Platero's master's thesis focused on relative clauses in Navajo. He returned to New Mexico only to be called back by MIT to get the Ph.D., which he completed in 1978 under the direction of Hale.

By then, Platero had experience living among non-Navajos. He also had a young family and a wife whose primary language was Navajo.

"Out of necessity, we taught our children English because they were the only Navajo children in the school – maybe in any school in Massachusetts," he said. "Many of the UNM Navajo students grew up in urban areas, like Albuquerque. They knew of the language and culture of their parents and themselves but were not fully a part of it.”

Platero taught Navajo students about the culture as well as the language because of their intimate connection. "I teach them simple songs and winter games they can use later in life. You can't learn a language in isolation," he said at the time. "Language can only go so far. To be fluent, you have to bring in other things, especially culture.”

Platero was often seen working in his garage or around his residence. He enjoyed raising Angus beef and sheep, gardening, fishing, boating and family vacations.

Lobos asked to assist with vaccine clinic at The Pit