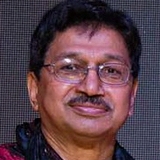 The term “inventor” may bring to mind images of gears and light bulbs, but modern inventions look a little different. Picture lasers, chemical detection and the tools that help build your smartphone.

Ravi Jain, a former University of New Mexico electrical and computer engineering professor of nearly 30 years, has been named a 2022 Fellow of the National Academy of Inventors. He is one of 169 academic inventors selected this year.

Election as an NAI Fellow is among the highest professional distinctions awarded in academic invention. The program highlights those who have demonstrated a spirit of innovation in the creation of inventions with tangible impact on quality of life, economic development and the welfare of society.

"This year's class of NAI Fellows represents a truly outstanding caliber of innovators. Each of these individuals have made a significant impact through their work and are highly-regarded in their respective fields," said Paul Sanberg, NAI president. "The breadth and scope of their inventions is truly staggering. I am excited to see their creativity continue to define a new era of science and technology in the global innovation ecosystem."

Jain has made contributions to electrical engineering, fundamental physics and applied physics during his more than 40 years as an engineer and physicist. He holds more than 28 patents and his inventions include multiple ultrashort pulse lasers, fiber lasers, and optical oscillators.

“The issue with invention is that inventors cannot always immediately see the impact of their work,” Jain said.

A fiber laser he patented in 2003, years before Apple launched the first iPhone, is now being used by tech companies in Japan and South Korea to efficiently cut glass for use in new mobile devices.

While Jain’s early research focused largely on fiber lasers used in telecommunications, like the fiber optic technology that operates the internet of things, his more recent work has been with microsensors, specifically the development of those able to detect the presence of chemicals and changes in temperature.

“One fine morning you may have an idea and wonder if you can try it out,” Jain said. “You spend more time on that topic and things evolve from there.”

Lasers and microsensors are not so different. Jain, who left UNM last year and works on research projects around the world, has found opportunities to combine the two in a project he’s developing with a UNM alumnus in India.

Balaji Srinivasan, who obtained his Ph.D. from UNM in 2000, is now a professor at the India Institute of Technology Madras, located in Chennai. Jain and Srinivasan met during Srinivasan’s doctoral study and have since worked on several patents and papers together.

Their next project aims to develop technology to detect pollutants in the water supply in India. The pair are working to develop microsensors to monitor precise levels of water pollutants, like arsenic. Sensors will be connected to a fiber optic communication device that can send real-time information to health agencies.

It’s inventions with real-world applications that draw the attention of the NAI. The 2022 cohort holds more than 4,800 patents. The combined inventions of all NAI Fellows have generated more than 13,000 licensed technologies and created more than one million jobs.

The 2022 class of NAI Fellows will be inducted during the Annual Meeting of the National academy of Inventors on June 27, 2023 in Washington D.C.