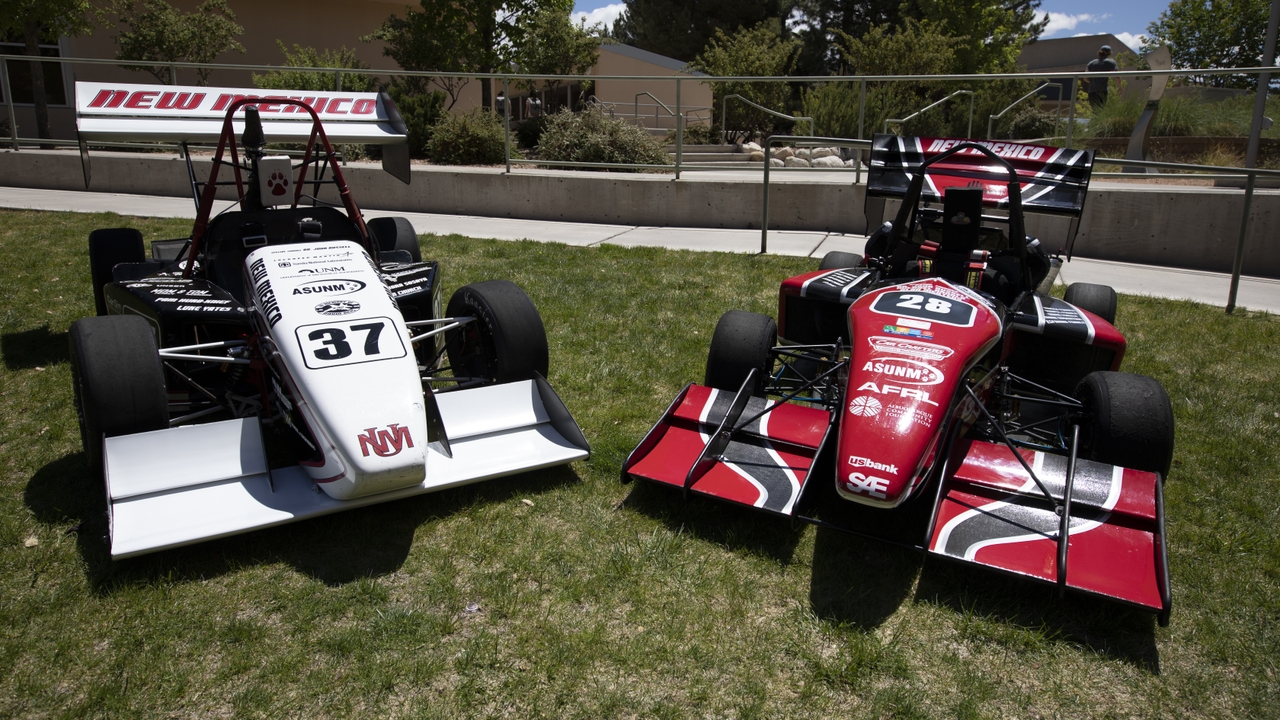 As members of a small but well-established program, The University of New Mexico’s Formula Society of Automotive Engineers (FSAE) team members always know it’s a bit of an uphill battle competing against some of the largest and best-financed programs in the world.

But if adversity does indeed make you stronger, UNM’s team is made of steel and ready to take on the world.

The team will show its mettle June 20-23 at the Formula SAE competition in Lincoln, Neb.

This year’s team has the advantage of experience. For the second year in a row, the team leader is Jonathon Abeyta, a mechanical engineering senior, who went to Lincoln last year. But it was not the original plan to have Abeyta lead the team again. That decision came abruptly in early-winter, when the team leader stepped down, so the rest of the team members had to pull together to get the job done.

The program is well-tested, with two decades of design, building and racing experience under its belt. The team has been ranked as high as fifth best out of 125 in the United States and no. 18 of 500 in the world.

The last few years have been rough on the team, however. Russell says it’s a constant challenge to compete in an arena where many teams are extremely well-financed, especially overseas programs. As others get better, the bar is raised every year, making it all the more challenging for a program like UNM’s to compete.

Last year, the program added Mike Arnold, a racing veteran who worked for years with Al Unser Jr., a two-time Indy 500-winning driver, as lab manager. Arnold helped the team with the building, design and fabrication of the car and implemented important changes in the shop so it was run more like a professional racing team.

Although there are loyal donors to the program, the team for years has realized the need for a bigger workspace and updated equipment. The car is currently built in the cramped space in the basement of the Mechanical Engineering Building. Arnold has helped to better organize and maximize the space, but they have been limited in what they can do in the shop.

But this spring, the program received a $1.5 million gift from the estate of School of Engineering alumnus Dana C. Wood. The money will go toward a 7,000-square-foot space on the north end of the basement of the Farris Engineering Center that will be dedicated to the FSAE program.

Russell said plans are already under way to solidify design and construction contractors for the project. It is anticipated that the new lab will be completed by August 2019.

In the meantime, the team is excited about the future but focused on the present. Last year, the car had reliability issues, so they decided to go back to basics and make a simpler-designed engine that kept the same horsepower but is more consistent, said Erich Schwaller, systems head and technical lead on this year’s team.

Schwaller, who attended the competition in Lincoln last year, said that although many teams have more resources, he came back feeling optimistic and encouraged about the state of UNM’s program.

“It was a really positive experience and we learned a lot,” he said. “It’s also very collaborative at competition, so if one team needs something, another team is always there to help out.” 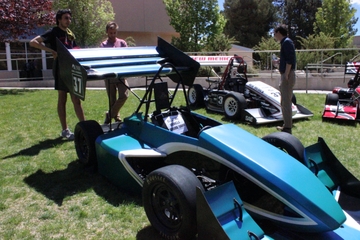 At the same time the team has been preparing this year’s car, they are also working on another car in the background: an electric car. Although the car is mainly just a metallic turquoise shell at this point, and probably a few years away from competing, plans are in the works, especially for next year’s team.

At the Lincoln competition, there will be 80 internal combustion cars from around the world, plus 20 electric cars, Russell said.

Marissa Martinez, a senior in mechanical engineering, will be going to Lincoln for the first time this year and will also be on 2019’s chassis team in addition to working on the electric car, including ordering pricey parts from Europe and figuring out how to budget for the building of two cars.

A lot of her job this year has been working on budgeting and, since the program has thin margins, it’s forced her to make sound engineering decisions.

She said the team has improved its data collection methods, so next year’s team will be able to benefit from that in making purchasing decisions — what worked and what didn’t work for the money.

“We’ll really be able to optimize next year,” she said.

Schwaller said they are encouraged by the car they’ve built thus far and are working on driver practice and in making sure the car is as sound as possible before it travels to Lincoln.

“We’re focused on making sure it’s designed correctly and are trying to break things so we will know how to fix them,” he said.

The LOBOmotorsports FSAE program is a problem-based, hands-on senior design program where over the course of three semesters, students design, build and race a small Formula-type racecar for international competition. The project includes every aspect of systems engineering, project management and teamwork seen in a government or industrial engineering development program. In a little over a year, the team takes a system from conception to operation. The program is interdisciplinary and has about 45 students on each year’s team. It is one of the few programs in the country that doesn’t operate as a club. Instead, FSAE is a for-credit alternative to a senior design project.

Click to donate to the Formula SAE car program,

To donate to the FSAE electric car, click here.