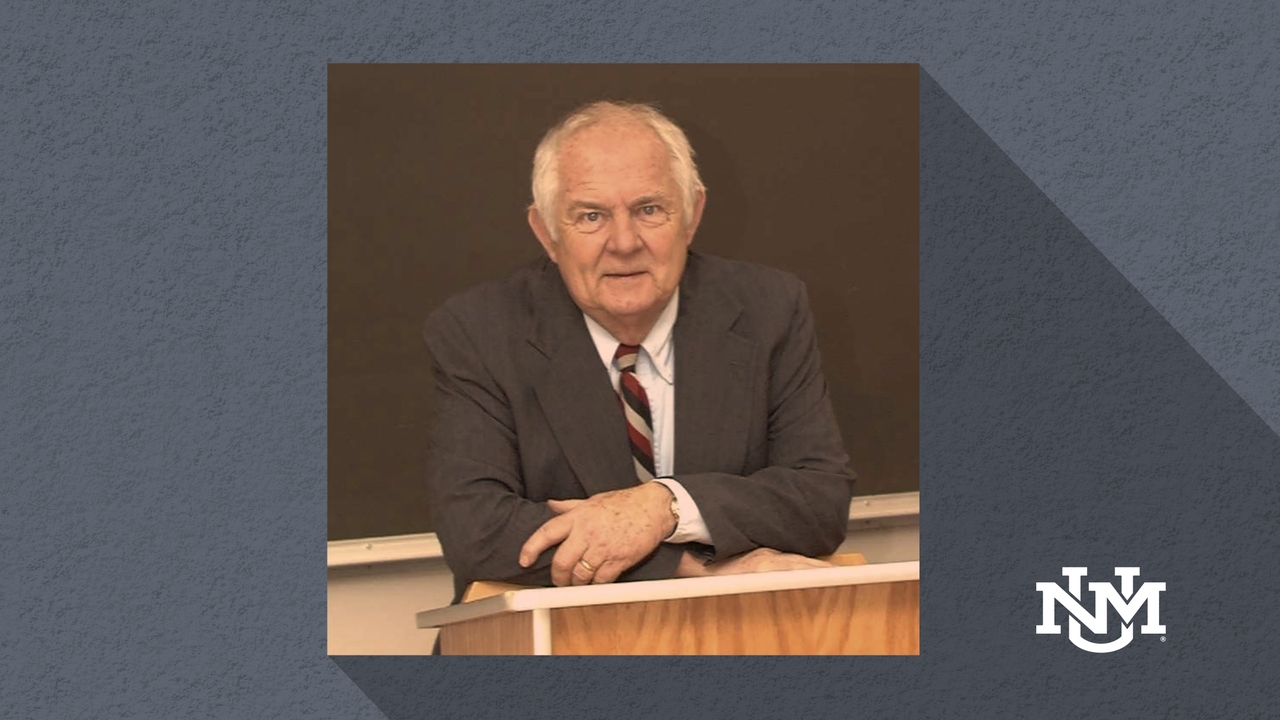 Those who worked alongside him and shared in his dedication and passion of law say there is no way to adequately express the immeasurable impact Dean Fred Hart had on the University of New Mexico and the greater community as a whole.

“Fred was a leader and a visionary. He is the architect of the present-day UNM Law School,” said Robert Desiderio, close friend and former UNM School of Law dean. “At the same time, Fred was a humble person whose concern was always for the wellbeing of the other person. His office door was always open for faculty, students and staff to visit, which they often did for advice and counsel. He will be missed, but his legacy will continue forever.”

Hart joined the UNM Law faculty in 1966 for what he thought was a one-year visiting professorship. During his more than 50 years as a faculty member, including two terms as dean from 1971 to 1979 and 1985 to 1986, Hart helped shape the Law School into the inclusive and welcoming community it is today. He retired in 2003, only to return earning the title, professor emeritus, where he taught all the way up until last May.

Close friends describe Hart as a true champion of diversity. Shortly after arriving at the UNM School of Law, Hart was asked to create a pre-law summer program aimed at increasing the enrollment of Native American law students. The Pre-law Summer Institute has become the most successful program of its kind in the country. After female students approached him about the lack of diversity on the faculty, Hart hired Anne Bingaman, the first female professor in 1972. That same year he hired the first two Hispanic professors, the late California Supreme Court Justice Cruz Reynoso and Professor Emeritus and former Dean Leo Romero.

“Fred Hart was ahead of his time in so many respects. He worked hard to diversify every layer of the law school, including faculty, staff and students. He really lived a life of inclusion—it wasn’t a theory for him. Rather than encouraging factioning, he had a way of bringing people together,” Associate Dean Nathalie Martin said.

Hart was also a champion of the school’s Clinical Program, which was at the forefront of legal education, a first of its kind to be required of every graduate and one of the only programs in the nation that made positions in the clinic tenure-track. His commitment to the practice and teachings of the law are being remembered today by his fellow faculty and former students at UNM and across the community.

“Fred was a giant in the legal profession, and there is no one who has had a greater impact on our law school community. He was a close friend and mentor, and I will miss him dearly,” said Dean Sergio Pareja, UNM School of Law.

Hart had a reputation for being a great teacher who cared about his students. He taught commercial law and wrote extensively in a treatise in the Uniform Commercial Code. Hart was also known for his uncanny knack of throwing up his chalk and catching it behind his back.

Alumnus David Martinez credited Hart with “taking a single state school in New Mexico and making it into a school with a national reputation. It was a constant and continuous personal effort to build the school one person, one faculty member, one student at a time.”

Hart not only left his imprint in the classroom, but throughout the Law School. In 2002, the UNM School of Law dedicated The Frederick M. Hart Wing in his honor. The Frederick M. Hart Chair in Consumer and Clinical Law was established in 2010. Hart was awarded the Bernard S. Rodey Award from UNM Alumni Association in 2016; the distinction recognizes those whose leadership efforts have contributed significantly to the field of education.

Hart often spoke about the importance of what is meant to be a good lawyer; remembering to have love and respect for clients, fellow lawyers, judges, clerks and all those you come into contact with in hopes of making the world a better place.

Hart’s contributions to the UNM School of Law and the legal community are innumerable. His friends and former colleagues say his passing is a great loss to the community, but his legacy lives on through the barriers to legal education he helped knock down and programs he helped create that continue to impact students, the law school and the greater community.