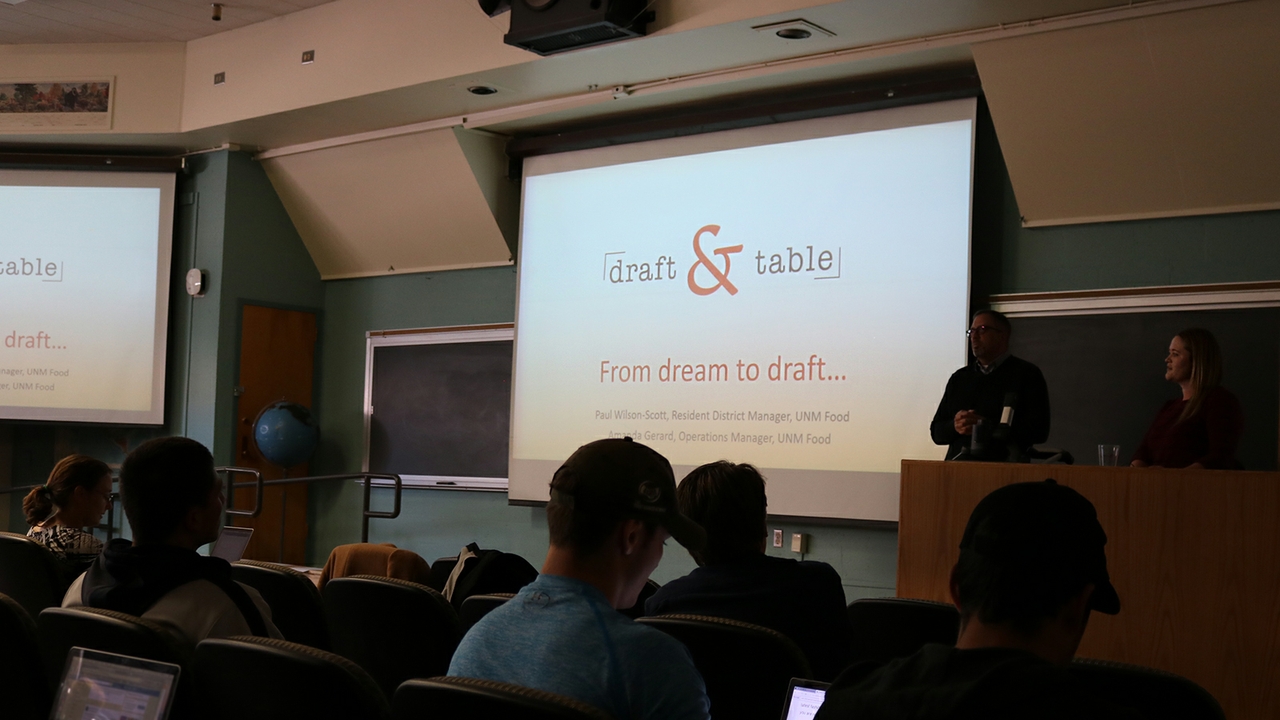 The World of Beer

Students learn about the evolution of Draft & Table 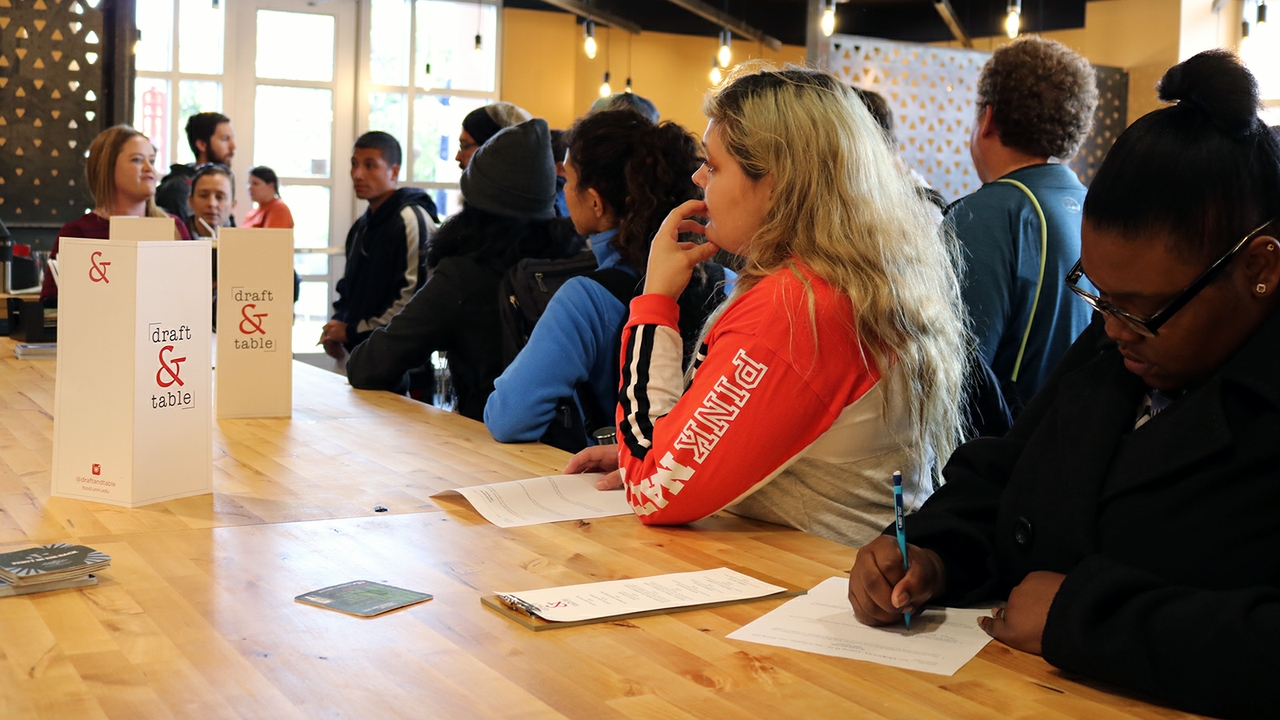 Students from The World of Beer class visit Draft & Table 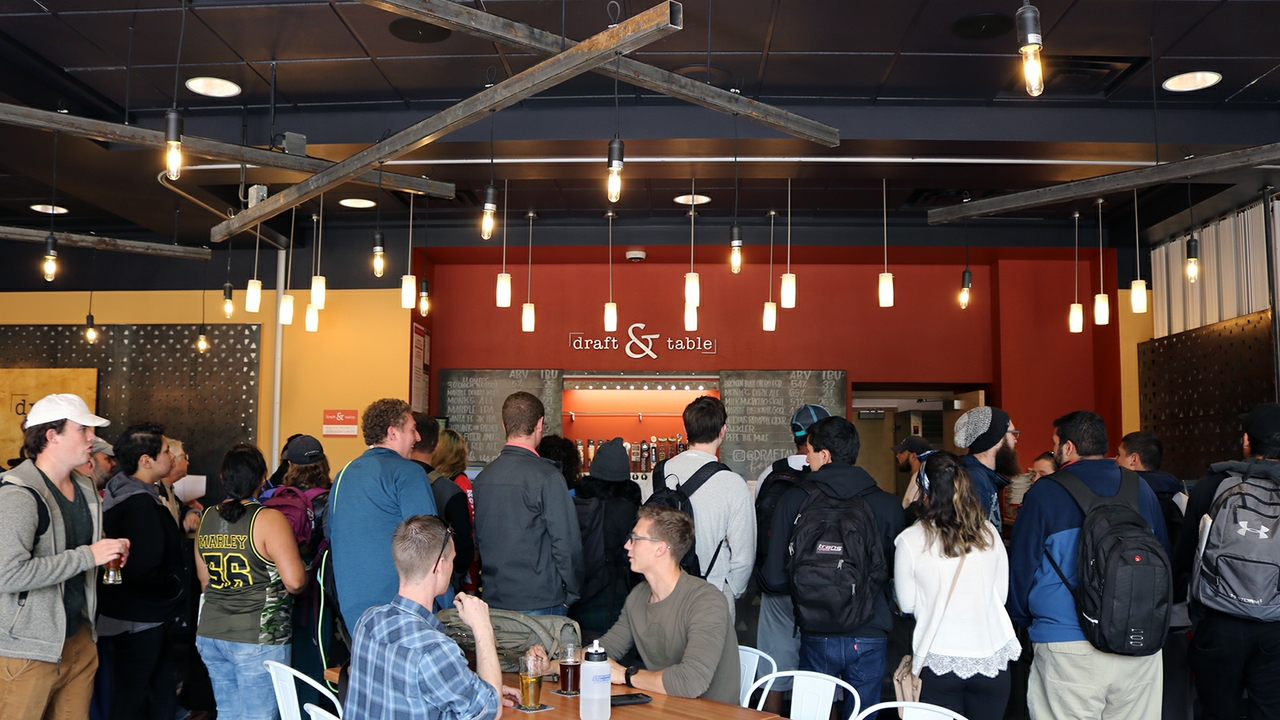 The World of Beer students gather at Draft & Table

Gathering and learning over pints

The subject of geography typically brings to mind things like the terrain of the earth or the composition of mountains, not… beer. Merging topographical exploration with the study of ales and brews, students in The World of Beer class at The University of New Mexico learn about much more than different varieties of hops.

According to the UNM course catalog, in The World of Beer, students “examine social and ecological influences on its (beer’s) development and explore the functions of beer from historical, economic, cultural, environmental and physical viewpoints.”

With the opening of Draft & Table – UNM’s very own taproom and restaurant – in the Student Union Building (SUB), students were able to draw a direct, tangible correlation between the art of brewing beer and the work it takes to make the product economically viable.

Britney Anderson, a junior at UNM, said she now has a stronger appreciation for what brewery owners have to manage. With 72 member breweries in the New Mexico Brewers Guild, there are plenty of local proprietors to learn from, and Draft & Table brings many of them together under one roof.

“I love the local breweries a lot, and it’s cool to see so many of them represented on campus,” Anderson said.

Guest presenters from UNM Food – Amanda Gerard, operations manager and Paul Wilson-Scott, resident district manager – walked students through the process of opening a taproom on campus, which started in the spring of 2016 and culminated in Draft & Table’s opening on Oct. 1. They reviewed stakeholders and partners, licensing requirements and the construction process.

After the presentation, the class took an autumn stroll down to Draft & Table for some more experiential learning. Students 21 and over were given a special pint to signify legal drinking age, in addition to the regular ID check at Draft & Table.

Senior Kusha Giahi enrolled in The World of Beer class as an elective, after hearing good things about it from his friends.

Both Giahi and Anderson say they plan to utilize the space as a meeting place to work on projects, study and hangout with friends. For the UNM community, Draft & Table is shaping up to be a great place for leisure, libations and learning.