UNM Newsroom / News / GO Bonds on the ballot this fall 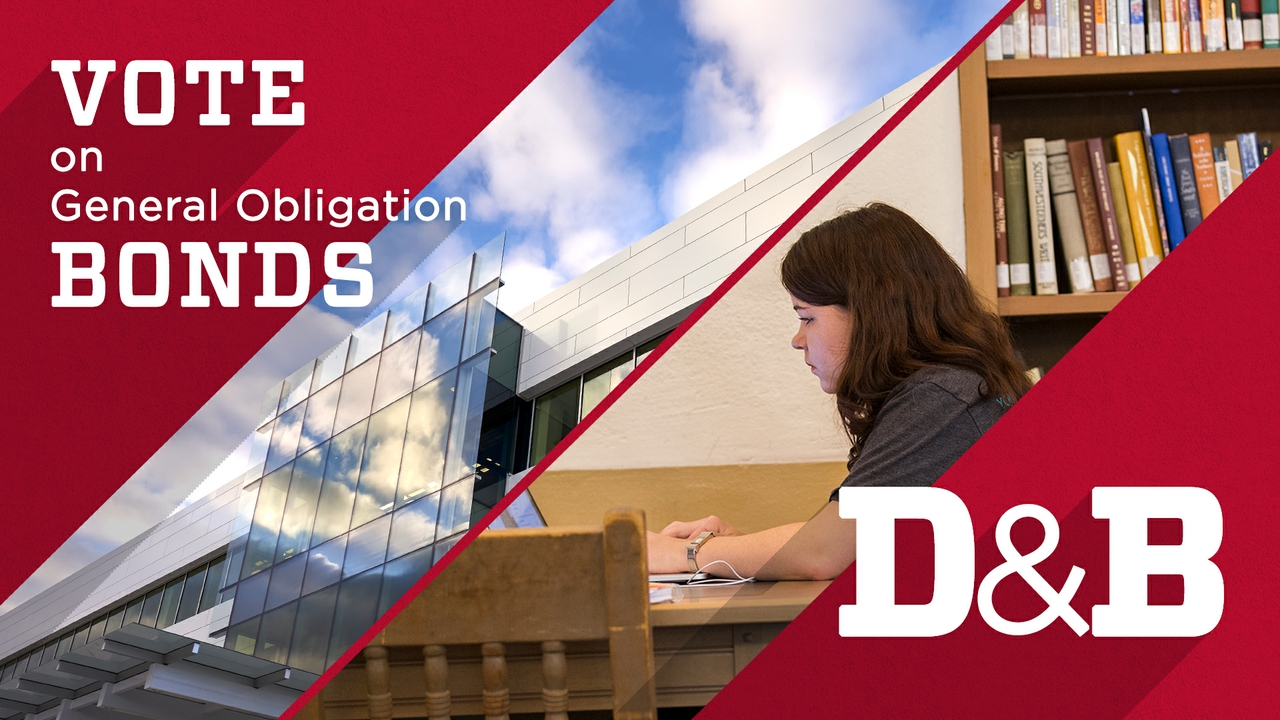 GO Bonds on the ballot this fall

This election cycle, New Mexicans will vote on General Obligation Bonds B and D, which, if passed, both could result in funding for The University of New Mexico.

GO Bond D is for higher education and includes funding for three UNM projects, while GO Bond B is for libraries, including those on the UNM Main and North Campuses.

General Obligation bonds come before the voters of New Mexico every two years. They are a proven and accepted method of funding brick and mortar projects throughout the state. Starting during early voting Oct. 9, New Mexicans will be able to cast their votes on whether to approve the bonds, which provide New Mexico’s colleges, universities, specialty schools and libraries the ability to ensure students have the tools and resources they need to be successful.

Passage of the bonds would not only ensure better facilities for students and researchers; a solid system of higher education impacts all New Mexicans by strengthening the economy. If Bond D passes, it would create an estimated 1,000 jobs in construction, architecture and related fields.

Bond B would allocate $4 million each for higher education libraries, public libraries and public school libraries. It would also provide $750,000 for New Mexico Tribal libraries.

Chemistry Renovation – Phase II
The bond money would renovate and modernize a portion of the 65-year-old Chemistry Building. Changes would include updating classrooms, labs and offices, remodeling areas to include upper division labs, and revamping the building’s primary teaching auditorium. In addition, the money would support infrastructure and research laboratory upgrades in the Riebsomer Wing of Clark Hall. The Department of Chemistry and Chemical Biology is one of the oldest and most well-established departments at UNM having become an academic unit in 1913, just after New Mexico became a state. In 2015, the Department served more than 7,000 undergraduates and graduate students from more than 20 different UNM degree-granting programs and generated more than 22,000 student credit hours.

“The Clark Phase II renovations will be able to bring upper division teaching labs into the 21st century,” said Karen Ann Smith, Research Facilities director for the Department of Chemistry. “We will also be able to offer lab courses which reflect state-of-the-art science to better prepare our students for their future, either continuing their education or in the job market.”

ROTC Complex – Phase I
Bond D money would also support a new co-location for UNM’s three ROTC programs, Navy, Army and Air Force. Currently, the three programs are housed in separate, inadequate, older buildings, which need to be upgraded or replaced to support 21st-century students and education. ROTC cadets are future leaders of the United States and its Armed Forces. The programs offer cadet services to UNM registered students, dual enrolled students and students registered at other state institutions. On average ROTC Air Force serves 80, Army 110 and Navy 80 cadets annually. Renewing, replacing and upgrading facilities would provide those students with the resources needed to support their education and training.

"The update would bring our facilities up to par with the rest of the University and provide our cadets a safe learning environment that enhances our leadership curriculum, said Lt. Col. Alissa McKaig. "In today’s complex world, the Army, Navy, Air Force and Marines work together defending our freedom across the globe.  The new tri-service facility would give UNM cadets and midshipmen the opportunity to establish partnerships across the services early on in their careers.  These relationships will pay dividends in the future as these students are the next generation of leaders in our Armed Forces."

Taos Branch Natural Resources Center
Bond D also allocates $4,300,00 for UNM Taos, to build a College Pathways to Careers Center. The 14,100 square-foot building would house specialized classrooms for digital and media arts, computer simulation and 3D modeling. It will allow for greater partnerships and the preservation of documents related to the natural and historic resources of Northern New Mexico. This program currently collaborates with area universities related to its partnership with the USDA. Students will additionally develop real-world career technical skills by learning to access, manage, utilize and preserve documents for future generations, create digital media projects and expand their skills in other career pathways (i.e., digital graphic design, solar technologies). The UNM Taos Branch is dedicated to working with the northern New Mexico community and last year reported an enrollment of 1,436 students.

“If passed, this bond money will allow us to consolidate the UNM Taos campus, so we will no longer have to operate on lease space within the city of Taos,” said Mario Suazo, director of Business Operations at UNM Taos. “It will be a more cohesive experience because students will no longer have to commute between the downtown location and Klauer (main) campus.”

GO Bond B for Libraries
Bond B, if passed, would commit $12,876,000 to libraries. That’s a 27.5 percent increase from the amount allocated in 2016. It includes $4 Million each for Higher Education libraries, public libraries and public school libraries, and $750,000 for NM Tribal libraries. The funds are earmarked for a variety of uses including print, non-print and electronic resources, collaborative resources for the entire state and broadband internet equipment. Every library in the state benefits from Bond B.

“This money is essential to the budgets of all UNM libraries. The funds are used for the benefit of the University and the State of New Mexico,” said Richard Clement, dean of UNM College of University Libraries and Learning Sciences. “Thousands of students walk through the doors every day, and bond money directly impacts those student’s experiences by increasing our collections purchasing power.”