UNM Newsroom / News / 'Goddess of the Skies': how one woman changed an industry 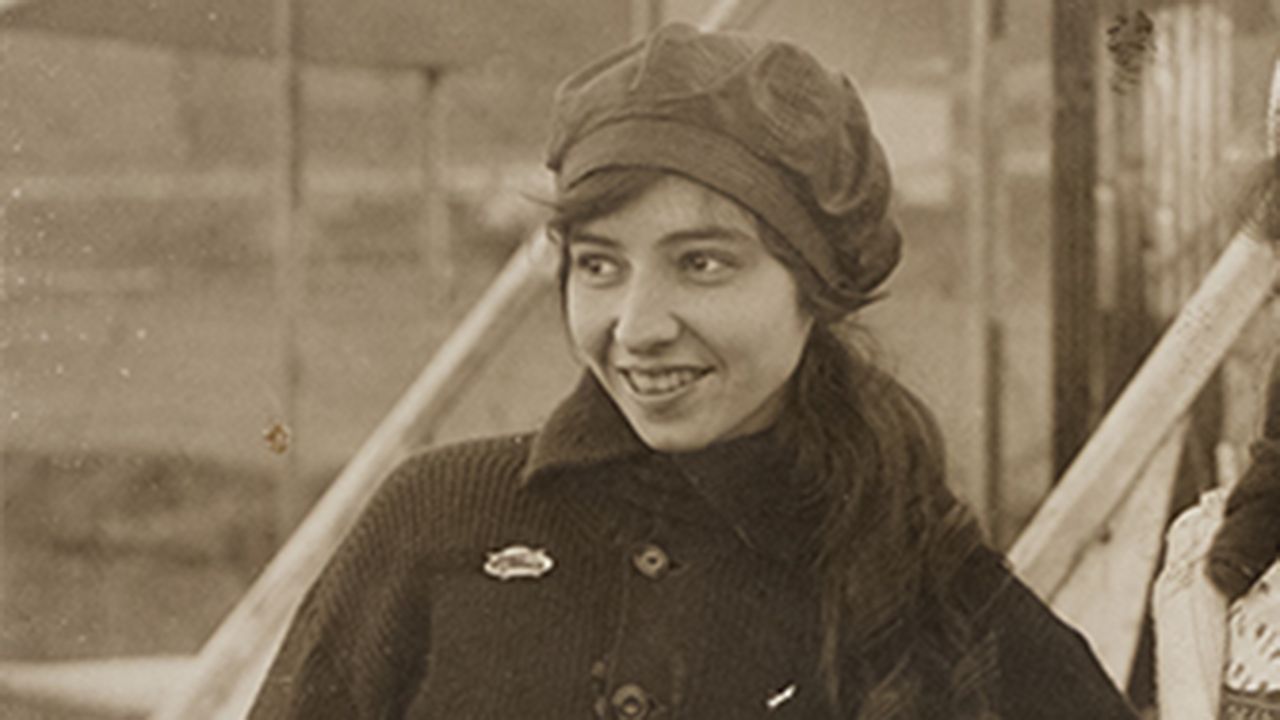 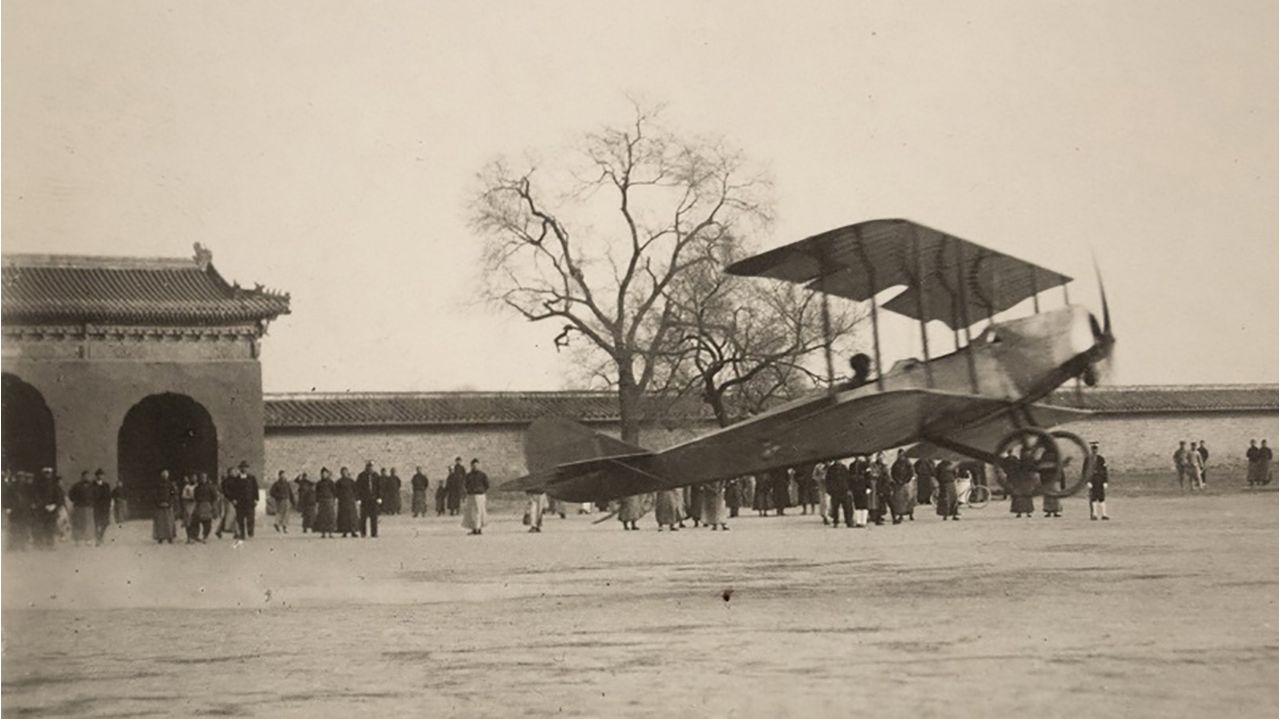 Katherine Stinson was the first woman to fly an airplane in China. 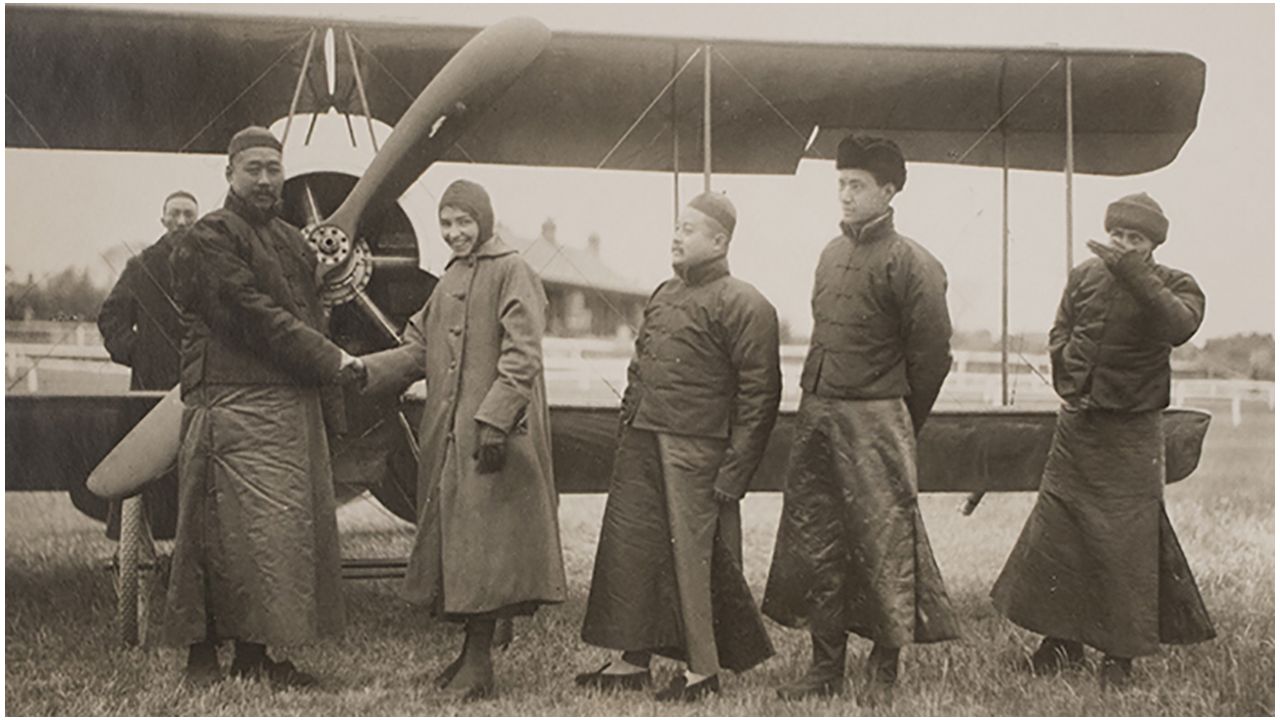 Many "firsts" were attributed to the Alabama native who spent most of her life in New Mexico. 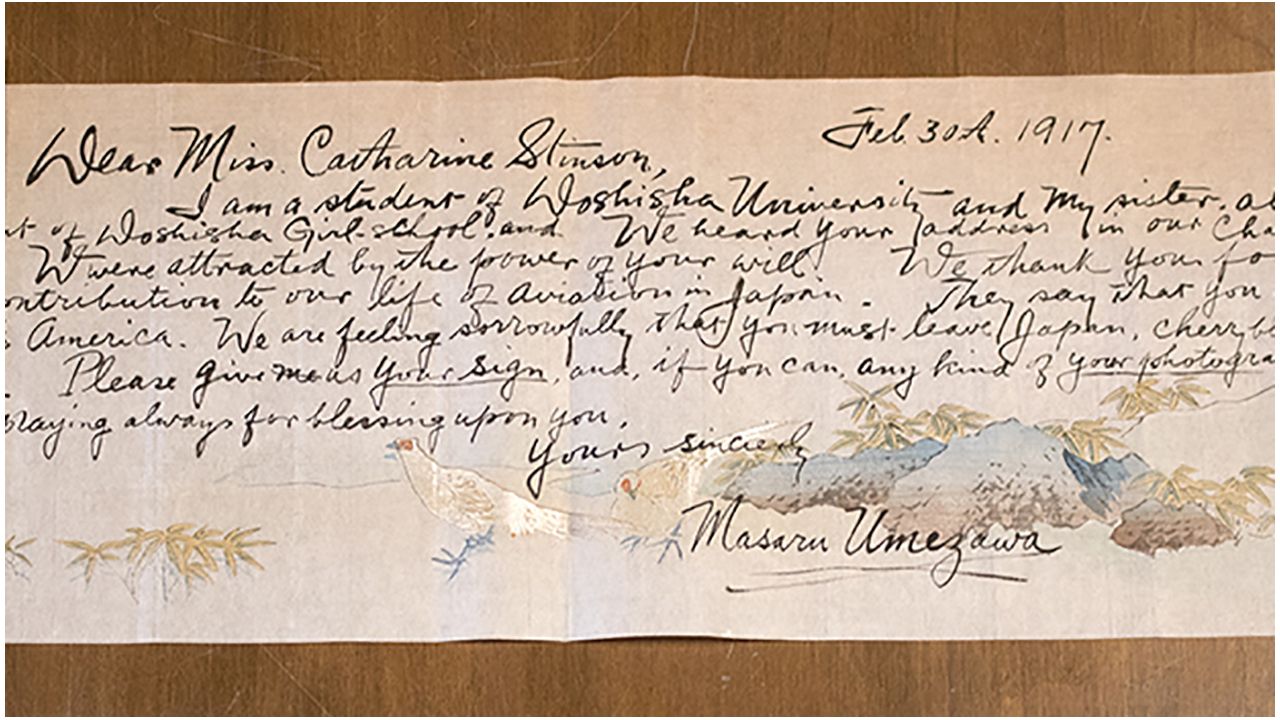 This letter to Stinson from a Japanese admirer is available for study at UNM. 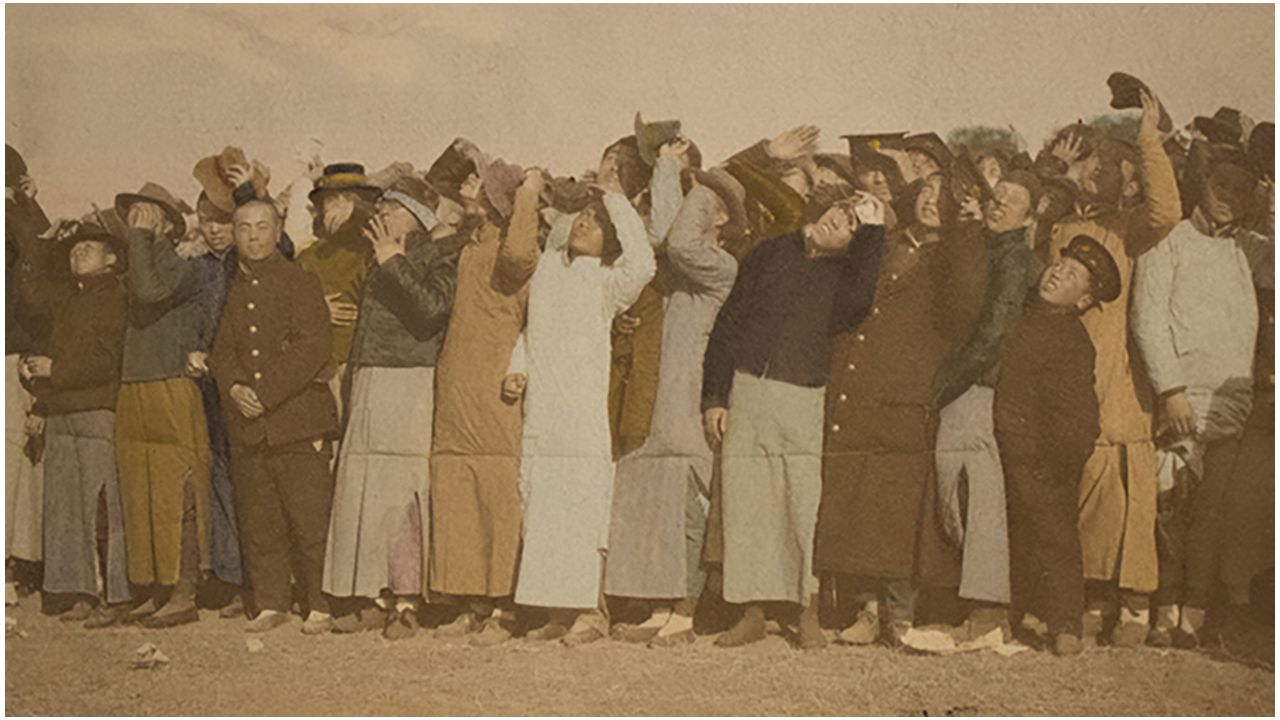 People packed the airfield in China to see Stinson.

'Goddess of the Skies': how one woman changed an industry

History is full of remarkable women; but one whose papers are on display at UNM literally took women's achievement to a new height. 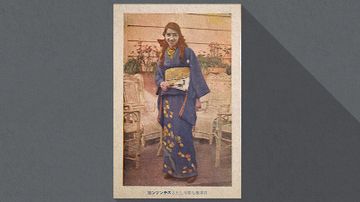 Katherine Stinson was one of the most famous names in early aviation.

Nicknamed "The Flying Schoolgirl," Katherine Stinson was one of the most famous names in early aviation. Many "firsts" were attributed to the Alabama native who spent most of her life in New Mexico. These included being the first woman airmail carrier in the United States, the first airmail carrier of either sex in Canada and the first person to fly nonstop from San Diego to San Francisco. She was also the first woman stunt flyer to perform the "loop-the-loop" maneuver, the first aerial entertainer to do night skywriting and, not least of all, the first woman to fly an airplane in China and Japan. 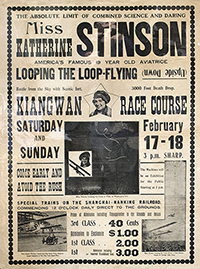 This month, UNM's Center for Southwest Research and Special Collections is celebrating the 100th anniversary of Stinson's Asian tour of 1916-17. After becoming only the fourth woman in the United States to acquire a pilot’s license, in 1912, Stinson, then barely in her twenties, embarked on a career as a barnstormer. Initially her goal was simply to raise enough money to study music in Europe; but she proved so adept at flying that she opened a flight school with her sister Marjorie and mother Emma in San Antonio, Texas and traveled all around the country participating in airshows. In addition to performing death-defying aeronautical displays during the day, she delighted audiences by attaching flares to her plane’s wingtips and putting on a show at night.

In December 1916, Stinson set off for the Orient, where airplanes were an even more novel sight than in the United States. Stopping first in Japan, she entertained a crowd of 25,000 people in Tokyo. A few weeks later, in early 1917, she went on to China. Onlookers were no less amazed than in Japan. Many wrote adoring letters to the "Empress of the Air" and "Goddess of the Skies." Chinese and Japanese dignitaries also presented her with several engraved sterling silver trophies. Two of these, plus dozens of fan letters from her Asian admirers, are now preserved in Stinson's papers at UNM -- a testament to the beginnings of Eastern fascination with Western technology.

Despite having trained most of the Royal Canadian Air Force at her school in San Antonio, as well as many of the pilots who assisted in the hunt for Mexican guerilla Pancho Villa, Stinson was repeatedly rejected into the U.S. military as a pilot, because she was a woman. Not to be deterred from serving her country, she became a Red Cross ambulance driver in Europe during World War I.

It was there that she contracted tuberculosis. Like many who suffered from the disease, she traveled to the high desert of New Mexico in desperate search of a cure. She found it, along with love, marrying fellow aviator Miguel Otero, Jr., son of a former governor of New Mexico Territory. Trading in her flying days for a career in architecture, Stinson resided in Santa Fe until her death in 1977 at the age of eighty-six.