Mark Peceny, dean of the University of New Mexico College of Arts and Sciences, recently appointed Phillip (Felipe) Gonzales as director of the School of Public Administration. Gonzales began his two-year term on Sept. 1.

Gonzales returned to his native New Mexico after earning his Ph.D. at the University of California, Berkeley in 1985. In his distinguished career at UNM, Gonzales has served as the Director of the Southwest Hispanic Research Institute, Chair of the Department of Sociology, and as Senior Associate Dean in the College of Arts and Sciences.

A scholar of race and ethnicity, social movements, and Latino studies, Gonzales has recently completed a major book manuscript that presents a comprehensive political and social history of New Mexico, entitled Política: Nuevomexicanos and American Political Incorporation, 1821e 1871, currently in production at the University of Nebraska Press.

“I am very pleased to announce that Dr. Phillip (Felipe) Gonzales has agreed to serve as the next Director of the School of Public Administration,” said Dean Peceny. “Please join me in thanking Dr. Gonzales for his willingness to take on this leadership role and in welcoming him to Public Administration.”

Gonzales is the 12th SPA director since the School’s inception in 1969. 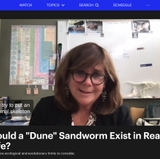