Gov. Michelle Lujan Grisham will deliver the spring commencement address at The University of New Mexico next month. 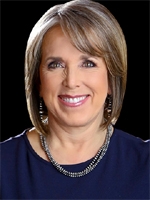 “We are excited that Governor Lujan Grisham has graciously accepted our invitation to speak to our graduating class of 2019,” said UNM President Garnett S. Stokes. “When we asked our student leaders to share their thoughts on who would be at the top of their list, they overwhelming identified the Governor as an ideal choice to inspire our Lobos as they take the next steps in their journey.”

UNM’s spring commencement takes place on Saturday, May 11 at 9 a.m. at Dreamstyle Arena.