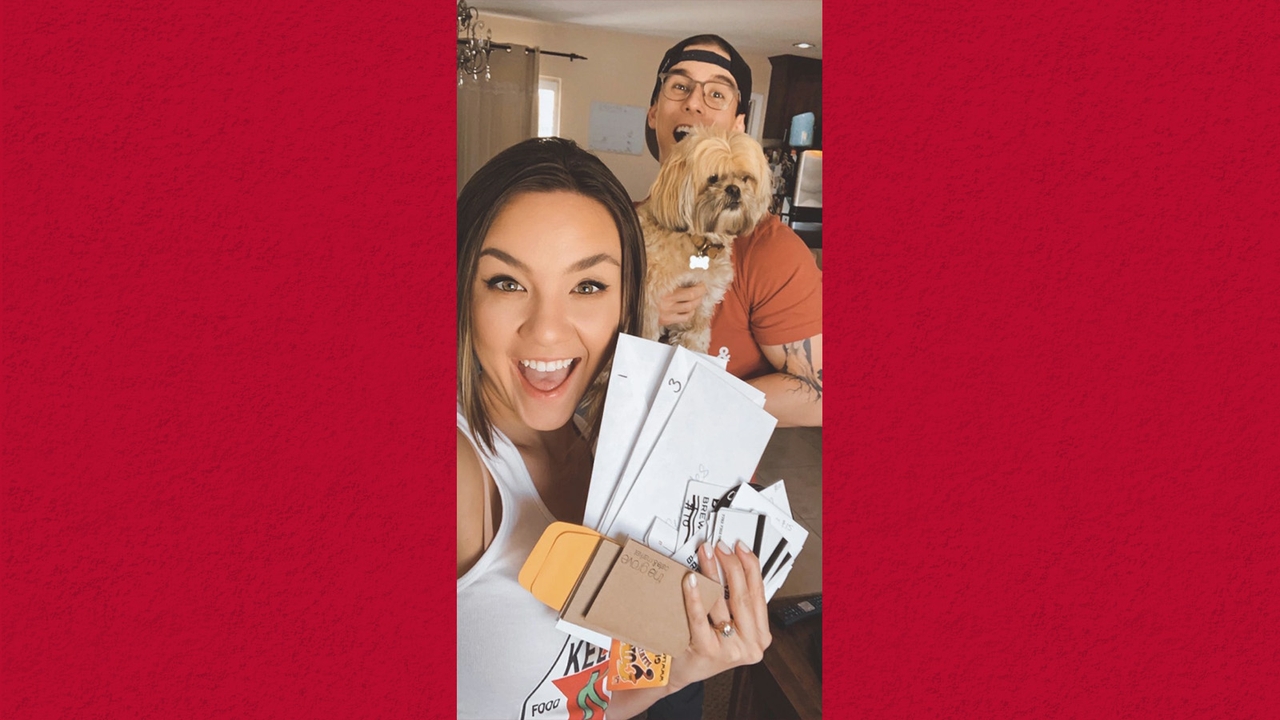 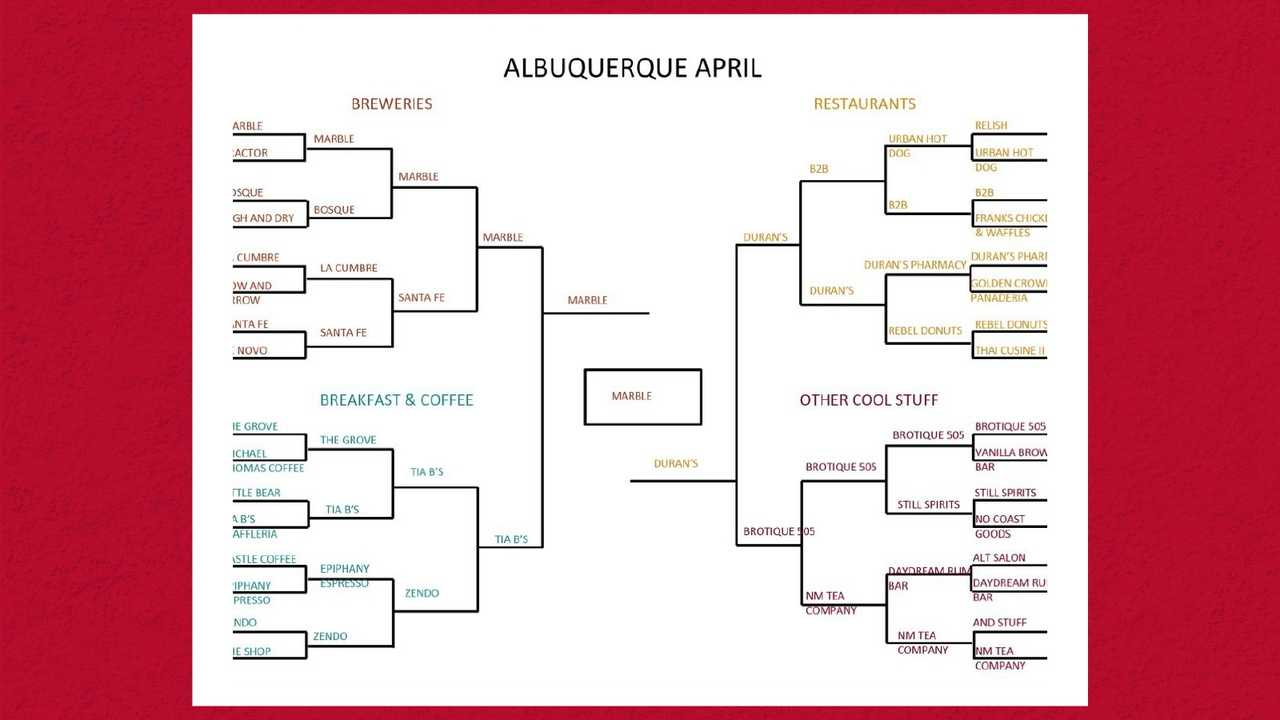 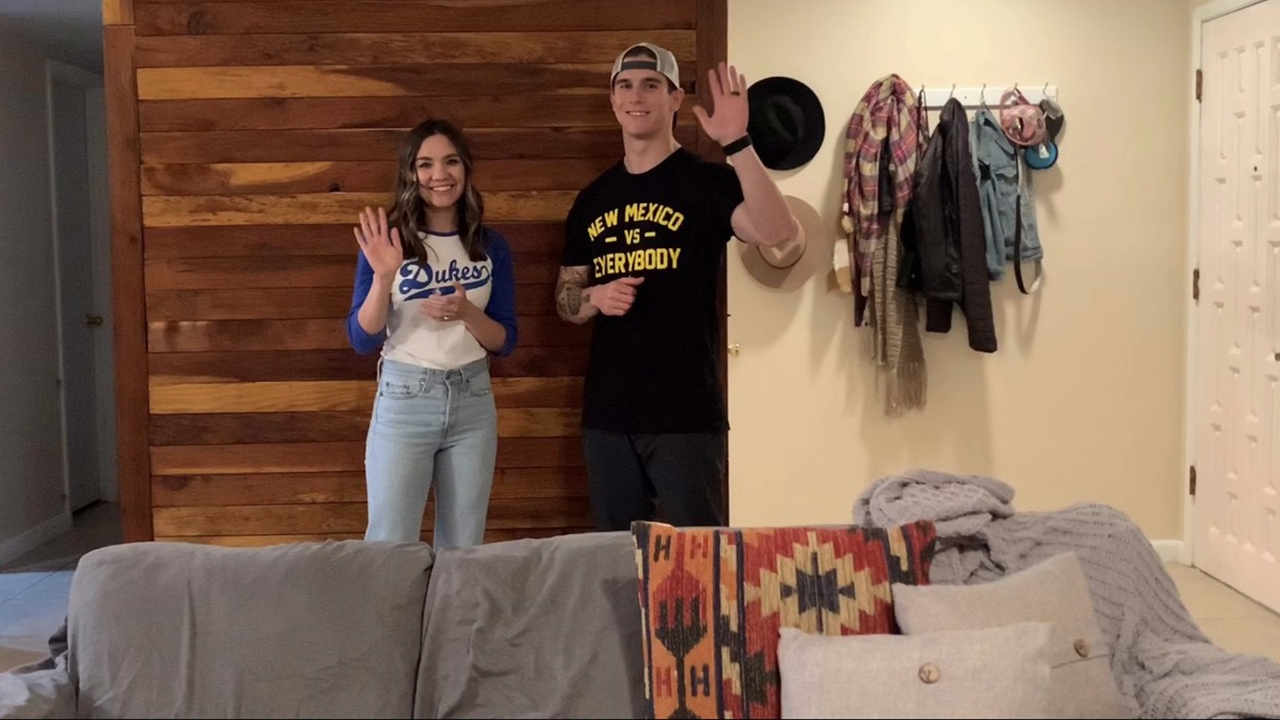 Two University of New Mexico students who were missing the fun of March Madness when COVID-19 shut down the college basketball season this year decided to change up their brackets and support local businesses. The couple created a March Madness type bracket that featured some of their favorite Albuquerque businesses and then invited people to donate and fill out their own brackets.

Angelica Romero just graduated from the UNM School of Medicine. A native of the northern New Mexico village of Montezuma, she is now a doctor ready to start her psychiatry residence in June at UNM Hospital.

Richard Goke is graduating this month with a bachelor’s degree in Business Administration with a concentration in Accounting and plans to attend the UNM School of Law in the fall.

The couple have been married two years.

“Angelica came to me one evening and said that she had an idea for how we could give back to the local community. She pitched me the idea of putting together a bracket and having people vote on their favorite Albuquerque businesses. We worked out the details on how we could make it happen and finally filmed a video that we posted on Instagram and Facebook explaining how it would work and how people could participate,” Goke explained.

Romero admitted she isn’t a big basketball fan but will get in on brackets for fun. Goke said he participates in bracket competitions every year

“That was part of why I found this so exciting because I missed the excitement from the tournament this year,” he explained.

They took their business-supporting crusade to social media and were featured on the local news.

“Did you miss waking up every morning in March to see if your bracket was busted? Us too!!! We have an idea for all of us to come together to support local AND alleviate some of the FOMO that we’re feeling without March Madness. We’re calling it #AlbuquerqueApril!” said the Instagram post that premiered the competition.

Participants filled out a March Madness-style bracket that the couple created with some favorite Albuquerque businesses in four categories: breweries, breakfast and coffee, restaurants, and “other cool stuff” and sent it to them, along with a $5 donation for each bracket submitted. Final deadline was April 21.

Voting began April 22 and ended April 28. Votes were held in Facebook and Instagram polls and businesses moving on in the brackets were announced each day. The couple also wore Albuquerque gear and urged people to support the local economy.

In the end, 120 people sent in brackets and the videos on social media got around 4,000 views. They raised $1,260, which included some outright donations, well above their $100 goal. The donations were enough that they ended up contributing to every local business included in the bracket. They bought gift cards from the winning businesses, most of which are feeling an economic pinch as the pandemic shutdown limits their customers.

The contest came down to Marble Brewery, which has three locations in Albuquerque and Duran’s Pharmacy that, despite its name, includes a popular restaurant alongside the full-service pharmacy.

“Once the ‘tournament’ had concluded and we knew which businesses advanced, we made contact with the businesses and ordered gift cards. The amount of the gift cards depended on how deep in the bracket each business reached. Then, we took those gift cards and distributed them amongst the top four brackets that were decided on how accurate their brackets were. The best bracket won just over $600 in gift cards, second place got over $300, third place was $200, and fourth was $50. We also raffled off a couple of gift cards amongst those who helped share the message,” Goke explained.

Unfortunately it’s not likely the brackets competition will continue next year.

“Due to how many people participated, it turned into somewhat of a full time job for about a week that wouldn’t have been possible if not for COVID. Luckily my accounting degree was put to use when I made a spreadsheet that made it significantly easier to score the brackets as they came in,” Goke said, adding, “We just really had such a fun time putting this all together and we are really proud of how Albuquerque rose to the occasion and gave back to local businesses the way they did.”