Masters students in the University of New Mexico School of Architecture & Planning’s landscape architecture program truly demonstrate mastery of their art and science. Over the years, current and former students have garnered many awards – locally, nationally and internationally. Their success is a testament to their hard work as well as the strength of the program and professors.

Designing a winning program
“Discipline is needed to take and follow the requirements and know when they can and can’t break the rules,” said Alf Simon director of the Landscape Architecture Program. “The process builds discipline – through the realization that your work is standing beside international work and is being judged by the top people in the design world. It is not just a project for a grade. To win beyond the school is huge for them and says a lot about the student and the school.”

Katya Crawford, associate professor in the landscape architecture program, said that the students know they can’t do it “halfway.” “The project stands on its own. They have to present a complex design idea without being there to explain it.” She added, “Those entries are often the strongest part of the student’s portfolio. They also help us gauge who ready to go on to do a thesis.”

It wasn’t a reach, then, for Crawford to teach the course titled “Competition Studio.” She and Simon presented a paper on competition and collaboration at an international conference. “The environment created in the studio is one of collaboration over competition. They are not so much competing against one another, but are effective at critiquing each other,” she said. Simon added, “Working as teams on competitions is a way of preparing them for the workforce.”

“We aspire to get students to enjoy design. Not just as a grade, but to love doing design,” – Alf Simon, director, Landscape Architecture Program

Winning ways
The fall 2015 semester Competition Studio team of Beverly Fisher, Wendi Fox, Michael Pace and Madeleine Aguilar won the Better Philadelphia Challenge. They just returned from Philadelphia where they received a check for $5,000. They competed against 500 individuals and groups in the project, which was international in scope. 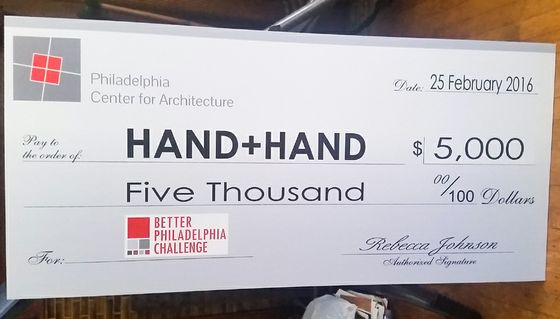 Having award winning student projects is a strategy for recruitment. “When you win, the student gets known and the program gets known,” said Simon.“Our students are all over the world. Some teach – one works at the International Federation of Landscape Architects, one works in London, another for the Navy and Marines out of Camp Pendleton in Italy. We have over 100 alums and we are tight with them.”

“We aspire to get students to enjoy design. Not just as a grade, but to love doing design,” Simon added. 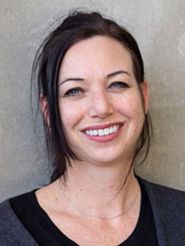 While a student, Katya Crawford, associate professor in the landscape architecture program, was the first in the UNM program to win the American Society of Landscape Architects (ASLA) student awards in 2004. She won with fellow student, now husband, Jay Rice. Their project was the Ambassador Edward L. Romero Park that was sited in a new residential subdivision that included both rural urban elements.

Crawford wrote, “The objective was to design a contemporary public park that addresses the social and political needs of the communities adjacent to the site, as well as the ecological issues related to the site and its surrounding environment.” One of the jurors commented, “This project is strongly presented and makes good use of combining electronic and hand drawn graphics.” 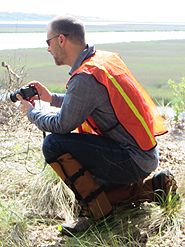 Anthony Fettes 2009
In 2009, Anthony Fettes and Katya Yushmanova were on a team that won the Wayne Grace Memorial Student Design Competition, sponsored by the Council of Landscape Architectural Registration Boards. Their project was, “ReSurge – an alternative proposal for the East Amole surge pond.”

The competition was an exercise in a new course, Art & Ecology, taught by Catherine Harris and Bill Gilbert. It engaged the team in dialogue and discourse of the issues affecting the site, adding tremendously to the depth of the project. “Together we presented our proposal, ‘ReSurge,’ to the Albuquerque Metropolitan Arroyo Flood Control Authority (AMAFCA), which subsequently considered our proposal and adapted elements of our design into their plan,” he said.

Although graduating at a tough economic time, winning a high profile national award gave Fettes something of merit to use in interviews. “What I believe helped even more was sharing the unforgettable experience of working together with my classmates and professors on a strong and cohesive team,” Fettes said, adding that despite the groan that often accompanies word of a group assignment; he thinks the collaborative work gave insight into what it’s like in the professional world. Lesson learned.

Since early 2011, Fettes has been with Sasaki Associates in the Boston area working as an ecologist and landscape architect on a wide array of international and domestic projects. “As part of Sasaki’s interdisciplinary practice, I collaborate with landscape architects and allied professionals on a daily basis, helping to expand their understanding of natural processes, resilience and potential impacts across a project site, watershed and eco-regional context,” Fettes said.

He recently began teaching ecology systems at Boston Architectural College. “I am excited to share my knowledge and experience with both graduate and undergraduate students. I look forward to finding new ways to relate lessons in the classroom to practice." 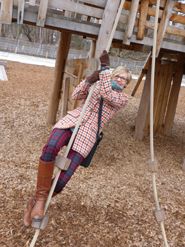 Katya Yushmanova 2010
In addition to the award she won with Fettes, Yushmanova also won the 2009 Jane Silverstein Reis Foundation Student Design Award, for work created in John Barney’s studio. In 2010, she won a third prize in the professional category from Emerging New York Architects (ENYA) for a project created in Crawford’s studio. Yushmanova is quick to credit others. “In the same competition, Kristina Guist won the student prize, and Aaron Coffeen and Maggie Ryan received honorable mentions,” she said. Those projects were developed in Crawford’s competition studio.

“Shortly after graduating, Ruth Currey and I submitted a design proposal to the Chaumont-sur-Loire International Garden Festival and were accepted. We built a garden for the 2011 edition of the festival,” she said.

Competing against other design professionals taught Yushmanova the necessity of expressing design intent clearly and concisely.

Like Fettes, Yushmanova was able to use winning awards in a job interview. She is now a senior landscape architect at PWL Partnership Landscape Architects in Vancouver, British Columbia, Canada.