“Harris Smith brings wonderful broad thinking to the role of Dean of the College of Fine Arts at UNM,” said Holloway. “He is dedicated to the critical role the arts play in our society and in defining our humanity. He is also committed to a path of interdisciplinarity, both within the arts, and between the arts and the other fields of human inquiry. I'm excited to have him joining us.”

Smith is looking forward to his new role at UNM including the opportunities the institution provides as a destination university as an institution recognized and sought out by students and faculty globally for its cultural, academic and research distinction. An idea reflected in the institution’s diversity of people, ideas, programs, and places. 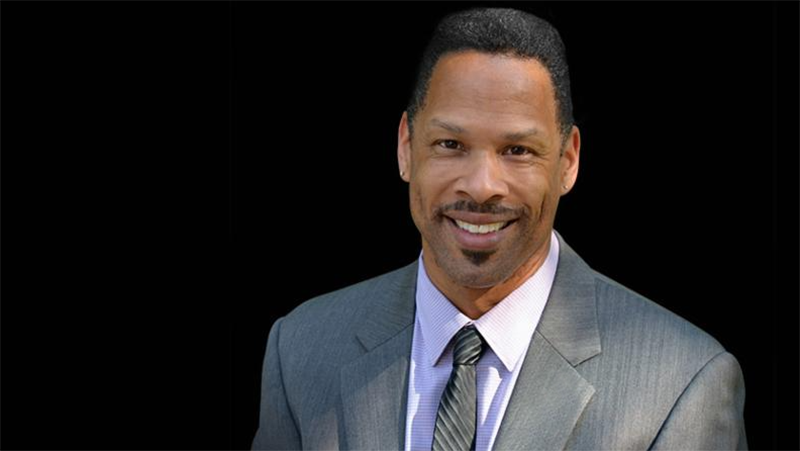 “I am honored and excited to have been asked to serve as the Dean for the College of Fine Arts at the University of New Mexico,” said Smith. “Being a father of four Afro/LatinX children it is my goal to work with the talented faculty, staff and students of the CFA to positively impact the region, and empower all underrepresented people of the state. Additionally, I am looking forward to the CFA being an active partner in supporting the success of President Stokes’ Grand Challenge Initiative, helping make our school a destination university.

Smith comes to UNM from the University of Utah and fills the position held on an interim basis by Regina Carlow since January 2019 following the departure of former dean, Kymberly Pinder. The search, which was initiated in December, was managed through a series of open forums conducted via Zoom due to the continuing pandemic. Smith, who had the chance to visit the campus last week, sees great potential within the College of Fine Arts with its diverse programs and its people, and the expansion of film opportunities within the state.

“A mentor of mine spoke of the fine arts program’s strength and vibrance, which I found appealing,” said Smith, who is excited for the move to Albuquerque and becoming a part of the community with his partner, Melanie Nelson. “I've heard from several folks from the college and university regarding the focus on interdisciplinary programs. I believe that the future of our students is to learn how to work with other disciplines, which makes them more marketable. I find the potential for growth and the verbal commitment from the administration very exciting.”

Another area of opportunity Smith that makes the position more lucrative are the relationships the state has with the film industry.

“I’m excited about the idea of possible film partnerships in creating internships with the professional affiliations,” he said. “For example, Netflix and the other soundstages and studios that are already set up between Albuquerque and Santa Fe. It's just a fantastic opportunity not just for the students and faculty in the CFA but for many disciplines in the university to continue to work on their research side by side with professionals in the area.”

Smith is currently the chair for the Department of Theatre at the University of Utah, a position he’s held since July 2018. He oversees more than 40 full-time and adjunct faculty, and over 200 undergraduates. His responsibilities include fostering and promoting diversity in recruitment, training and program development, working with development officers to secure department funding, and served as the point person and representative for the renovation of a new theatre building and a new modified thrust theatre.

Additionally, Smith has worked to advance the reputation of the Department of Theater, both nationally and internationally, facilitated partnerships with the resident professional theatre company and marketed theatre programs and outreach activities both within the university and in the larger community overall. He also works with faculty and staff to provide vision for all aspects of the department operations, collaborates with faculty to review and rewrite curriculum, and coordinates the recruitment and retention of undergraduate students.

His current research efforts have been divided between interdisciplinary collaborations serving as a Communications Coach for the New York State Defenders Association (NYSDA) and performance where he is exploring incorporating “Afrofuturism” values into stage combat, a specialized technique in theatre designed to create the illusion of physical contact enabling actors to safely perform basic maneuvers they may be asked to perform in a production. Smith is a Certified Teacher of stage combat through the Society of American Fight Directors. He has worked as an actor and fight director at several regional theatres including Utah Shakespeare Festival, ACT in Seattle (Wash.), St. Louis Black Repertory, Sacramento Theatre Company and Illinois Shakespeare Festival.

Previously, he worked as director for the Johnny Carson School of Theatre and Film at the University of Nebraska-Lincoln (2015-2018) collaborating with faculty and staff to establish goals and provide vision for all aspects of department operations. He also served at Central Washington University serving as producer of the Off Center Season overseeing production schedules and chairing production meetings, technical and dress rehearsals, and auditions. He also spent time at SUNY-Albany as an assistant professor and began his career at Webster University as an adjunct professor.

A former member of Actors Equity and SAG (Screen Actors Guild), Smith received the Meritorious Achievement Award from the Kennedy Center/American College Theatre Festival for Fight Choreography, and has several film and television credits including the Oscar-nominated Runaway Train. He produced and served as the stunt coordinator and fight director for the award-winning short film, The Healing of Harmon (2018). He also served on the Board of Directors for the University/Resident Theatre Association (URTA) from 2009-2011. The URTA is the nation’s oldest and largest consortium of professional, graduate (MFA) theatre training programs and partnered professional theatre companies.

Smith has extensive theatre acting experience appearing in more than 40 productions and has served as director and fight choreography in numerous plays for the St. Louis Black Repertory, Off-Off Broadway Short Play Festival, Kraowskie Reminisencje Teatraine, Illinois Shakespeare Festival and at the University of Nebraska- Lincoln. He has received several awards including Award-Winning Producer for “The Healing of Harman, Drama Short winner from the Independent Short Awards, Narrative Short Winner from the International Independent Awards, five Telly Awards in the 40th annual Telly Awards competition and a Gold award in the category of Non-Broadcast General—Social Responsibility.

Smith is a product of the nationally ranked MFA Acting program at the University of Washington. He earned his B.A. in Theatre Arts at Montana State University where he also played football for the national champion Bobcats football team.