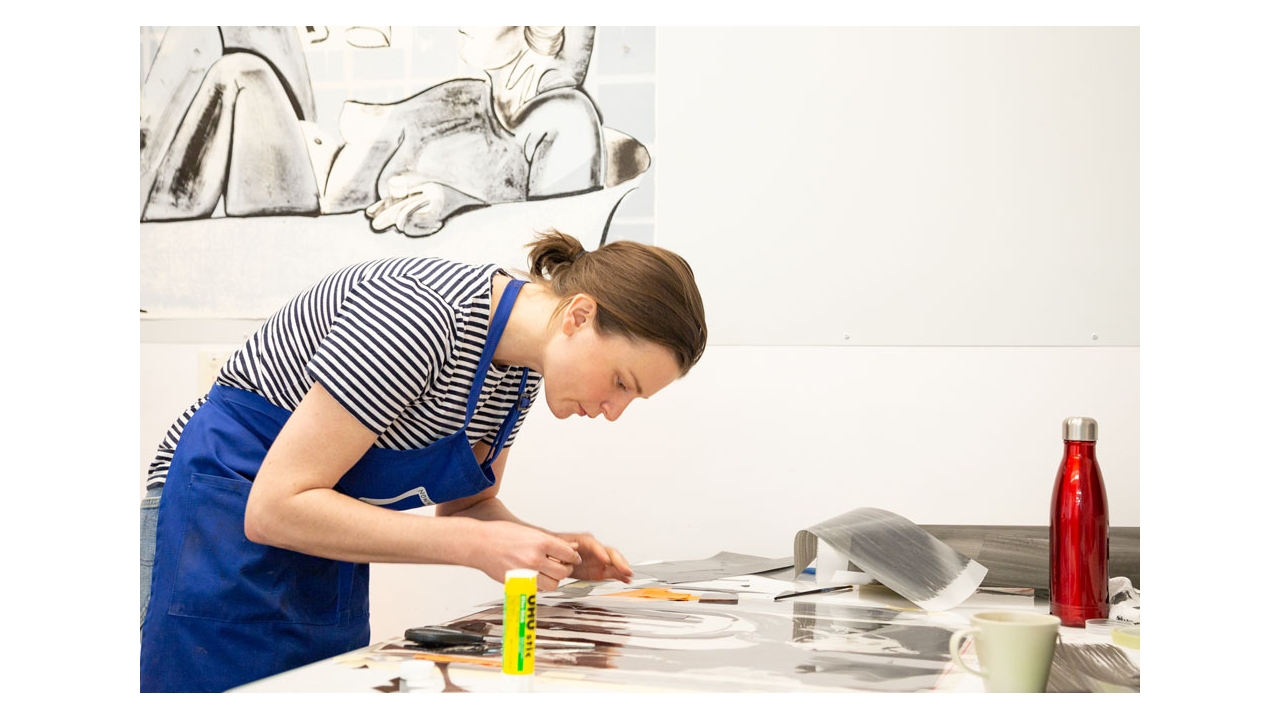 The Tamarind Institute at The University of New Mexico presents Head of a Woman, a symposium showcasing the additions women have added to the print field, on Saturday, Sept. 14, from 10 a.m. to 5 p.m. at the Albuquerque Museum.

Tamarind Institute, a division of the College of Fine Arts at UNM is a nonprofit center for fine art lithography that trains master printers and houses a professional collaborative studio for artists. Tamarind hosts the only educational program of its kind that focuses specifically on training master printers.

Students hone their technical skills in lithography and master the art of collaborative printmaking, a special partnership that brings together the expertise of a master printer and the creativity of an artist. Many Tamarind graduates, since the early 1960s have established print workshops around the world.

The symposium begins at 10 a.m. and will feature individual presentations from Colleen Terry, Christine Adams, and Judith Solodkin. It will also feature panel discussions on “In the Workshop-Collaborative Printmaking from the Printer’s Point of View,” “State of Multiple/Publishing,” and a conversation with the artist.

Head of a Woman explores the dramatic surge of women printmakers in recent decades and the women who shaped collaborative printmaking over the past sixty years.

The focus on women in printmaking was developed around the ideas generated through the 2019 Frederick Hammersley Artist Residency with New York-based artist Danielle Orchard. Her depiction of women in domestic spaces references early 20th century art history, redressing the limited representation of women as subject and muse.

Orchard inserts her bold contemporary women into these historic tropes, skillfully complicating the narrative, with figures that bear the weight and posture of current problems and anxieties.

The monumental lithographs created at Tamarind during her residency prompted the title for the symposium, with a nod to the many anonymous subjects throughout art history simply titles Head of a Woman. In this context, Head of a Womanalso plays on the idea that the American print renaissance as we know it was launched by the imagination perseverance, and conceptual will of three prominent women: Tatyana Grosman, who founded ULAE in 1957; June Wayne who founded Tamarind Lithography Workshop in 1960; and Kathan Brown who founded Crown Point Press in 1962. From the head of women came the field of collaborative print making.

The Albuquerque Museum is located at 2000 Mountain Road NW.

To register and for more information on the event, visit Head of Woman Symposium.