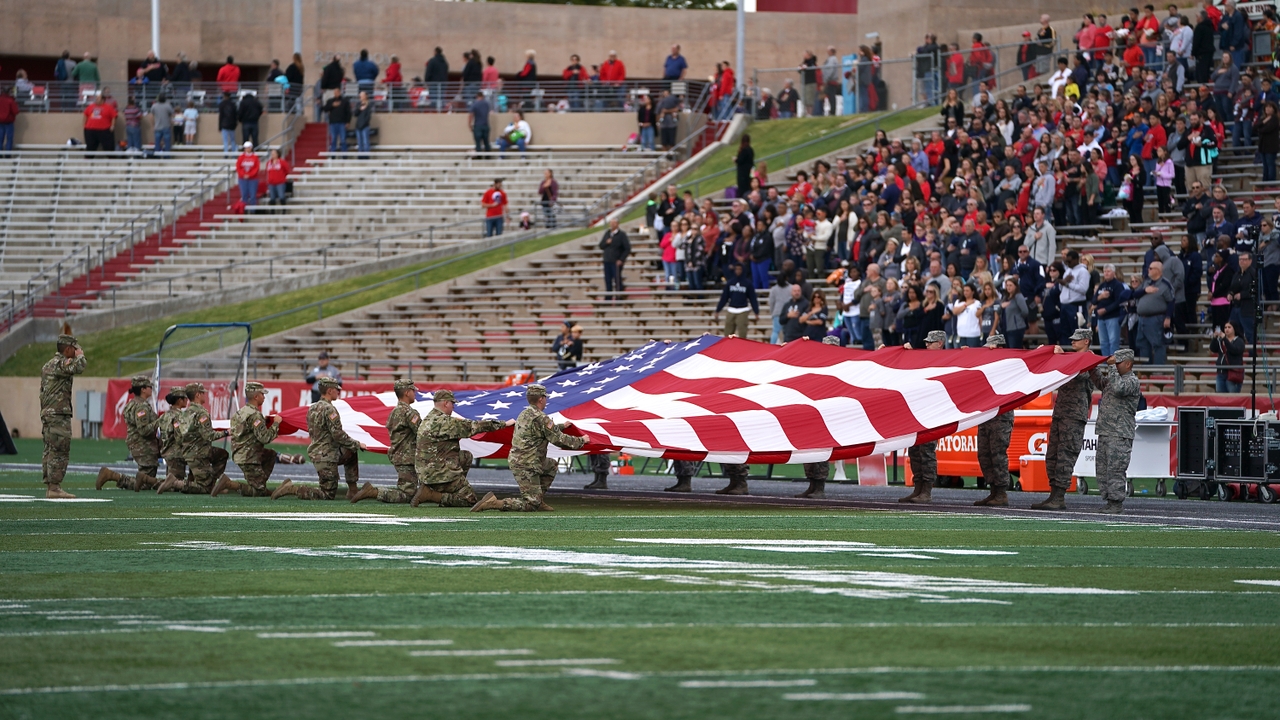 The University of New Mexico is recognizing the significant contributions of its students serving in the Armed Forces and as first responders.

Heroes Day at UNM is Saturday, Nov. 23 during the UNM Football game against Air Force. It starts at 9:30 a.m. with a breakfast burrito tailgate for student veterans and their families, put on by the UNM Office of the President and the Veteran’s Resource and Military Center (VRMC). It’s free to attend, but participants must RSVP to receive a burrito.

The gameday tailgate, open to the entire community, will include performances by the National Guard Band and displays by military and first responders in the Howl Zone.

Howl Zone will include displays from:

The football game starts at noon and will feature a flyover, recognition of members of the Armed forces, police, fire and rescue, a pre-game performance from the 44th Army Band and coin toss with leaders from Kirtland Air Force Base. Active duty military, veterans and first responders can buy discounted tickets here.

Regular tickets are on sale here.