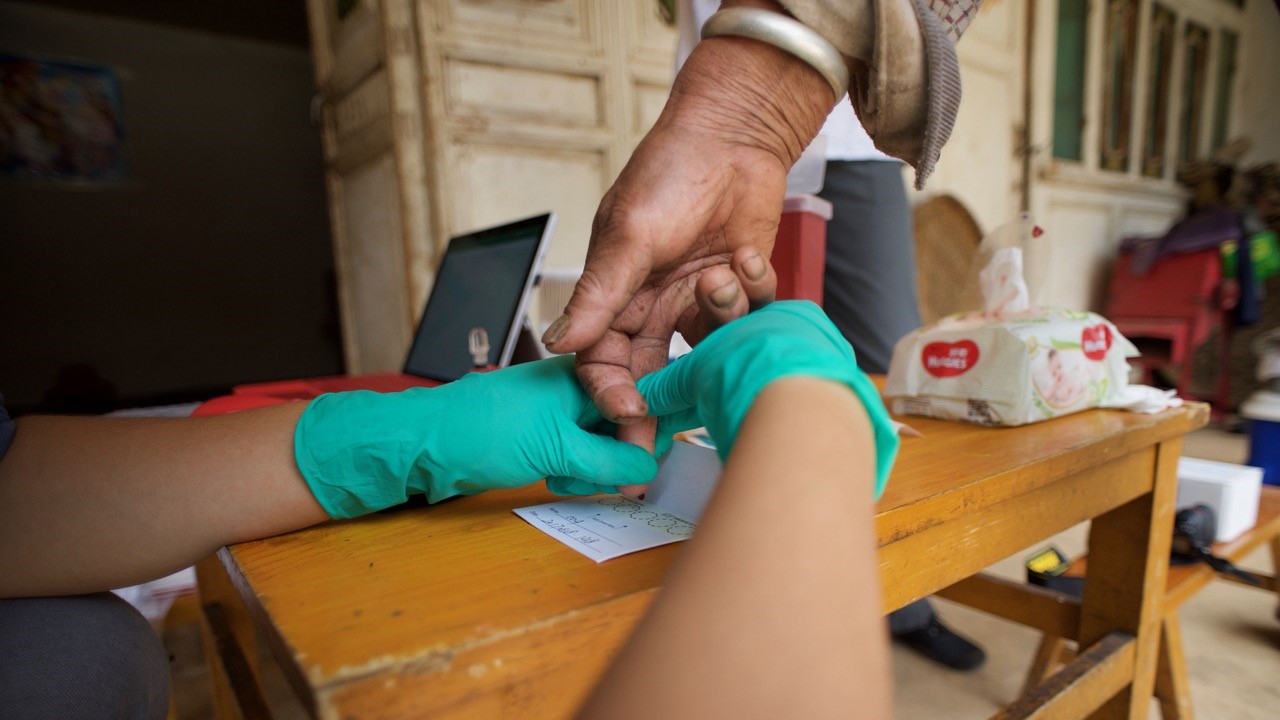 If you worry about what you eat, you’re not alone. For most people, easy access to processed foods heightens risk of certain chronic diseases – diabetes, hypertension, obesity – though not all populations experience these risks in the same way.

Populations that are genetically adapted to high altitudes may experience lower risk of some chronic diseases associated with modern lifestyles, according to a research team including faculty from The University of New Mexico, Binghamton University, and the Fudan University School of Life Sciences.

But New Mexicans living at high altitudes shouldn’t take it for granted that they also share the same lower risk as the population studied by research team leader Siobhán Mattison, an assistant professor in Anthropology at UNM, and her group.

The Mosuo, a population living in the mountains of Southwest China, were found to be at lower risk for hypertension and diabetes-associated anemia than low-altitude Han populations.

The researchers hypothesized that adaptations to high altitude might also affect the chronic disease pathways for hypertension and, among diabetics, anemia. Human populations that are adapted to the high-altitude environment of the Himalayas have higher blood flow due to genetic mechanisms that dilate the blood vessels, increasing oxygen delivery even when oxygen is scarce in the surrounding air. The researchers hypothesized that this dilation might also lower risk for hypertension.

And, while most humans increase red blood cell production in response to low oxygen, Himalayan high-altitude populations have lost this mechanism, presumably as an adaptation to protect against dangerously high blood viscosity. The researchers hypothesized that this might have the beneficial side effect of mitigating risk for anemia that normally accompanies diabetes.

“As globalization continues to affect the world’s populations, people’s epidemiological and nutritional environments are changing. In most cases, this leads to an increased burden of non-communicable diseases like hypertension, obesity, diabetes, and so on,” Mattison said.  “Some of this is happening in the Mosuo case – there is a high incidence of diabetes, for example – but our results show that unique adaptations lead to different health consequences for the Mosuo compared to other populations.”

Mattison and her team have been working with the Mosuo for over 15 years. In this time, they have seen a rapid change in economic development and associated changes in lifestyles. “People are eating a lot more processed foods and relying less on the products of their own farming efforts in many of the villages we visited,” says UNM collaborator and Yunnan University Kuige Scholar Tami Blumenfield. The expansion of tourism in many areas has resulted in significant wealth for many families, who prefer market foods to the more painstaking process of growing, harvesting, and preparing food from the farm.

As part of an NSF-funded project exploring the impacts of market change on wealth and health, Mattison led a diverse team of American and Chinese anthropologists, biologists, demographers, and geneticists in data collection over several field trips across three years. During their visits to hundreds of households, they asked people about their socio-economic circumstances and assessed their health through markers measurable in blood drawn from a simple finger-prick.

“The procedure is quick and minimally invasive. People were very interested in learning about their health,” said Chun-Yi Sum, now a visiting assistant professor of anthropology at the University of Rochester, who led the data collection effort as a UNM postdoctoral researcher.

The researchers noticed differences in the Mosuo health profile as they compared their findings to health data on the more general Chinese population. This got lead author Katherine Wander, assistant professor of anthropology at Binghamton University, wondering whether the Mosuo – who are related closely to neighboring Tibetan populations and have been residing at high altitude for millennia – might experience modern chronic disease risks differently from populations that are not adapted to high altitudes.

“Understanding of high-altitude adaptations in human populations has grown in the last decade,” said Katherine Wander, assistant professor of anthropology at Binghamton University. “Interestingly, while we know a lot about specific physiological adaptations to high altitude, this is one of the first studies to ask how those might affect risk of chronic diseases that depend on similar physiological pathways. Our research suggests that Himalayan adaptations to high altitude have additional effects beyond helping people cope with low oxygen availability; they also lower risk for hypertension and, among diabetics, anemia.”

Professor Christopher Witt, another coauthor from UNM, studies high-altitude evolution generally. "One of the neatest things about evolution, and the rarest to observe, is when an adaptation for one purpose turns out to be a pre-adaptation for some completely new and different purpose after circumstances change," said Witt. "That may be the case here. Natural selection can't see the future, but sometimes things work out serendipitously."

The research suggests that, as chronic diseases continue to grow as global health concerns, it will become increasingly important to investigate how risk may be affected by genetic adaptations to the local environment.

“This is significant because it shows the importance of understanding evolution and adaptation to answering questions about health and disease” Wander said. “Obesity and other chronic diseases are an increasingly global phenomenon, and so it is important to understand how differences across populations interact with the physiology of chronic diseases—high-altitude adaptations are just one example of such an interaction.”

Also contributing to this research was Li Hui, professor of human biology at Fudan University School of Life Sciences. Li is interested to know if these findings extend to neighboring populations in Southwest China. “There are many populations in the same region in China who are more closely related to Tibetans than they are to Han. Do they share these same adaptations? Even though the risks of hypertension and diabetes-associated anemia are lower, are there unique vulnerabilities that result from these adaptations?”

The authors hope this work will inspire other researchers to ask these questions in more populations residing in unique circumstances. “This is critically important as the burden of chronic disease continues to grow across the world,” concludes Wander.

The paper, “High-altitude adaptations mitigate risk for hypertension and diabetes-associated anemia,” was published in the American Journal of Physical Anthropology.