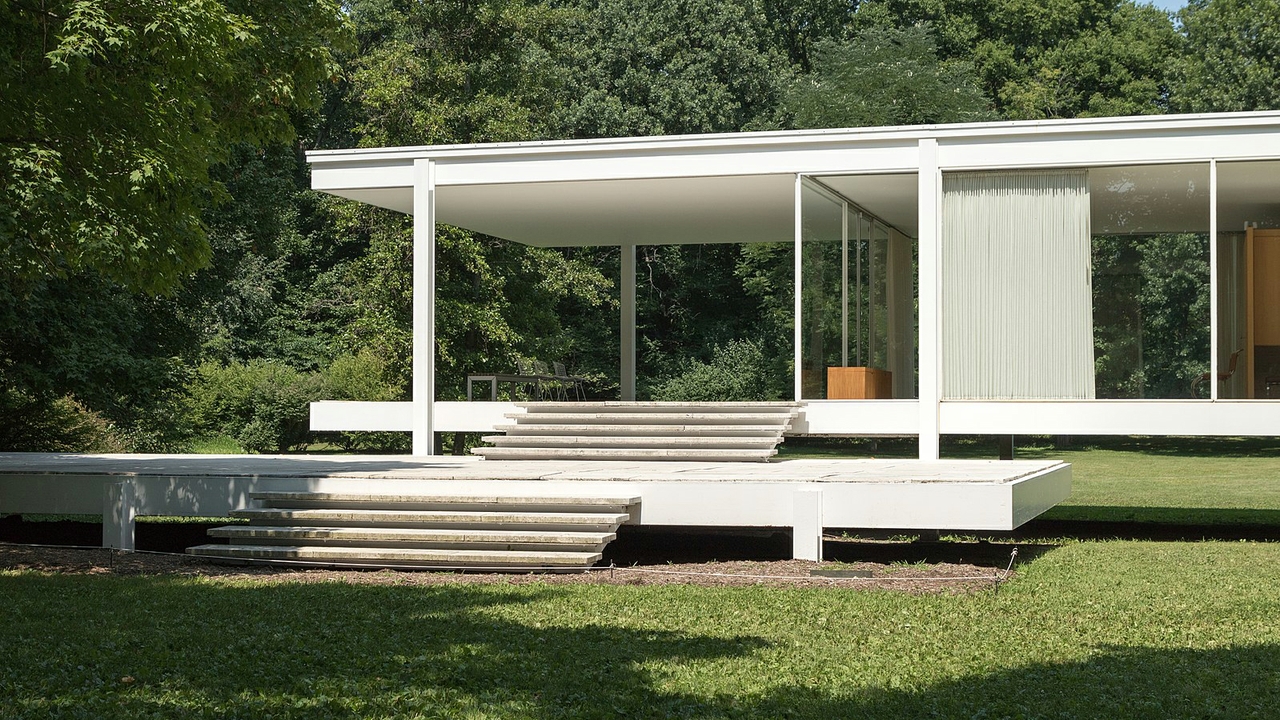 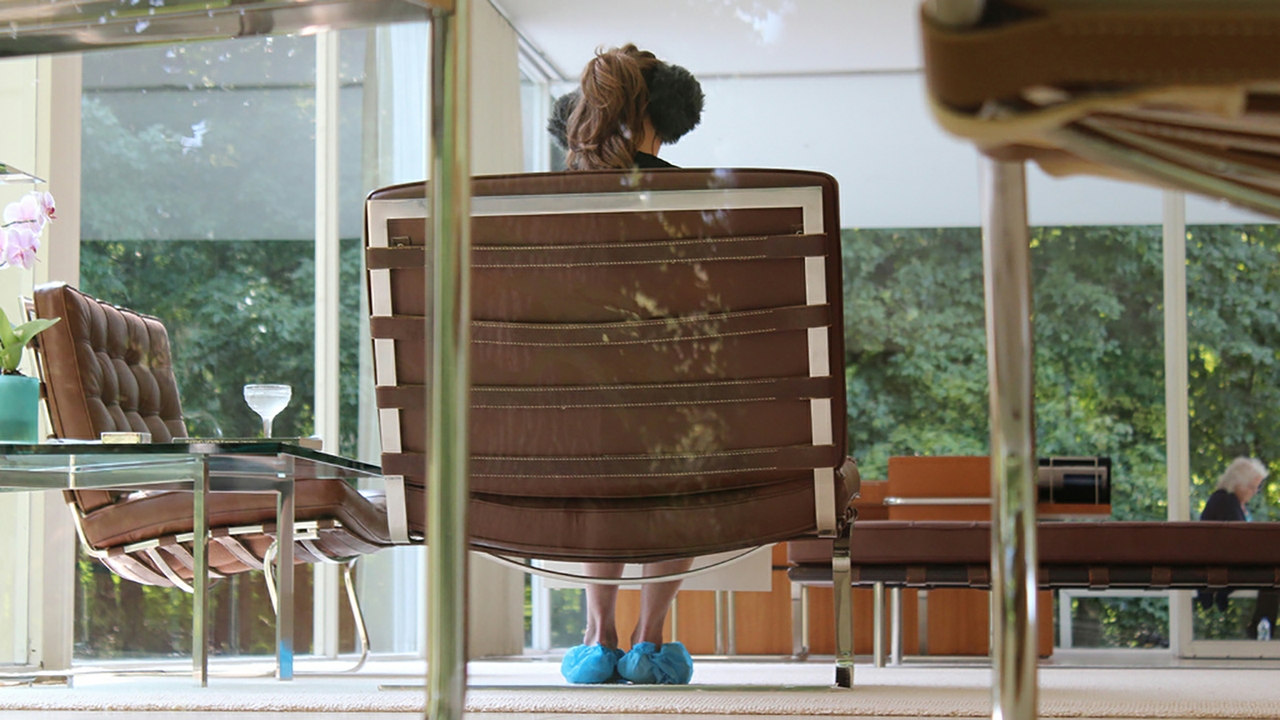 Sounds of the glass house

As part of her research, Wendl spent time immersed in the Farnsworth House. 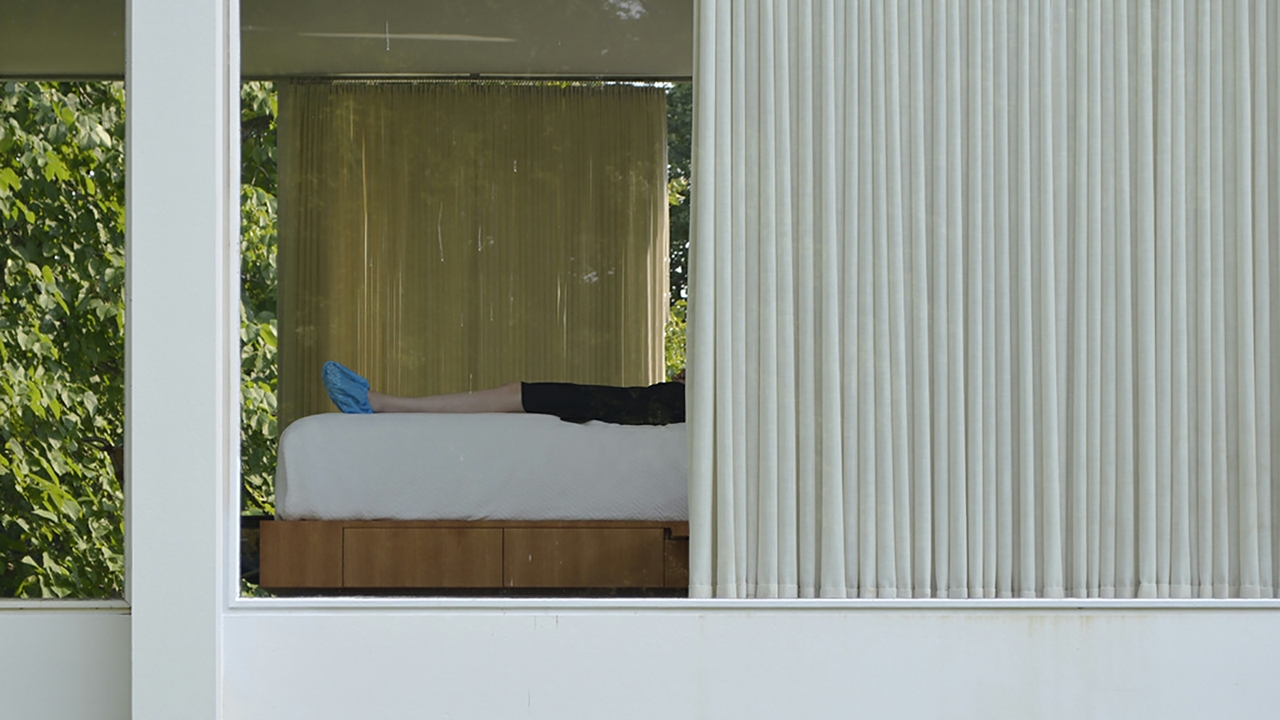 Wendl spent a day in the house, experiencing it as Edith Farnsworth would have. 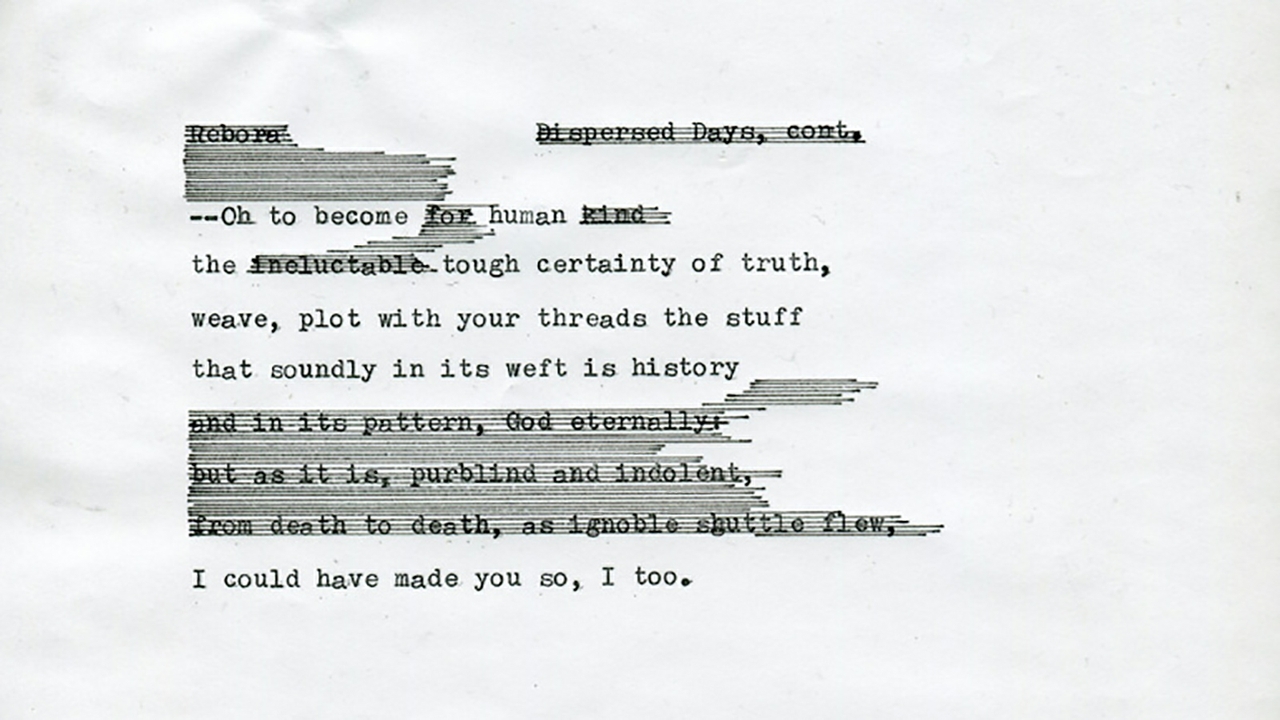 Architectural lines drawn within the Glass Docs work to carve a new poem out of each existing poem from Edith Farnsworth.

Historic shadows in a glass house

An American doctor and pioneering researcher of her time; a German architect seeking commissions and recognition in the United States; and a glass house – the epitome of modern architecture and drawing board of design for a technological age. These three elements create the foundation of UNM researcher Nora Wendl’s exploration of design, the intention of space, and the impact of history defined by gender stereotypes. 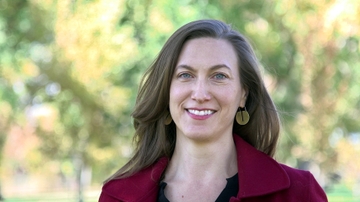 Wendl is an associate professor of architecture at The University of New Mexico’s School of Architecture and Planning. She is also the recipient of a 2019 Graham Foundation grant to re-envision visitors’ experience at Farnsworth House, one of the most iconic modern buildings in the world. Wendl was awarded this grant in partnership with Chicago-based architect Robert Kleinschmidt, and Director of the Farnsworth House, Scott Mehaffey.

“It’s a glass house and was built for a woman, which is unusual,” Wendl said. “Not only was it all glass, but it also had a lot of traits that are now considered to be part of the International Style, for example very minimal details. For a woman to hire an architect who designs this way—with minimal closet space, minimal details—in the post-WWII era, which was all about mass-consumption, is quite remarkable.”

But what intrigues Wendl most about the Farnsworth House is not its groundbreaking architecture, but the woman behind its commission.

During World War II, while American doctors were being sent abroad to support military operations, it left room in the predominantly male field for Edith Farnsworth to rise through the ranks. A graduate of Northwestern Medical School in Illinois, Farnsworth was an internist and kidney specialist, as well as a musician, poet, and authority on 20th century Italian literature.

“She lived an unusual live, as a woman who was a physician in 1951,” said Wendl. “She didn’t mind living in a glass house. She was a person who was comfortable with being public. I think she exhibited traits that we might think of more conventionally as being masculine. During that time, 1951, those kinds of characteristics in a woman were certainly not welcomed. But she lived that way unabashedly.”

Despite her broad repertoire of achievements, Farnsworth is most commonly known for is her association with renowned architect Ludwig Mies van der Rohe, a pioneer of modern architecture. In 1945, she commissioned Mies to build Farnsworth House in Plano, Illinois, and he accepted the offer. But after that point, history divides on how to remember the duo.

“To me, she is a super radical feminist figure in the history of modern architecture,” Wendl said. “She both made this house possible, and at the same time held her space and occupied the place as she intended to occupy it – not giving in to legal or societal pressures.”

Wendl is referring, in part, to the legal conflict that took place between architect and client. For years, the two were locked in a court battle over who owed who and how much for the development of Farnsworth House. Due to a portion of Mies’ biography, written by Franz Schulze, the narrative of the client and architect became one of romance—based largely in rumor, though Wendl believes there may have been a nuanced, emotional connection between the two. However, Farnsworth was left being remembered for her unverified romantic attachment, while Mies is known for his design work and masterful buildings.

Through years of searching archives, reading court documents, and meeting with other historians, Wendl says she believes Farnsworth is being misremembered because of her assertive nature and female gender.

“I hate that so far the only way of telling her history has been that she was a flat character, as many women in history tend to be portrayed, as a sort of trope—the sad, jilted, old crone who lives in the woods,” Wendl said. “I find that very disappointing because there was so much going on in the realization of this house and in her occupation of it.”

Now, in conjunction with the Farnsworth House’s 70th anniversary, Wendl is working with co-grantees at the National Trust for Historic Preservation-Farnsworth House to present Edith Farnsworth Reconsidered. The exhibition will remove the scores of Mies-designed furniture currently on display in the house—most of which were designed in the 1930s for houses in Europe—and replace them pieces that are representative of Farnsworth’s years living there, specifically focused on 1954, just a few years after she took residence in the house.

“By showcasing the home as Farnsworth would have known it, we are bringing a completely different perspective to the space and an understanding of her role in the history of modern architecture,” said Wendl.

The new representation of the home examines the divergences between Mies and Farnsworth’s visions for the space. It also explores the ways in which modernism was domesticated as much by clients and residents as by architects and designers. Finally, Wendl says the revamp encourages a more nuanced understanding of design and its relationship to gender.

In addition to revamping the furniture inside the house, Wendl is also rewriting the script that is presented to visitors as they tour the house. UNM SAP graduate student Ellen Tucker is helping with the visitor's center portion of the grant. The National Trust is allowing the exhibit to stand for nine months, before returning the Mies furniture to its place. During that time, Wendl hopes to spark wider curiosity in visitors.

“This is not only about the architect. Certainly, Farnsworth hired this amazing architect to build the house,” Wendl concluded. “But why can’t we also talk about the way that played out, and about her story– which includes dealing with cultural backlash against a woman who decided to stand up for something that she spent considerable time, money and resources turning into a reality, and that she ultimately had to fight to keep?”