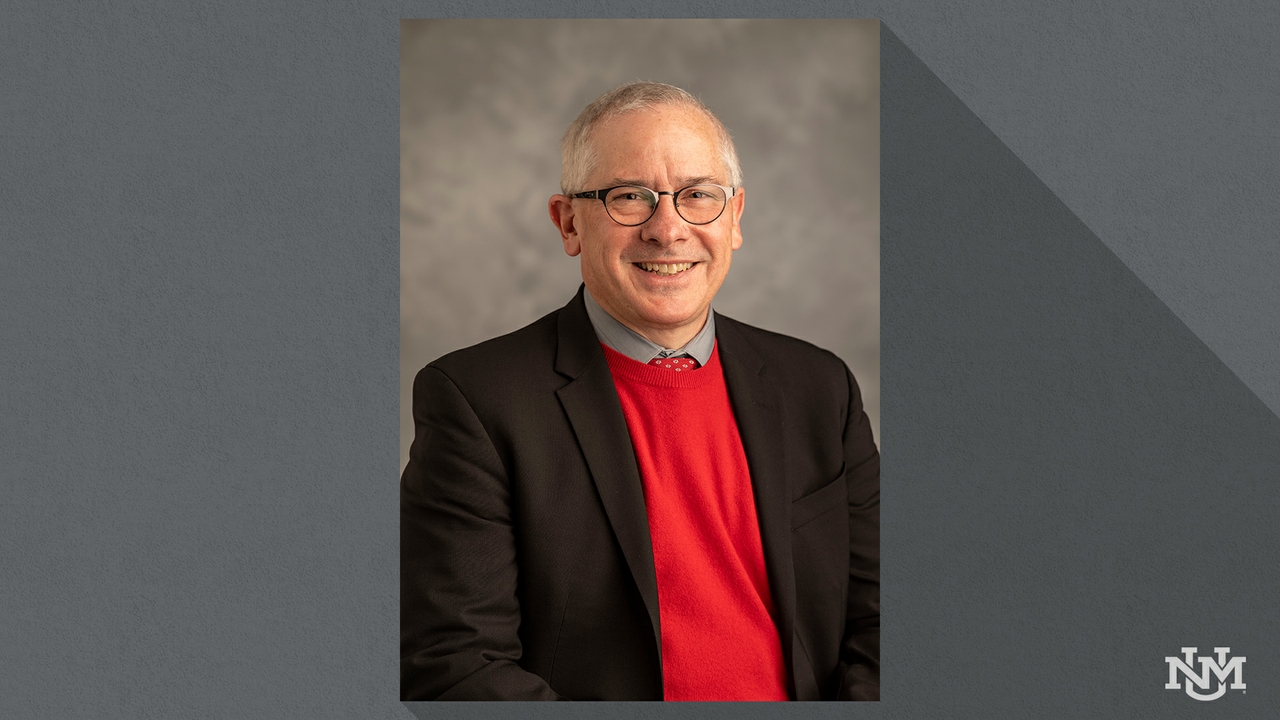 “Dr. Holloway is an inspired choice for UNM Provost, and we are thrilled to welcome him and his family to Albuquerque and to the Lobo community,” said Stokes. “He is a proven collaborative leader in higher education and a strategic thinker who will be instrumental in advancing The University of New Mexico’s mission and ensuring the Lobo experience supports and enriches our students’ lives.”

Holloway is excited to begin his tenure this summer. “I’ve been impressed by the willingness of the UNM community to be bold and to question, and for their love of the place,” said Holloway. “I’m excited and honored to have a chance to serve this great university.” He went on to describe UNM as “an amazing place with amazing people, a center of creativity and discovery, rooted in a beautiful state. UNM is a critical institution within New Mexico, with students, faculty, and staff who bring a true diversity of identities to the creation and application of new ideas, to the growth of human capacity, and to the provision of support and care for all New Mexicans.”

Holloway was selected from a diverse pool of semi-finalists to visit the UNM campus in March, after a nearly six-month long search process. He met with a number of institutional constituencies in open forums, giving the campus community an opportunity to engage and ask questions, as well as provide feedback to the committee. In making her final decision, President Stokes considered committee and campus input, in addition to her own evaluation.

Stokes praised the search committee led by Distinguished Professor of Psychology Barbara McCrady. “The search committee did an outstanding job in identifying all the exceptional qualities we hoped to find in our new provost and was extremely enthusiastic about the talent and vision that Dr. Holloway will bring to this position,” said Stokes. “Many thanks to Dr. McCrady for chairing the committee and to each member for their time and valuable contribution to the process.” McCrady also expressed her delight regarding the decision and stated that Holloway “brings us a deep commitment to the mission of UNM, and impressive experience, energy and enthusiasm.”

Holloway fills the position originally vacated by Chaouki Abdallah, who left last summer to accept a position at his alma mater, Georgia Tech. Stokes expressed her appreciation for Interim Provost Rich Wood’s service and support in sustaining and advancing UNM’s institutional initiatives since Sept. 2018, calling him “a strong advocate for institutional diversity, university and community engagement, and interdisciplinary collaborations.”

Holloway is currently the Vice Provost for Global Engagement and Interdisciplinary Academic Affairs at the University of Michigan. In that position, Holloway has focused on ways in which the U-M engages the world through both scholarship and education, facilitating the creation of interdisciplinary activities that span from sustainability scholarship to engaged research in poverty alleviation. He has served as a Vice Provost since 2013, with a growing portfolio of responsibilities including global engagement, engaged learning and scholarship, and interdisciplinary academic affairs.

“As vice provost, James Holloway has provided remarkable service to the University of Michigan,” said Martin A. Philbert, U-M Provost and Executive Vice President for Academic Affairs. “His wide ranging interests, organizational skill, and ability to imagine new approaches to our work has made him a most effective leader. Under his direction, we’ve had a vision for and developed a strong infrastructure to support global education. We have deepened teaching and research connections with universities around the world, sent impressive numbers of students to study in other countries, and developed outstanding health and safety support for students, faculty, and staff when they travel internationally. I am deeply appreciative for the many ways James has contributed to the University of Michigan and wish him great success as he joins the University of New Mexico.”

Holloway has served in a variety of leadership roles since joining the faculty at U-M as an assistant professor for Nuclear Engineering and Radiological Sciences in January 1990.  Additional roles have included the William Davidson Institute Board (2014 – present), Vice Provost for Global and Engaged Education (2013 – 2016), Associate Dean for Undergraduate Education, College of Engineering, (2007 – 2013), and Interim Director, Wilson Student Team Project Center, College of Engineering, (2011).

In 2007, Holloway was named an Arthur F. Thurnau Professor in recognition of outstanding contributions to undergraduate education. Later that year, he became associate dean for undergraduate education for the College of Engineering. Given the responsibility to blend the hemispheres of creativity and analysis within the engineering undergraduate experience, he dedicated himself to introducing students not only to the theory of engineering, but also to its practice, and to the world at-large.

Holloway’s research in the nuclear engineering field has focused on computational and mathematical modeling of neutral particle transport, plasma kinetics and hydrodynamics, and related problems in inverse problems and plasma tomography. Along with his students, he developed the first Riemann solvers for time dependent neutral particle transport, which included the first successful solutions of low-order nonlinear maximum entropy closures for transport equations.

He served as co-PI on the University of Michigan’s CRASH center, and led the center’s uncertainty quantification program. He has served as reviewer for many journals and programs, and served as Editor of the journal Transport Theory and Statistical Physics.

Holloway has also undertaken research in engineering education, including the study of student identity and gender in the engineering classroom. Holloway’s teaching has spanned from large first year classes to specialized graduate level courses. He has taught a course for education students on engineering in the high school classroom, and also taught a class on Engineering Across Cultures, not only in Ann Arbor but in Kumasi, Ghana, and Chiang Mai, Thailand.

He has received several awards during his academic career in addition to the Arthur F. Thurnau honor including: Ted Kennedy Family Team Excellence Award (Production of an extraordinary and significant piece of work from current or recent collaboration to the College of Engineering in teaching or research – awarded for the work of the CRASH Center in 2014); Harold R. Johnson Diversity Service Award (2011); Committee on Institutional Cooperation Academic Leadership Program Fellow (CIC-ALP Fellow) in 2005; and the Nuclear Engineering & Radiological Sciences Alpha Nu Sigma Faculty Teaching Award (awarded by vote of the students of the department) and the Nuclear Engineering & Radiological Sciences Outstanding Achievement Award, both in 2004.

Holloway was born at Walter Reed Army Medical Center in Washington D.C., and has lived in several countries including Thailand, Germany and England.