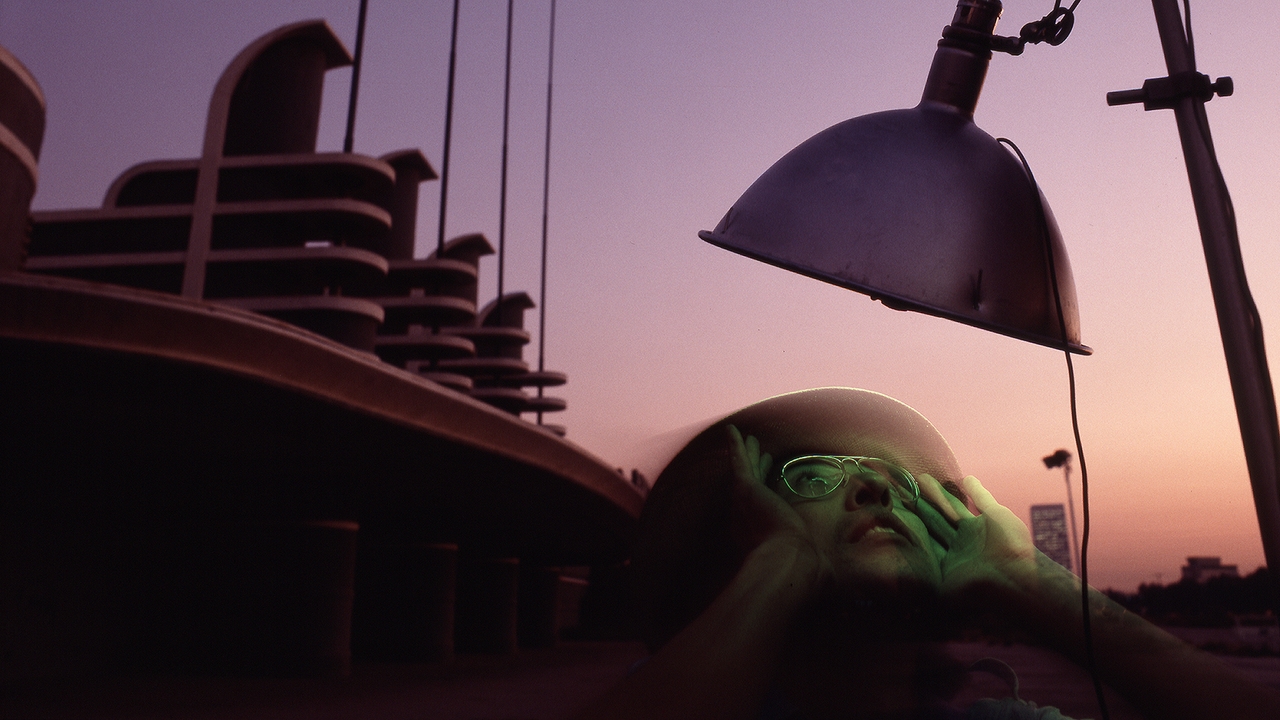 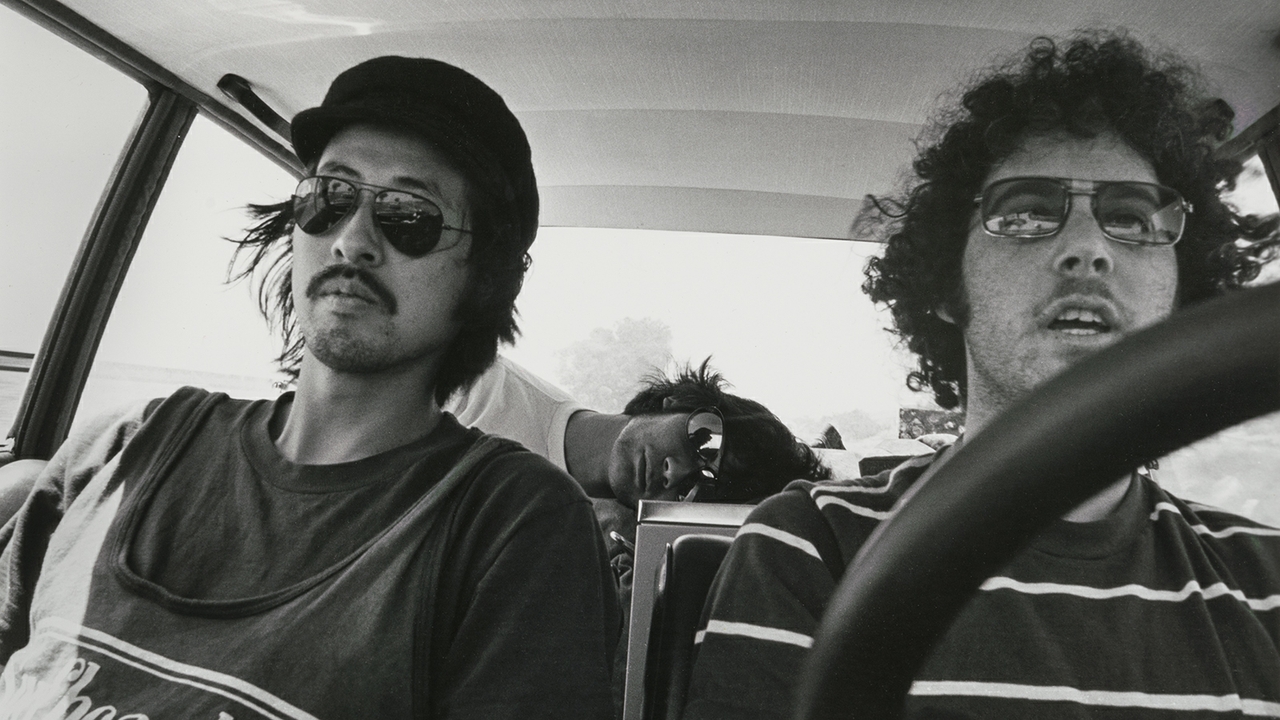 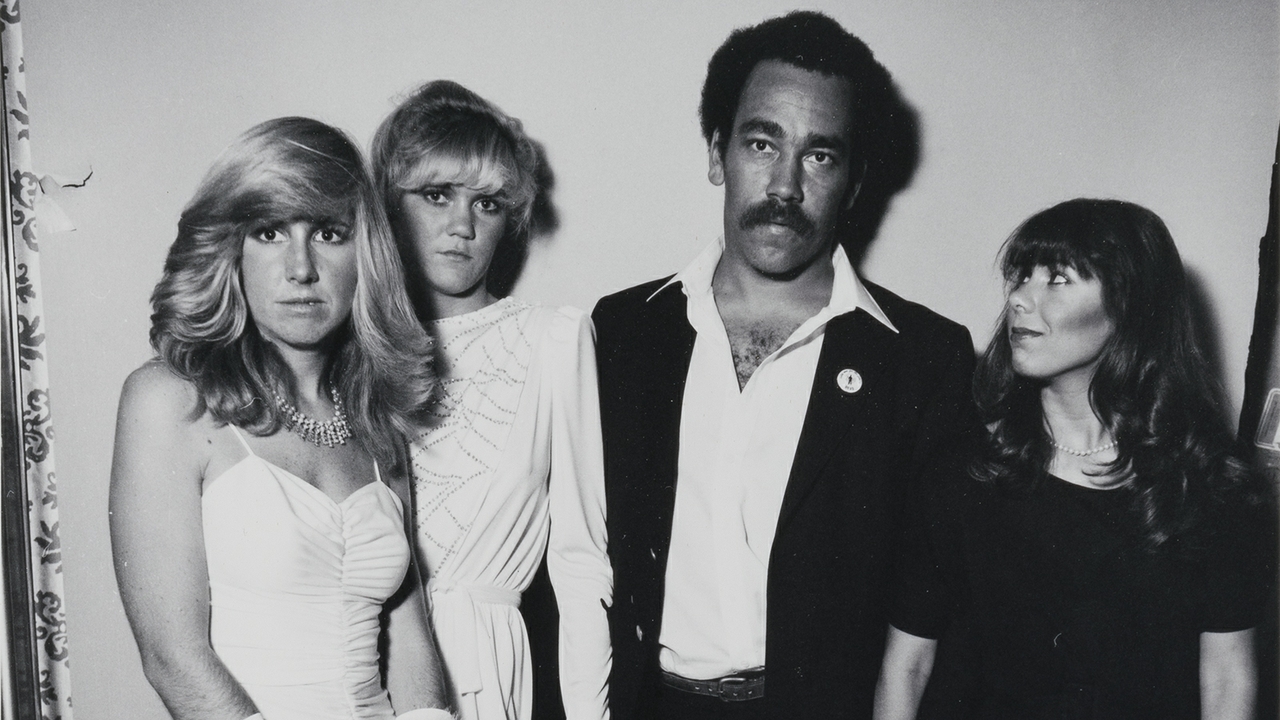 Honoring the legacy of Patrick Nagatani

The mark of a life is immeasurable. For artist, activist and educator Patrick Nagatani, the impressions he left behind take the tangible forms of his photography and art, as well as the intangible forms of how he impacted his peers, students and those who continue to encounter his body of work.

A professor of photography in the department of art and art history at The University of New Mexico (UNM) from 1987-2007, Nagatani was a nationally renowned photographer and artist who made significant contributions to UNM and beyond.

“There’s a certain edge to photography that’s really restricting. It’s a controlled medium, especially in the process. And I just want to throw that control out as much as possible.” - Patrick Nagatani, artist

“He obviously had a huge impact on the department,” said Mary Statzer, curator of prints and photographs at the UNM Art Museum. “He was also very active in the local arts community in Albuquerque, so he was a much beloved figure.”

On April 27, the UNM Art Museum will open “Patrick Nagatani: A Survey of Early Photographs” in the Raymond Jonson Gallery. The photographs in the exhibition predate Nagatani’s move to New Mexico, highlighting the work he did as a graduate student and earlier, when Nagatani was a novice photographer and self-described “sponge” exploring photographic techniques and practices.

Shortly after Nagatani’s death in October 2017, The New York Times published an obituary quoting Nagatani’s thoughts on the photographic medium: “There’s a certain edge to photography that’s really restricting,” he once said. “It’s a controlled medium, especially in the process. And I just want to throw that control out as much as possible.”

Statzer, who curated the upcoming exhibition of Nagatani’s work, says the show will be particularly interesting for students.

“We received a large gift of about 100 pieces from him before he died, and he really wanted us to have this early work.” Statzer said. “It’s exciting because it’s very foundational to the kinds of work you see played out throughout his whole career, so in the exhibition I try to tease out those connections.”

She adds that Nagatani was “not necessarily your typical student.” About 10 years passed between his undergrad and graduate studies, and in the interim Nagatani worked making special-effects models for films and as a technical draftsman. He was teaching industrial drafting and photography basics to high school students before applying to the UCLA (University of California Los Angeles) graduate photography program.

“He only had one formal photography class before grad school.” Statzer said. “And UCLA was very difficult to get into; it was one of the premiere programs in photography at the time. It was quite a coup to get in and work with people like Robert Heinecken and Judith Golden.”

Examples of the early work being shown in the exhibit include two sets of portraits that Nagatani created in 1978, with what Statzer called “the most basic studio set up.”

“He used a white paper backdrop or a dark cloth,” Statzer said, “and just let the sitter do what they would do voluntarily in front of it.” 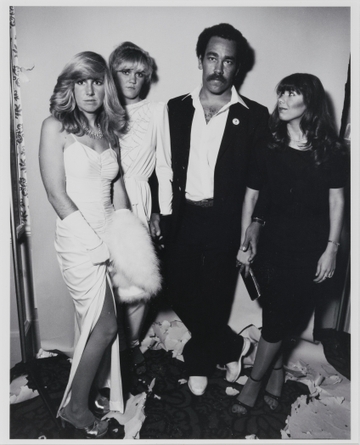 “He just showed up at that party – he asked the host if he could come, it was a big party in Beverly Hills – and as soon as he set it up (the camera and backdrop), it was like a magnet,” Statzer said. “He used a wide-angle lens, making people’s heads slightly bigger than their bodies. It was really appropriate for capturing those big Hollywood personalities; the big egos.”A black and white series of images depicts groups of partygoers standing on a large sheet of white paper draped from ceiling to floor. The edges of the paper are visible, and throughout the night the section on the floor is increasingly destroyed. According to Statzer, those choices were all very intentional, with the aim to deconstruct the illusions so often perpetuated by photographic mediums.

Nagatani’s life and legacy will be commemorated starting with two days of events on UNM’s main campus. An opening reception for the exhibit “Patrick Nagatani: A Survey of Early Photographs” will be held at the UNM Art Museum on Friday, April 27 from 4:00 to 6:30 p.m., and will be followed by the New Mexico premiere of “Living in the Story,” a new documentary film about Nagatani’s work told in his own words. The film will be screened in Popejoy Hall, and director Lynn Estomin, cinematographer Miguel Gandert, and Andrew Smith - who initiated the project - will be on hand for an audience Q&A following the one-hour film.

For the opening reception, the My Sweet Basil food truck will provide catering with a special menu inspired by Nagatani’s work.

On Saturday, April 28 at 1:30 p.m., a panel of Nagatani’s former colleagues and students will convene in the Northrup Lecture Hall to discuss Nagatani’s enduring influence as an artist and educator.

In “Living in the Story,” the documentary film about him and his work, Nagatani says “I often would tell my students, when you make work, think about where the magic is.” His students took that to heart and noticed how Nagatani was committed to his own mandate.

“As a student of Nagatani’s in the late nineties,” said Jasper McKay (2003), “I was perpetually impressed by his commitment to process. The digital age of photography had a well-established footprint by that time, but he was fascinated by mediums as humble/low-tech as masking tape, which he was known to apply in painstaking layers over a matter of days (maybe weeks) to some of his finished pieces.”

These works are referred to as “tapestries” and Nagatani himself confessed to the compulsive nature of constructing these works. “The taping process is obsessive,” Nagatani wrote on his website. “It is done with precision and ardor.” He spoke of magic as a goal and the meditative passage of time while “painting with the tape.”

“In that newly post-Photoshop era,” McKay said, “Nagatani stubbornly communicated with the honesty of the tactile.”

A Remembrance Booth will be set up on Friday and Saturday for people to share their memories about Patrick Nagatani. A UNM film student will shoot and edit the video to create a piece that can be shared on social media and will serve as a keepsake for Nagatani’s family and wife Leigh Anne Langwell.

“It’s a celebration of life and his legacy,” said Daniel Linver, marketing and development specialist for the UNM Art Museum. “He was an incredible figure in this community, and when he passed away so many people were reaching out to see how they could memorialize him.”

Statzer adds, “The weekend is a celebration of him as an instructor, a person and a really accomplished artist.”

Select works of Nagatani’s will be auctioned off during the events, and leading up to the weekend, the UNM Art Museum will raffle off copies of “Desire for Magic,” a book of Nagatani’s work based on a previous exhibition. Raffles will be announced via the art museum’s Facebook account.

“Patrick Nagatani: A Survey of Early Photographs” will be held at the UNM Art Museum through July. In addition, the Albuquerque Museum will highlight “Excavations,” Nagatani’s series showcasing models of buried cars unearthed from ceremonial sites around the world. The New Mexico Museum of Art in Santa Fe will display a broad survey of Nagatani’s work, concentrating on his creative process and use of visual storytelling.

These exhibitions are a part of a collaborative effort between the three museums to honor and celebrate the artistic contributions of Patrick Nagatani to the state of New Mexico.