Manuel Areu’s music used to fill the air in 19th century Spain, Mexico and Cuba. Then it fell silent. In 1952, Frederick Sommer, a found-object artist, found reams of paper stacked in cedar chests discarded in a dumpster in Jerome, Ariz. – the chests deemed more worthy than their contents. Deciding the manuscripts might have value, he contributed them to the University of New Mexico libraries’ Center for Southwest Research.

Argentinian Javier Alejandro Lorenzo earned his master’s degree in orchestral conducting from UNM in 2002. He produced and conducted, both in his hometown of Buenos Aires and in New Mexico, where he served as the National Hispanic Culture Center’s musical director.

“Javier knew about the archive and had wanted to work on it for a long time,” said Ursula Shepherd, associate dean of Honors College. “We selected him as the Garrey Carruthers Chair, which was created several years ago to bring outstanding scholars to UNM to benefit the Honors College and the campus at large. He brought with him national and international credentials and a record of achievement.”

Students participate in the Zarzuela Project
During his one-year appointment, Lorenzo pulled together a group of students, each signed up for independent study, but they worked collaboratively on the Areu collection. “Javier worked to initiate a research opportunity where students work in this model,” Shepherd explained. 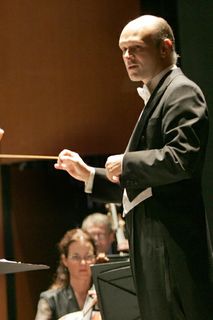 For some time now, the Honors College has been working to develop an on-going research institute, and has received funding from donors to support these efforts.

Shepherd has conducted such research institute projects and understands their value. “Pedagogical studies show that students are more likely to succeed if they conduct research and scholarship under the auspices of professors.”

Lorenzo’s students brought individual skill sets and interests to the project. Some were set loose on the music, working to verify the music’s notation, while others delved into the history and transcribing and translating text from the songs and from Areu’s personal papers.

“Maybe we won’t find anything, I thought. I’m glad I was wrong. It is an interesting collection,” Lorenzo said.

Senior Tessa Frohe was intrigued by working with music that had been untouched for a while. “I’ve been to Jerome, Ariz., made the connections and it sparked my interest. We didn’t know what we’d find. It was a mystery and the possibilities were endless,” she said.

Freshman Augustus Pedrotty said that the music was not always date stamped, but was generally written between 1862 and 1917. “It gave me a new perspective on music, especially discovering the art of the zarzuela, a form of popular culture of its time,” he said.  The zarzuela is a form of indigenous lyric musical theater that came out of Spain and became popular throughout Latin America.

This wasn’t Regina Jimenez’s first foray into the study of music in Honors. She went on a study abroad program with Celia Lopez-Chavez, associate professor, Honors. And she took the class Lopez-Chavez taught and with Lorenzo the field study at Buenos Aires, while he was in Argentina. As a junior studying Spanish, she liked the music and the research. “I enjoyed handling the documents. I was able to use my Spanish skills in transcribing the zarzuelas,” she said, adding that, as an author, Areu used music to communicate Mexican politics of its time.

Sophomore Anna Keebler described the difficulties in translating the lyrics. “There was a lot of dialectical variation,” she said. “His use of ‘vosotros’ showed his Spanish roots. One number, ‘Farasia y Austreverto,’ was very slang – in the music, lyrics and dialog. We knew it was supposed to be a comedy, but we couldn’t really get it,” she said.

Spenser Lotz is the poster child for interdisciplinary study, with interests in liberal arts, music and management. “In transcribing the music that was background to dialog, we heard something that was more rhythmic than melodic. That tune later became La Cucaracha,” he said.

Music charts Areu's movements
The music and other documents revealed Areu’s travels through Cuba, Mexico and the United States. During the Depression, Areu’s family moved from Jerome to Los Angeles, leaving his eight chests of zarzuelas behind in the care of a neighbor. In 1934, he was taken to Mexico City to live, where he died in 1942 at the age of 97. 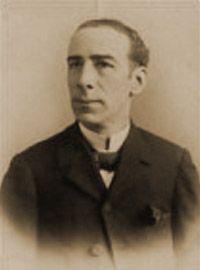 “Areu made a living traveling and performing with an orchestra and his singers in the 1880s and ‘90s. The delivery is both complex and entertaining,” Lorenzo said. Areu was composing new music weekly for recurring audiences in small towns. It was their only source of entertainment.”

Jimenez added, “People would sell their jewelry to get season tickets to his performances.”

What was left was to bring the music back to life. “This is music that hadn’t been heard in 100 years,” Lorenzo said. They chose several pieces, like El Minero (The Miner), which featured piano and a tenor vocalist; and La Polonesa, a dance with Polish roots, which was performed with violin and piano.

UNM professors and students bring the music to life
Lorenzo approached musicians in the College of Fine Arts and was fortunate to find two professors willing to take on learning and performing the music: Pamela Pyle, pianist, and Carmelo de los Santos, violinist. Also performing on the piano were Tzu Feng Liu and Natalia Tikhovidova, and students Estefanía Cuevas Wilcox and Eric Wilcox.

“The transcription of the music was a challenging task because the collection is the only source of this music; it is not possible to compare scores.” Lorenzo said. He felt a strong sense of responsibility to bring the music to life.

“I think the students have no idea of their contribution yet. I am incredibly proud and happy, especially given the challenges the documents presented,” he said.