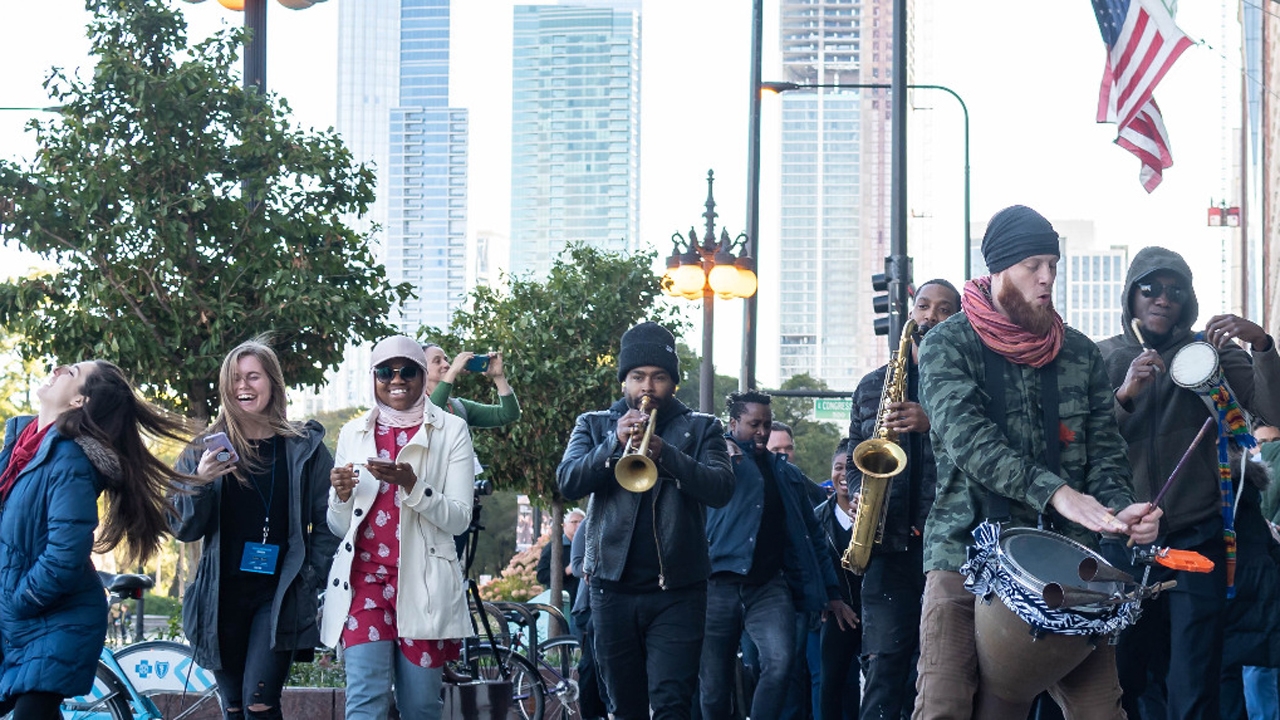 Imagining America: Artists and Scholars in Public Life, along with The University of New Mexico, presents Imagining America’s 20th Anniversary National Gathering Oct. 18-20 in Albuquerque. The two organizations will work with local institutions and leaders in presenting this national conference.

The Imagining America Gathering is an annual convening of public scholars, artists, students, designers, and cultural organizers who are addressing the nation’s most critical issues. The conference offers participants a three-day immersive experience in which to connect, dialogue, learn, and strategize around the ways in which the arts, humanities, and design build public knowledge and collective imagination towards transformative action. Organizers expect more than 500 individuals to attend this year’s gathering.

Imagining America Faculty Director Erica Kohl-Arenas said, “I am grateful that the University of New Mexico and regional partners will be hosting the National Gathering that coincides with Imagining America’s 20th anniversary. We know that this will be a meaningful location from which to re-imagine ‘America’ during the start of the presidential election campaign season. The Southwest also offers a critical geography from which to celebrate rich histories of indigenous culture and ongoing struggles for human dignity and immigrant rights.”

“We are deeply honored that Imagining America has chosen Albuquerque as the location for its 20th anniversary National Gathering. IA’s accomplishments over the past two decades are deserving of celebration and the University of New Mexico looks forward to making this year’s gathering exceptional,” said Monica Kowal, UNM director of Community Engagement Initiatives. “UNM is deeply committed to advancing public scholarship in the arts, humanities and design, and there will is no better place than Albuquerque to celebrate and discuss the role higher education plays in advancing democratic and systemic change.”

“The city’s downtown revitalization—combined with our dense creative population and centuries of history and culture—make Albuquerque a premier location for a gathering of this caliber. We look forward to hosting the attendees this fall and know Albuquerque will deliver on a very memorable and successful event,” said Tania Armenta, president and CEO of Visit Albuquerque.

The mission of the Office of Community Engaged Learning & Research (CELR) is to foster quality experiential learning opportunities for students, support faculty with their community-based teaching and scholarship, and facilitate mutually beneficial campus-community partnerships.