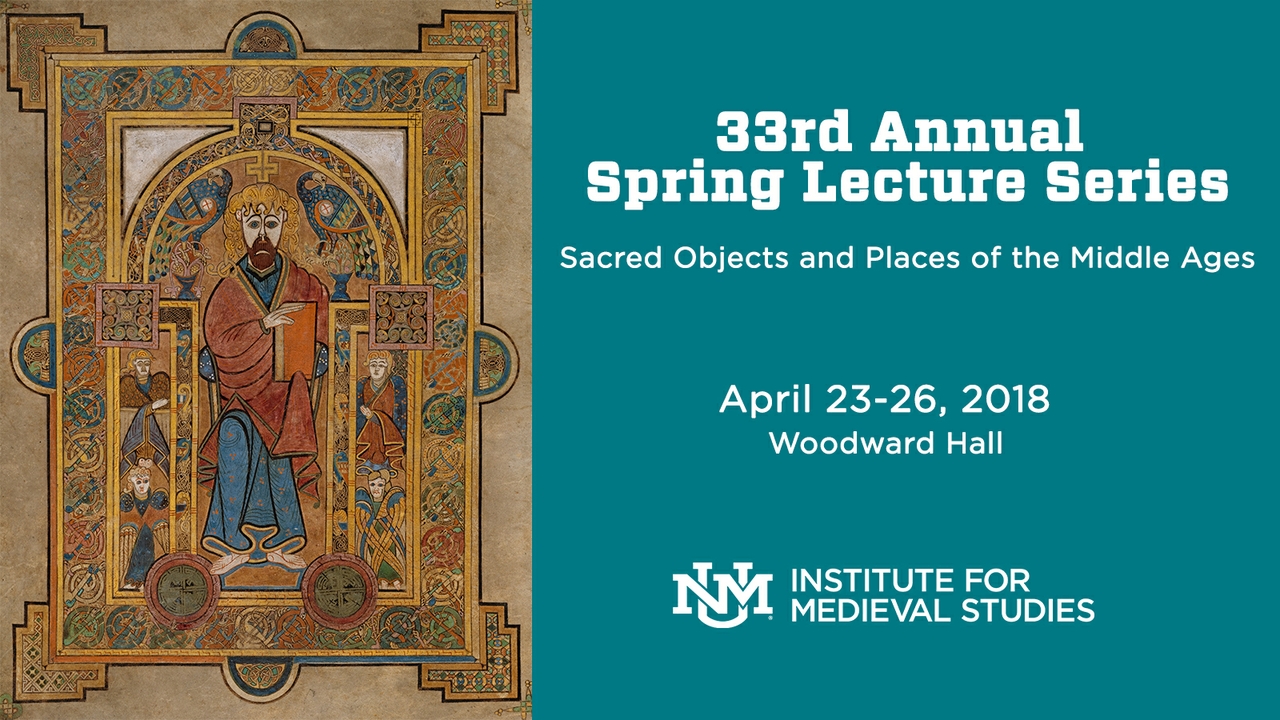 For more than 30 years, The University of New Mexico and the Institute for Medieval Studies (IMS) have collaborated to present the Spring Lecture Series, an annual celebration of world-class scholarship and research to the UNM campus community.

This year, IMS celebrates its 33rd annual Spring Lecture Series presenting Sacred Objects and Places of the Middle Ages, April 23-26 at Woodward Hall, room 101. The event consists of several lectures that delve into a variety of Medieval interests including sacred objects and places, which is this year’s focus.

The lectures are an great opportunity for students and members of the public to interact with leaders in the many fields of medieval research and to see presentations of their current work first-hand.

Wednesday, April 25, 5:15 p.m.
“The Dome of the Rock and Aqsa Mosque in Jerusalem: An Exploration”
Jennifer Pruitt, University of Wisconsin

Thursday, April 26, 7:15 p.m.
“Watching the Birth of a Holy Object: The Icon of the Kykkotissa on Cyprus”
Annemarie Weyl Carr, Southern Methodist University

All lectures take place in Woodward Hall, Room 101. All events are free and open to the public.