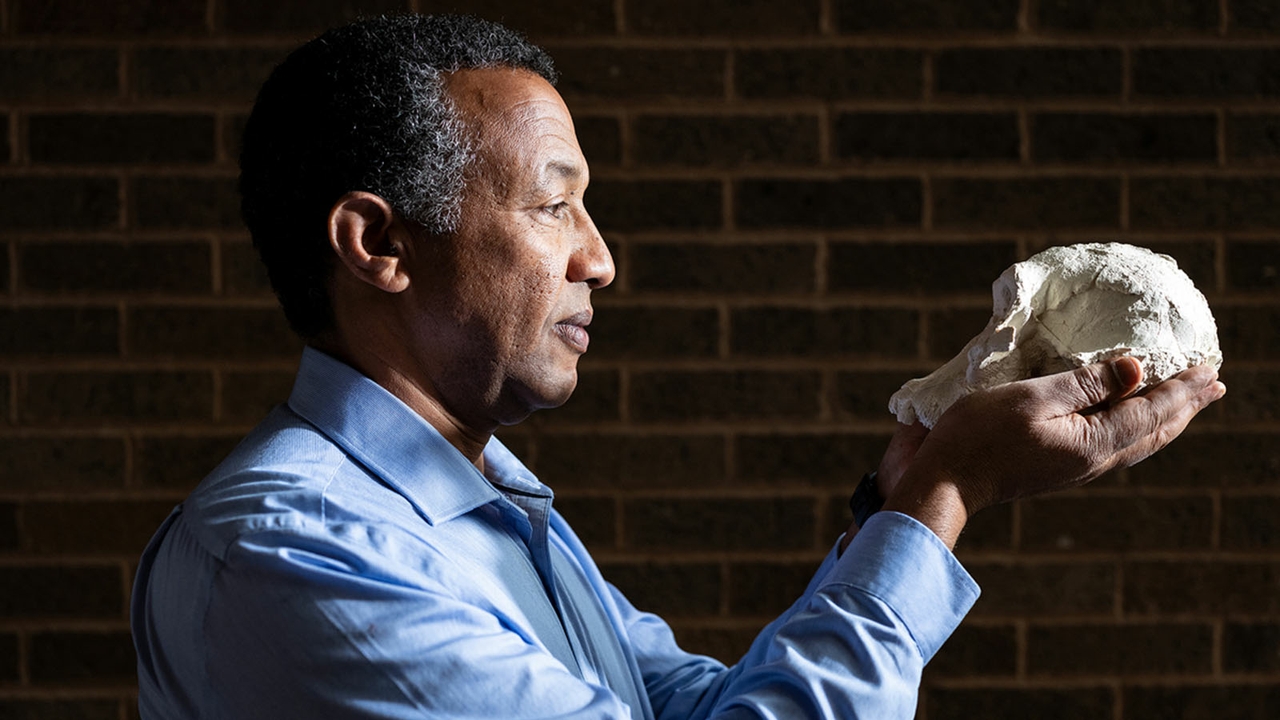 In the presentation, Haile-Selassie will discuss A new face to an old name: Recent discovery of a cranium of the earliest Australopithecus in Ethiopia. During his work at Woranso-Mille, a paleoanthropological site located in the Afar region of Ethiopia, he discovered a 3.8 million-year-old hominin cranium of the earliest known species of Australopithecus anamensis, an early ancestor of today’s humans.

According to Nature magazine, Haile-Selassie "shook up the human family tree with the discovery of a remarkably preserved 3.8-million-year-old skull,” a find some say “is rivaled only by Lucy, the 3.2 million-year-old skeleton fossil of the closely related species Australopithecus afarensis.”  He is considered one of the field’s most talented fossil finders.

“Finding the Australopithecus anamensis fossil was one of the most exciting moments in my 30 years of fossil hunting. The feeling at the moment of discovery was inexplicable, to say the least,” Haile-Selassie recalled. “Complete fossil crania like this are extremely rare in the fossil record. There are none from that age (3.8 million years) and so far all fossil human remains older than 2 million years are found only in Africa.”

Haile-Selassie is curator of Physical Anthropology at the Cleveland Museum of Natural History and an adjunct professor at Case Western Reserve University.

The formal version of the presentation will be published in JAR.

JAR has been owned and published by UNM since it was founded by UNM Anthropology professor Leslie Spier in 1945. JAR, a highly respected international journal, has subscribers in about 50 countries and every one of the United States. All the lectures in the series are published in JAR. Lectures have been given by several of the most important paleoanthropologists of the late 20th and early 21st century, including Elizabeth Vrba, Clark Howell, Donald Johanson, Loring Brace, Matt Cartmill, Fred Smith, Sally McBrearty, Richard Klein, Owen Lovejoy, and others, along with primatologists, ethnologists, linguistic anthropologists, biological anthropologists.