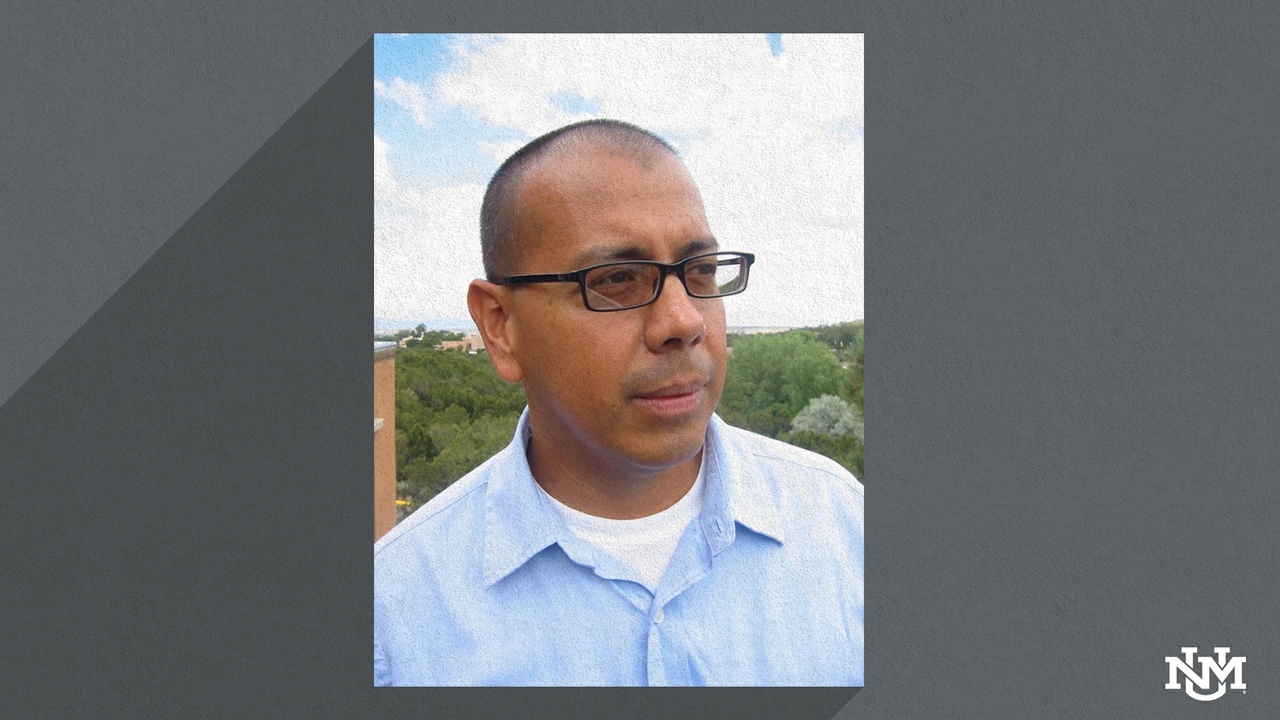 Graduate Studies has announced the selection of Jesse Alemán as their next associate dean.

The selection committee was impressed with, "Alemán’s energy and passion for Graduate Studies at The University of New Mexico."

Dean Julie Coonrod notes, “Graduate Studies looks forward to working with Dr. Alemán on new initiatives that will strengthen our graduate programs across the campus.”

He is the recipient of the College of Arts and Sciences’ Award for Teaching Excellence, the American Indian Student Services’ STARS Award, the Wertheim Award for Outstanding English Faculty member, Outstanding Faculty Member by the English Graduate Student Association, and he’s received a Faculty of Color award from UNM’s Project for New Mexico Graduates of Color. Most recently, he was selected as the 2016-2018 Presidential Teaching Fellow, the highest recognition for teaching excellence UNM bestows.

Currently a Research Fellow with the Latino Research Initiative at the University of Texas at Austin, Alemán is completing Latino/a Civil Wars: Writings from the Front of Nineteenth-Century U.S. Latinidad, to capstone his significant record of published work on nineteenth-century U.S. Latino/a literary and cultural histories. Alongside his body of scholarship, Alemán brings to the post a demonstrable history of distinguished commitment to graduate studies, from innovative curriculum and program building to steady advising and award-winning pedagogies.

Born and raised in California’s Central Valley, Alemán earned his BA and MA in English at CSU, Fresno, and received his Ph.D. from the University of Kansas.