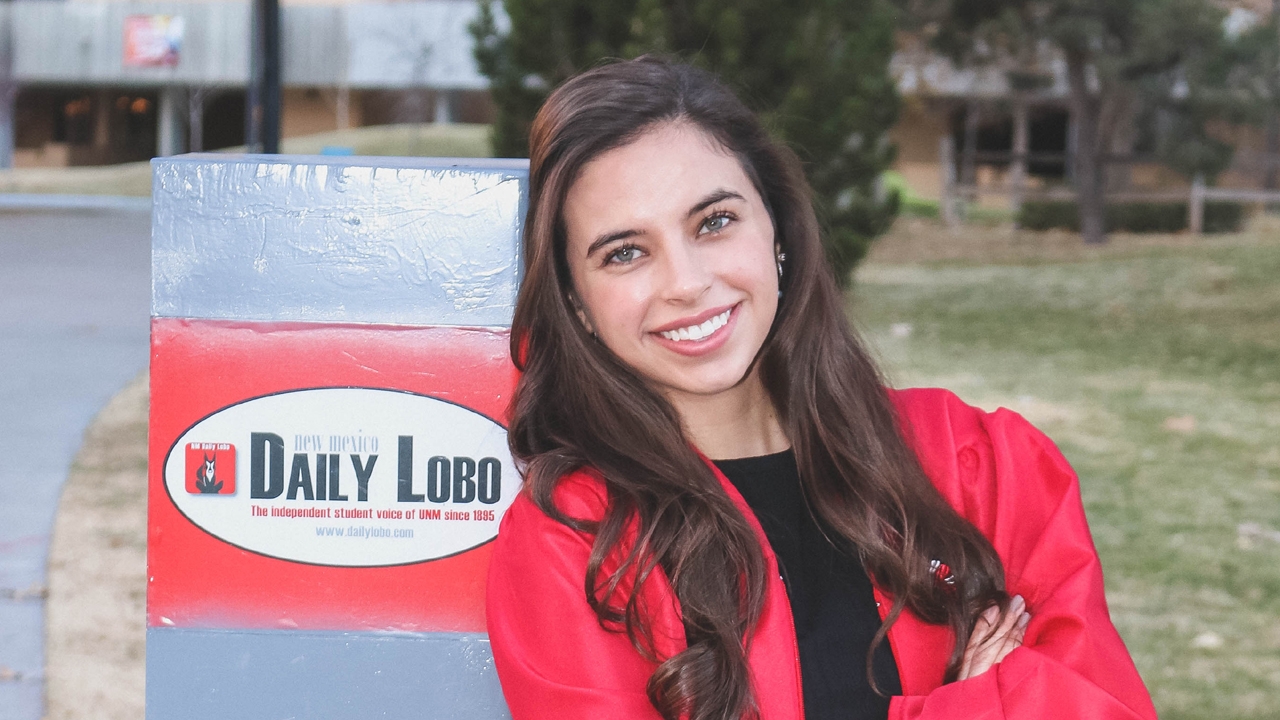 When she came to UNM, she heard of the student newspaper The Daily Lobo, and decided to apply as a freelance reporter. After working as a freelance reporter for a while, in the spring of 2017, she ran and was selected to be the editor-in-chief of The Daily Lobo. This position helped her further her experience in journalism, as well as her other experiences, including working with publications like the Rio Grande Sun.

In addition to journalism, she is also passionate about her major in Spanish. She chose this as her second major because as a freshman taking core classes such as history and science, she discovered an interest in Spanish. In addition to her interest, she also wanted to find a cultural connection to her family and become closer to her heritage.

Aside from journalism and Spanish, “UNM gave me the chance to take courses outside of my majors in subjects like astronomy, geology, fairytales, anthropology, and more, which expanded my knowledge and appreciation for these topics,” said Sanchez. She also had the opportunity to participate in two study abroad experiences, one in Ireland and one in Costa Rica, which allowed her to be exposed to and embrace other cultures.

Sanchez faced an obstacle of perfectionism during her time in college. However, she was able to work on overcoming this while she was editor-in-chief of The Daily Lobo. She realized that, “If you’re managing 40 people, not everything will go just the way you want it to. It’s okay if not everything goes perfectly, you just have to try your best.”

After graduation, Sanchez plans to spend more time with her family and put more time back into her social relationships. She is also thinking about attending law school in the fall of 2019.

“Regardless of where the road will take me, I know for certain that becoming a Lobo helped me get there,” said Sanchez.