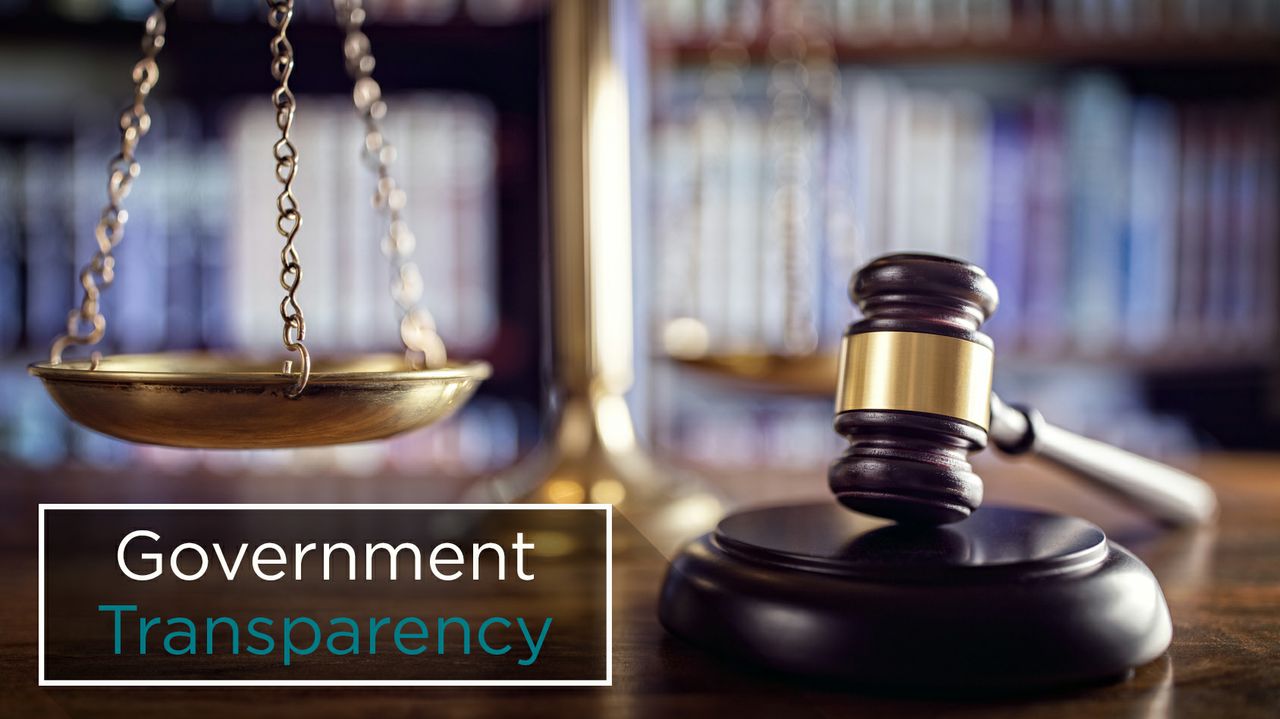 Knowing your rights: government transparency on state and federal levels

By law, certain government proceedings, records and interactions must be made available to the public. These sunshine laws, as they are called, create an element of transparency between citizens and the government – particularly in upholding the first amendment right to freedom of the press.

Experienced compliance officers John Rodriguez (UNM) and Tim Korte, along with UNM Professor Bruce Perlman and local TV reporter Chris Ramirez will discuss the value of state and federal sunshine laws (IPRA in New Mexico and FOIA at the federal level) for transparency, accountability and democratic process, as well as their legal and administrative implications. 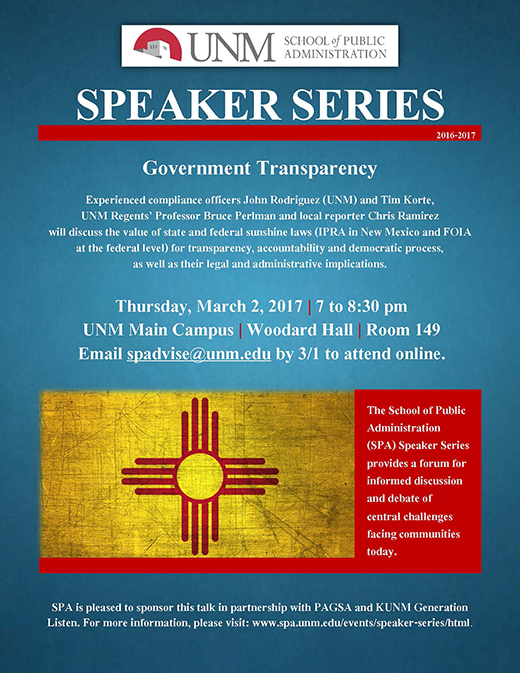 Email spadvise@unm.edu by Mar. 1 to attend online. Instructions will be emailed.

Tim Korte spent six years as Public Information Officer for two state agencies and the Bernalillo County District Court before joining New Mexico Gas Company as manager of Communications in November 2016. He submitted countless Inspection of Public Records (IPRA) requests during his 20 years with the Associated Press and processed even more as an agency records custodian. Korte attended The University of New Mexico, where he earned a Bachelor of Arts degree in journalism and English and a Master of Public Administration degree. He volunteers with the Boy Scouts of America and the American Youth Soccer Organization.

Chris Ramirez leads the KOB-TV 4 Investigates Team. His work as a journalist has rooted out political corruption, advocated for the voiceless and powerless and helped shape laws passed by the NM Legislature. Ramirez’ reporting has earned him several awards from the New Mexico Broadcasters Association, the Rocky Mountain Regional Emmys® and Common Cause New Mexico. Readers of ABQ the Magazine voted Ramirez Best News Reporter in 2013 and Best Investigative Reporter in 2016.

Ramirez uses state and federal laws that make public records available on a daily basis. These tools are important for a free press to verify facts, obtain information and research government policies. Ramirez earned his Bachelor’s Degree in Journalism and Mass Communication from New Mexico State University and a Masters Degree in Public Administration from the University of New Mexico.

Bruce Perlman is Regents’ Professor at UNM, specializing in public management, organizational behavior and institutional reform. He is a former director of the School of Public Administration and has served in prominent positions in state, local and federal government, including: Deputy Chief of Staff for the Governor of New Mexico, Chief Administrative Officer for the City of Albuquerque and Staff on the Joint Economic Committee, U.S. Congress.

The Speaker Series is sponsored by the SPA, in partnership with the Public Administration Graduate Student Association (PAGSA) and KUNM Generation Listen student groups. For more information, visit: http://spa.unm.edu/events/speaker-series.html.