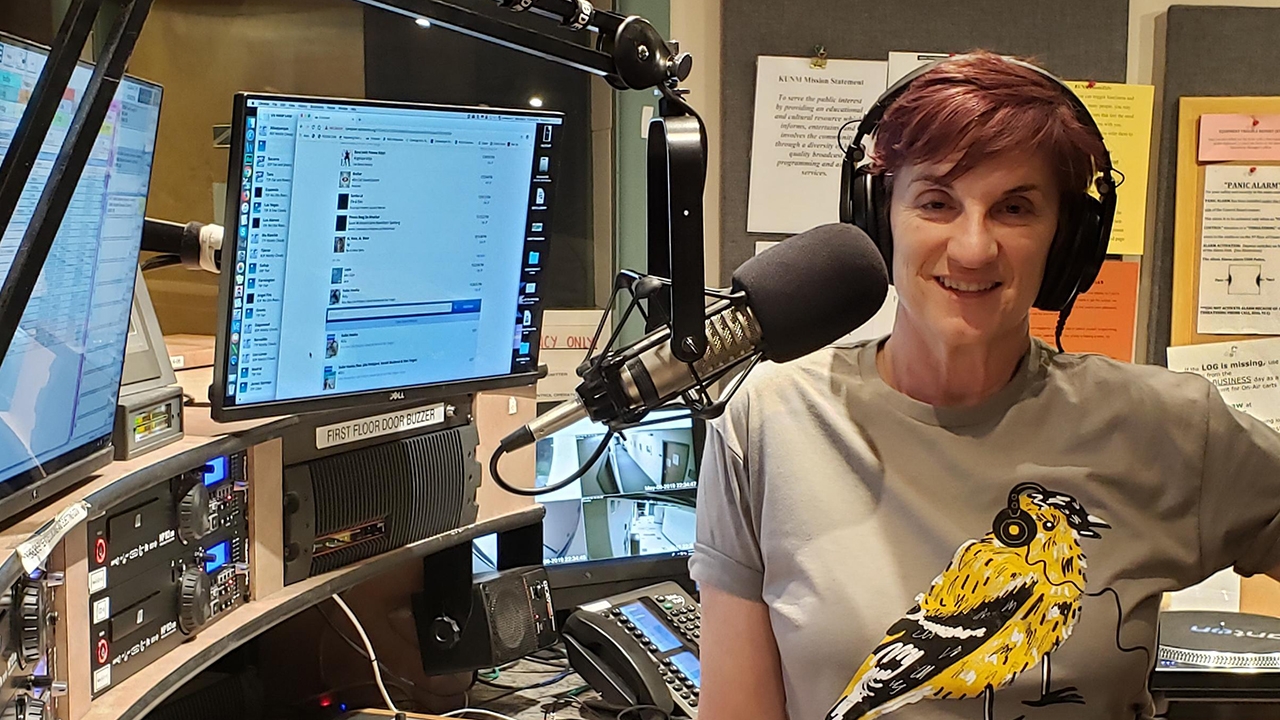 KUNM Radio, at the University of New Mexico, has selected Megan Kamerick to be the station’s next News Director. Kamerick started her position on July 19, 2021, following an extensive national search to fill a critical role for KUNM’s public service across central and northern New Mexico.

Kamerick began as a volunteer at KUNM in 2005 on Women’s Focus and joined the staff in 2015. She is familiar to KUNM listeners as a reporter, the local host for Morning Edition, and more recently as the local host for KUNM’s evening news magazine All Things Considered. She produces KUNM’s monthly program University Showcase. She is also a producer and correspondent for the NMPBS television program New Mexico in Focus. Her current work includes the NMPBS podcast Growing Forward, documenting the emerging state of legal cannabis with co-producer Andy Lyman.

In applying for the News Director position, Kamerick wrote, “KUNM is such a vital news source for New Mexico, which is full of news deserts and has seen its existing media outlets shrink over the years. There are such important stories here and we could be putting more of them out to NPR and elsewhere when we do them for our newsroom. These include many difficult topics like child poverty, poor healthcare, and systemic racism. But there are also stories of innovation and inspiration here as people are finding innovative ways to address many of these problems.”

In accepting the offer to become news director, Kamerick said, “I am honored to lead the award-winning KUNM News team, and mindful that I am following in the footsteps of our late colleague, Hannah Colton, who served as interim news director. We never stopped reporting during what was the most momentous news year that any of us is ever likely to see. We will continue that work, with particular attention to the underserved communities in our state.”

KUNM Program Director Tristan Clum led the Search Committee and made the announcement to KUNM staff, volunteers and the Radio Board, “It is so nice when a nationwide search affirms the tremendous talent we have right in our own backyard! As news director, Megan will put her decades of experience in print, public TV and radio to work in new ways. I am truly excited for the future of local news on KUNM.”

Prior to joining KUNM in 2005, Kamerick was a senior reporter for the New Mexico Business Weekly for eight years and during that time did regular segments with KUNM hosts about important business and economic stories. She was also a freelance reporter based in Albuquerque for NPR, Latino USA, Peace Talks Radio, among many others. She had previous print reporting experience for newspapers in New Orleans and San Antonio, Texas.

In other newsroom staff changes, Marisa Demarco has left KUNM after more than seven years of reporting and newsroom leadership. KUNM Program Director Tristan Clum made the announcement, saying “Marisa is an enormously talented storyteller, audio editor and reporter. She's made an indelible mark on the KUNM newsroom.”

Demarco has been hired by States Newsroom, a national nonprofit organization tasked with government watchdog journalism. States Newsrooms has 22 bureaus around the country.

She will be assembling a team and serve as Editor-in-Chief for the States Newsroom news bureau in New Mexico. Demarco hopes to continue collaborating with KUNM and other news teams to serve her home state.