This position was jointly established by UNM and the Fulbright-García Robles program as part of a four-year agreement between the LAII and COMEXUS, the U.S.-Mexico Commission for Educational and Cultural Exchange. A nonprofit organization founded in 1990, COMEXUS represents a binational effort between the U.S. and Mexico to promote educational and cultural exchange for students, faculty, and researchers from both countries. 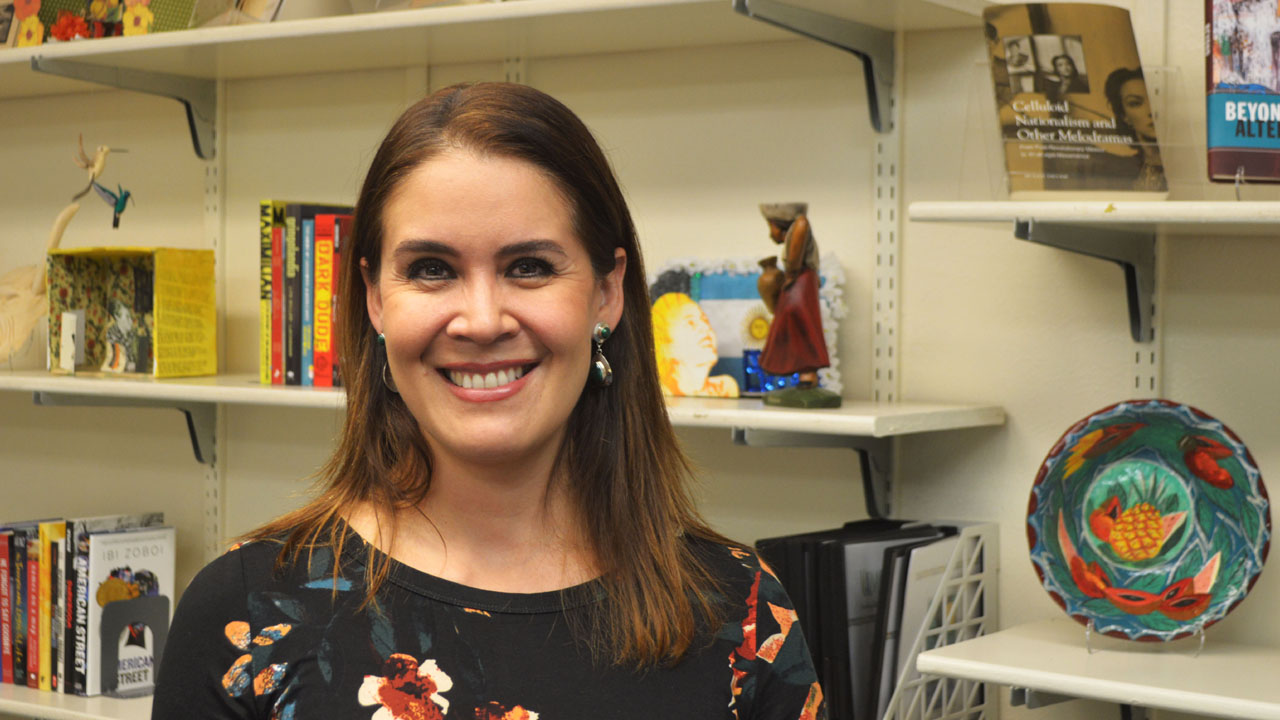 “This is an important opportunity for UNM to continue building scholarly connections with Mexico, and in this case, to engage firsthand with a scholar whose research critically explores the historical relationship between U.S. researchers and indigenous communities in Mexico,” said Ronda Brulotte, LAII interim director.

A native of Morelia, Michoacán, Ojeda Dávila primarily focuses her research, both historical and anthropological, on the P’urhépecha group from the northwestern region of the state and has published several books and articles about the indigenous peoples and their heritage and culture. As Mexico Studies Chair, Ojeda Dávila is teaching a course titled “Indigenous Social Movements in Mexico,” an interdisciplinary course that provides an overview of the emergence of the major social movements led and empowered by different Mexican indigenous groups throughout history.

“I think it is very important to know – and in this case, to teach – the history of the indigenous peoples of Mexico and their struggle throughout history for their survival and for the recognition of their fundamental rights because it is an active process, full of injustices and suffering, discrimination and subjugation,” Ojeda Dávila said. “Only through the knowledge of their history and respect for each and every one of the original peoples, and towards all minorities and each of the sectors that make up Mexican society, is how their reality - our reality - will begin to change.”

Ojeda Dávila is currently tenured faculty at Universidad Michoacana de San Nicolás de Hidalgo, one of the first universities established in the Americas and known for producing many revolutionary thinkers and its open acceptance of disadvantaged students from neighboring states and indigenous communities. There, she teaches methodology of history, anthropology of Michoacán, and introduction to anthropology and interdisciplinary methods at the undergraduate and graduate levels.

Although Ojeda Dávila has only been in Albuquerque for a few short months, she says it’s already starting to feel like home. “Everyone has made me feel very welcome and comfortable, both in the History Department and at the LAII,” she said. “I am so impressed by my very friendly students and their interest in the subject matter.”

Ojeda Dávila hopes to take advantage of all the opportunities, both institutional and personal, that she has been afforded during her time in New Mexico – whether it’s speaking at NMSU in November, attending the Santa Fe Indian Market or attempting to visit all 19 pueblos.