Hinojosa sits down with correspondent Russell Contreras to talk about the representation of Latinos in the media, the current political debate about immigration, and changing identities in the United States. 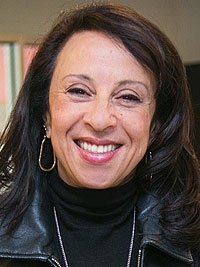 Correspondent Laura Paskus talks with investigative journalist Jonathan Thompson, former editor of High Country News, about his new book called “River of Lost Souls: The Science, Politics, and Greed Behind the Gold King Mine Disaster.” They discuss what contributed to the Gold King Mine spill and how it may continue to impact the region.

Additionally, host Gene Grant and the Line opinion panelists review new information about a plea deal in the DWI case of former New Mexico cabinet secretary Ryan Flynn. They also debate racial profiling in New Mexico in light of the recent controversial arrest of two men of color at a Philadelphia Starbucks, and discuss the “immigrant friendly” measures passed by Albuquerque’s City Council.