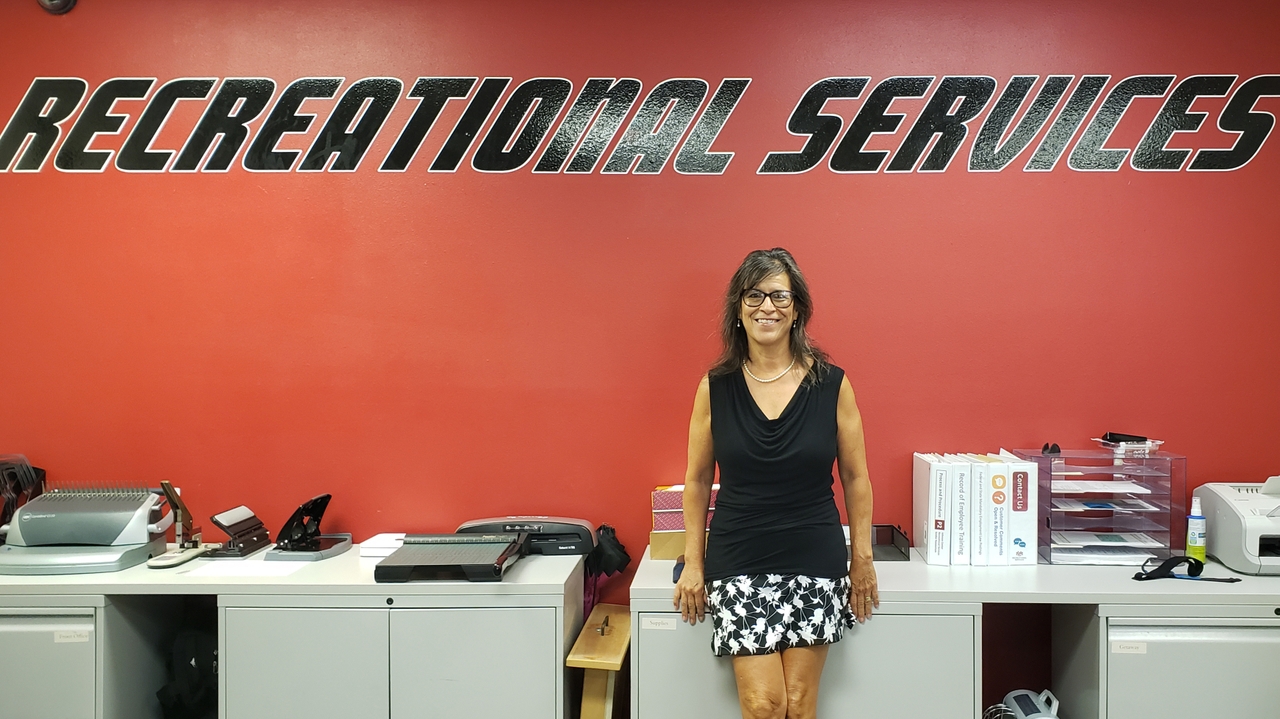 is saying goodbye to Laura Montoya after 30 years at UNM. 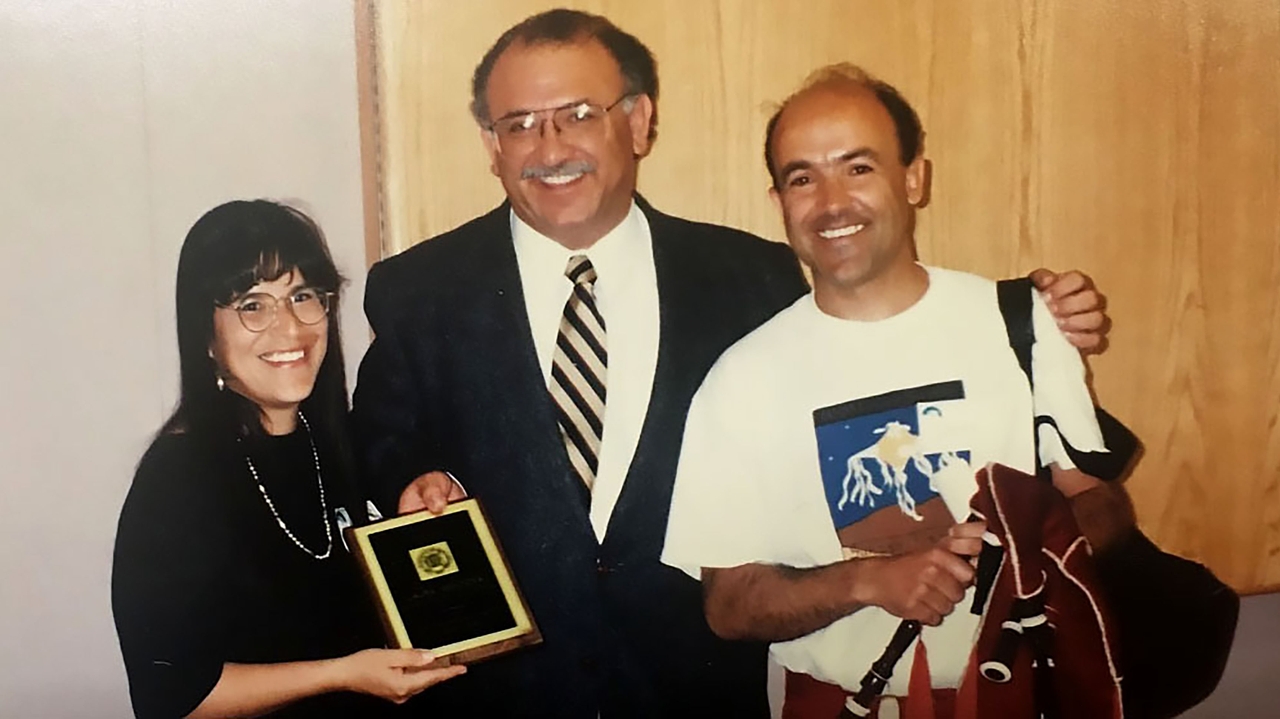 “I am New Mexico,” words uttered more than once as Laura Montoya reflected on her last 30 years with The University of New Mexico. Montoya is set to retire from her post as the coordinator of UNM Recreational Services Getaway Adventures on June 30.

The students — or family as she refers to them — will be the part of the job she’ll miss the most.

“I love really getting to know my students,” she said. “I’ve now done the job for 30 years because I love it.”

Montoya first became a Lobo as a student working towards her Recreation and Tourism degree. During that time, she interned with the ASUNM Popular Entertainment Committee—now Student Special Events. Her job entailed taking her peers to large concerts, and various local events. Accordingly, she started the UNM Student Travel Center to try to supplement the small Recreational Services program — which consisted only of intramural sports and a program called “Getaway” — with more activities and events.  The Center set up ski trips and concerts and helped students traveling abroad. 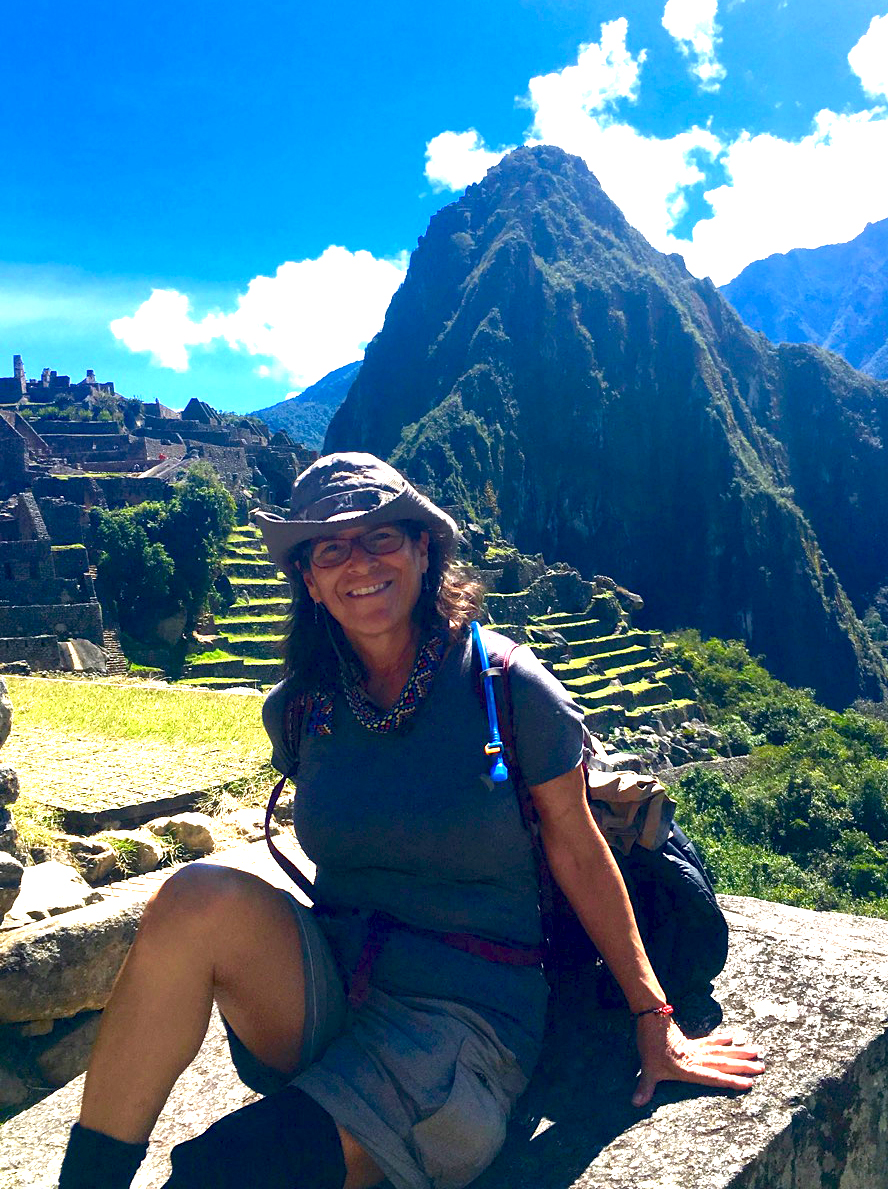 One of Montoya's favorite Getaway Adventures was her trip with students to Ecuador and Peru.

“There was no job for me here at UNM when I graduated, so I became a travel agent,” she said.  “It was really fun, and I got to take groups abroad and all over the country.”

While being a travel agent was enjoyable, Montoya’s heart was always with UNM. Luckily for her, a job which she had not been chosen for once before had become available again. “This time they really urged me to apply so I did, and I got the job,” she said.

The first order of business upon taking the position was to reinvent  and rename the program to more accurately describe its function.

“I changed the name to Getaway Adventures and revamped it to include more cultural programming and more of what New Mexico has to offer and also tap into the adventure side by doing skiing, hiking, snowshoeing, all that stuff,” she said.

Her goal was to change what she remembers as a boring and dead Johnson Center into a more vibrant, student-oriented program.

“I remember my first few days at Johnson thinking I made the wrong career choice because it was so lifeless,” she recalled. “Now there’s so much going on I wonder how I can get everything done.”

Getaway Adventures now partners with several departments on campus and collaborates with summer camps, student groups, staff and others to provide educational adventures. Thanks to Montoya, the program has a strong relationship with the Global Education Office and works with many international students.

“I’m like their mom to many of these students when we are on trips,” she said.

She’s even kept in touch with many of them after they graduate from UNM and visits their countries, or they visit her.

The full moon camping trips to White Sands — something so rare that she was only able to do it four times in her 30 years with the program — have been among her favorite local trips.

“It’s absolutely glorious because you see the sands after the park closes at 10 p.m. and you feel like you’re in the snow, but then you need sunglasses because it’s so bright because of the moon. It is the perfect trip,” she said.

While the main part of her job was taking students on adventures, Montoya also took on marketing duties for the program and served as a Student Affairs fellow in 2000.

“I was questioning myself about whether I still wanted to really do this job, so I became a fellow,” she said.  What started as a four-person team ended with three. “It was a hard job, but I learned a lot, and I worked with all the departments in the Division in one form or another.”

Throughout her fellowship she worked on special projects for the Division’s vice president Eliseo “Cheo” Torres.

During the last three years of her Getaway Adventures career, Montoya set her goal on taking students abroad, and subsequently achieved it by taking students to Ecuador and Peru.

“To me, that was my crowning achievement,” she said. “I wanted to bring the academics together because sometimes people think that because we are Recreational Services, we just throw balls around.”

Students on these trips not only learned from being immersed in these countries and cultures but they also earned three credits toward their degree.

Montoya attributes her longevity with the program in part to some of the great bosses she’s had—one of them being James Todd, the program’s current director. She said Todd urged her to take chances and be creative and innovative.

Todd said that the two of them “grew up together” in the program and even realized they ran in the same circles prior to their time at UNM.

Todd mentioned Montoya always put the safety of the students first and was a true ambassador of the program, Division of Student Affairs, and the University.

“I will miss her support, her loyalty, her enthusiasm, her dedication, her willingness to jump in and do any job even if it’s not within her job description,” he said. “She’s always been my ally, had my back and been my best friend.”

He admits that it will be hard for anyone to measure up the bar that Montoya has set for this position.

Todd recalls many things that have changed over the years in Recreational Services and says that he and Montoya have been through its best and worst times. Possibly one of the worst times for Montoya was when she had a stroke last year—a part of her life that she considers a humbling experience and is happy to share with others in order to encourage them to put their health as a priority.

“I’d like to people know about it because a lot of people think you have to be this ill-health person to have a stroke,” she said. “I pride myself on my health, I work out every day, I don’t drink, I don’t smoke, and it happened.”

Last August, Montoya was at her 88-year-old dad’s house taking care of him—a task she’s taken on since her mother’s death. She remembers that it was a stressful time, the first week of the semester, and a very busy period for her in which she sometimes put in 70 to 80 hours a week.   She says she felt her knee buckle and then her whole right side was paralyzed, and she couldn’t talk. She knew then that she was having a stroke. She credits her dad — who’s middle name is Salvador which means savior in Spanish — as saving her after finding her, calling an ambulance and going to church to pray for her.

“My dad goes to church every day except Sundays — that’s for football and beer — and he said that going to church was all he could do for me after it happened,” she said.

Montoya subsequently went through a life-threatening surgery that day to remove a clot in her brain. After the surgery, she vowed to recover from this setback and went through months of rehab to get her abilities back.

“My family was urging me to retire at that point and I told them ‘no, I have to prove to myself that I can do this,” she said.

And while she jokingly says that that she’s a better cook after spending months recovering and watching the cooking channel, she returned to work in January of this year, on the condition that she would work one more semester and retire—and she did just that.

Retirement for Montoya will entail spending more time traveling with her husband of 34 years, Clarence, and spending with her two grown children. One of the things she looks most forward to is being able to spend more time with her dad. She also plans to garden and keep in touch with her students—something she has always done.

No matter where her life, employment, or retirement take her, she will always be a “Burquena” and reserve a huge piece of her heart for UNM.

For more information about the Getaway Adventures Program or Recreational Services visit their website at recservices.unm.edu.