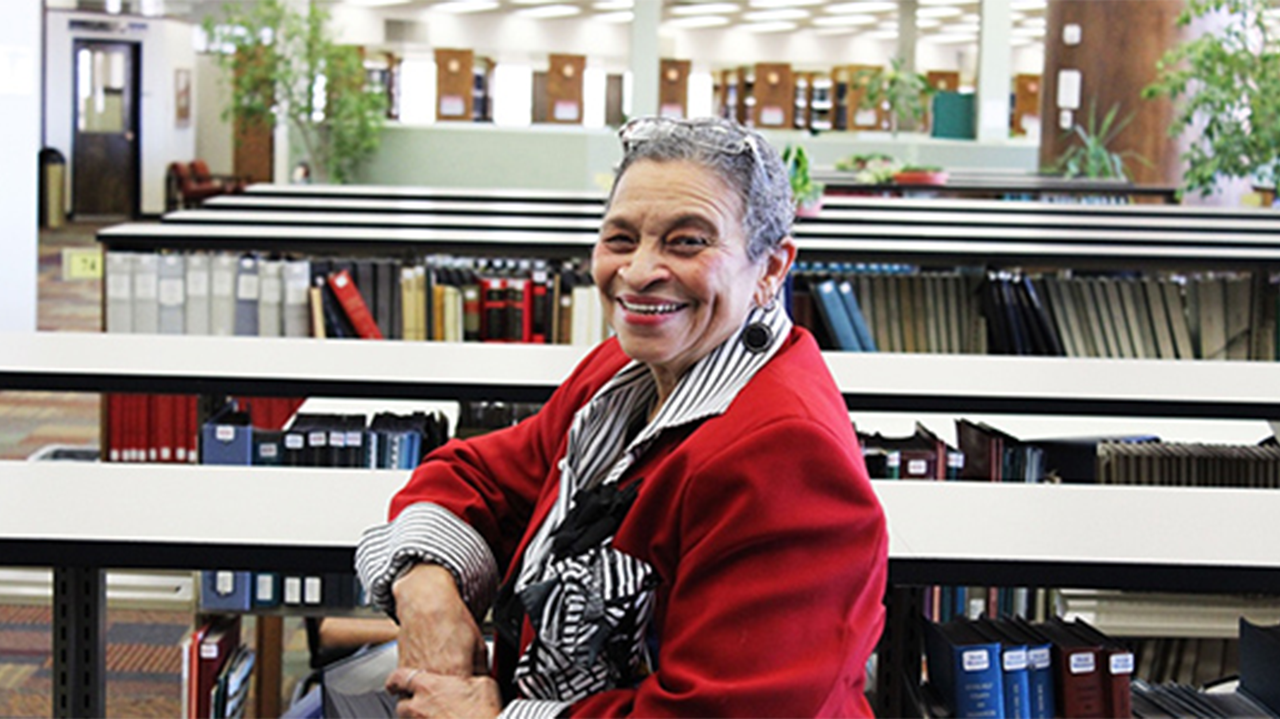 Marsha Hardeman says she didn’t always envision herself as a law school graduate, educator and civil rights advocate – yet all these years later, friends and colleagues still speak about her leadership that speared across campus for decades. Born in Indiana, Hardeman originally studied sociology and psychology, always fascinated by the human psyche and why people do the things they do.

She says she's always had a passion for helping people and being involved in her community and saw these fields as a way to continue that work professionally. It wasn’t until she moved to New Mexico in the ‘70s that she began to toy with the thought of applying to graduate school – at the time The University of New Mexico School of Law was ranked as one of the top five clinical law programs in the country.

“The idea that this clinical law program sought to serve the community really appealed to me, so I applied,” she said.

After being admitted into UNM’s School of Law, Hardeman said she found many ways to get involved.

“Students really had the opportunity to forge relationships with professors, which was such a rare thing. Many of those relationships have lasted until this day. There is a distinct longevity to these friendships; people have stayed connected and are still friends all these years later,” she said.

During her academic career, baking remained not only a hobby for Hardeman but a source of income to help pay for law school. She recalled bringing in homemade goods and sharing them with faculty. She said Dean Fred Hart suggested she start selling her baked goods, and with his blessing, she did just that. She said she’d leave the goodies in the cafeteria, students and faculty would put some change into a little coffee can and at the end of the day, she’d collect the money.

In 1976, she was the first woman and Black student elected as the Student Bar Association president; she also served as the Black American Law Students’ Association (BALSA) president from 1975-1976. After she graduated in 1977, she went on to work for the City of Albuquerque (COA) in the city attorney’s office as a court administrator. Before leaving the COA, Hardeman served under more than three different mayors, she also spent time as director of the Human Services Department and the Albuquerque Convention Center.

Hardeman’s career is a true testament to her character and her desire to stay active, continuously learning and engaged within her communities. From starting her own management training and consulting business, with the hope of educating more people about employment law, legal liabilities in the workplace, cultural diversity and civil rights, to teaching criminal justice, human resources management, business law and business communications at The University of Phoenix. Her passion for pedagogy and raising awareness about civil rights continues to this very day in her current role as an adjunct faculty member with UNM’s Africana Studies.

“Every teaching modality drills down the learning in different ways, as experiential, practical application, and relatable, historic fact,” she said. “My goal in teaching is to find ways to encourage learning through one of those modalities in a way that is fun and engaging.”