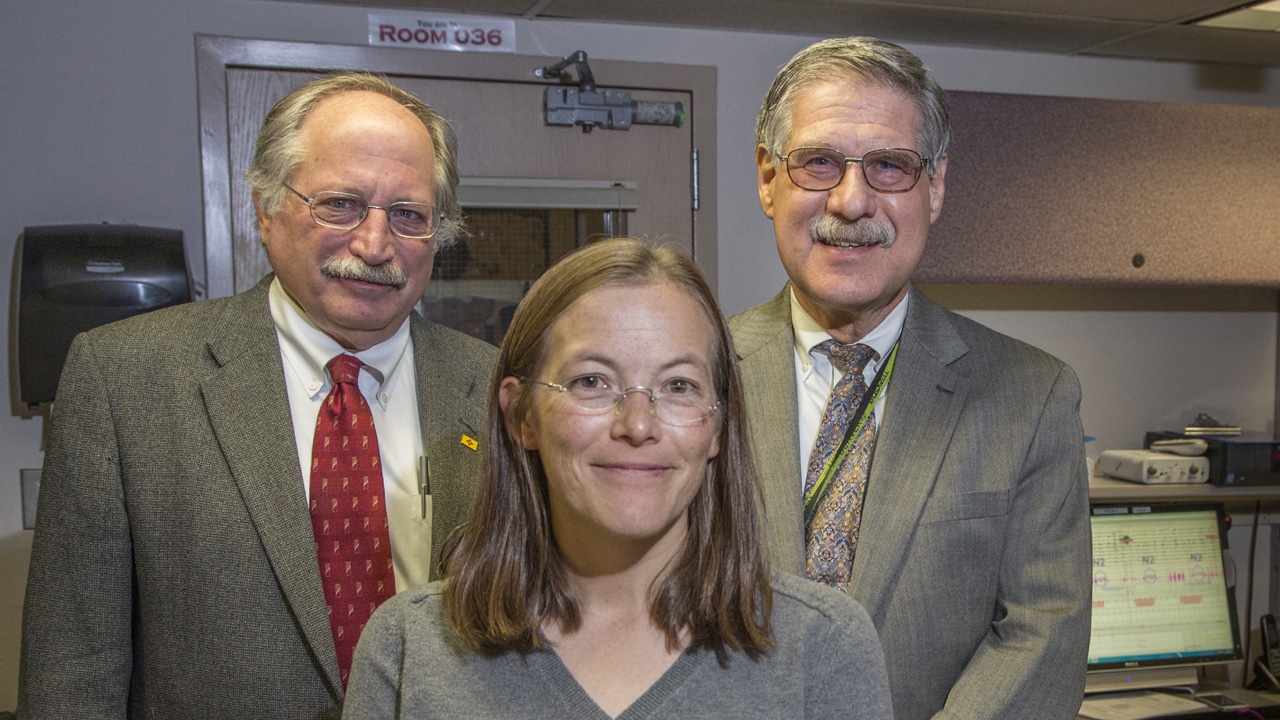 University of New Mexico researchers and their colleagues from the Lighting Enabled Systems & Applications (LESA) Center based at Rensselaer Polytechnic Institute have demonstrated a new technology for gauging the effectiveness of light therapy to synchronize human circadian rhythms as a potential treatment for insomnia, mood disorders and other health problems.

In a report published online in the IEEE Journal of Translational Engineering in Health and Medicine (and set to lead the journal’s December issue), the team reported on a pilot study conducted on three people using the Smart Lighting Clinical Testbed at UNM Hospital. The lighting, sensing and control systems used were based on a system first installed in the Smart Conference Room Testbed at the LESA Center in New York.

By deliberately altering particular wavelengths of light emitted by special LED lighting fixtures, the researchers were able to advance the participants’ sleep onset over the course of four days and nights spent in the hospital room, which is also equipped with sophisticated sensors that detect an occupant’s movements.

“The validation of the testbed capabilities was the culmination of a long-term software and hardware development effort,” says Meeko Oishi, associate professor in the UNM Department of Electrical and Computer Engineering.

“Demonstrating these capabilities in an actual clinical environment over the course of four nights is significant and lays the groundwork for sophisticated personalized technology in the future.”

Oishi partnered with Dr. Lee K. Brown, professor in UNM’s Division of Pulmonary, Critical Care and Sleep Medicine, and director of the UNM Sleep Disorders Center, in creating the Testbed at UNMH.

To test the technology, Brown and Oishi collaborated with research colleagues from LESA, a National Science Foundation Graduated Engineering Research Center based at Rensselaer in Troy, N.Y. Other LESA members include Boston University and Thomas Jefferson University in Philadelphia, as well as private industry partners.

Scientists know that certain wavelengths of blue light can alter human circadian rhythms – the 24-hour “body clock” that drives our sleep/wake cycle, metabolism and many other physiological processes. In this pilot study, patients were exposed to specific wavelengths and intensities of light to help with a delayed sleep-wake phase (night owls) or advanced sleep-wake phase (often a problem for the elderly or those with dementia).

Properly controlled lighting can also alleviate depression, as well as improve productivity, cognitive functioning and alertness. Precision in the timing and intensity of light exposure is key, but until now there have been few clinical research facilities that can study the effects of extended lighting regimens lasting days to weeks.

Because the Testbed is located in UNM Hospital, nursing and nutrition is readily available, making it possible to conduct round-the-clock, multi-day studies. The Testbed uses color-tunable lighting from LESA industry member Telelumen that look like standard hospital room ceiling fixtures. The room sensors can track movement and reflected light intensity without the use of cameras, so no video images are recorded.

The test subjects also wore actigraphs, wristwatch-like devices that recorded their body movements and could be analyzed as a way to estimate circadian phase. For instance, an actigraphy sensor might determine that the subject has likely dozed off during the day, and the system would adjust the lighting spectrum and intensity to promote wakefulness.

LESA researchers are exploring the use of wearable biometric devices to study relationships between lighting and patient circadian rhythms. Together with the other Testbed sensors, these tools could lead to personalized lighting treatment for various disorders without hospitalization.

“We hope that results from studies using UNM’s Smart Lighting Clinical Testbed will spur the establishment of additional such research facilities, resulting in a ‘critical mass’ of data providing conclusive evidence that tunable and human-centric spectral lighting will become a standard part of lighting design,” Brown says.

“In the meantime, we are making great strides in accelerating the accumulation of knowledge and know-how to make the commonplace a reality.”