Serving on a committee like Legislative Finance, which is charged with oversight and recommendations for how the state is funded, means you learn something about just about everything driving state dollars in New Mexico. This morning, the committee turned its attention to public education and its underperforming schools.

Eric Hanushek, Ph.D., Senior Fellow, Hoover Institute, Stanford University, made the case for more effective teachers and school leaders by outlining some dire realities facing education in our state. Here are a few attention-grabbing nuggets that describe the uphill struggle:

• Sixty percent of this country’s students are ahead of New Mexico students when it comes to competing for jobs.
• In the international competition for jobs, New Mexico ranks somewhere between Serbia and Turkey, barely beating out Greece.
• In terms of student income, a good teacher will generate some $400,000 in extra income for his or her students when compared to an average teacher. Low performing teachers have a symmetrical negative effect on student income.

Both Hanushek and PED Secretary-designate Hanna Skandera argued for teacher evaluation based on student performance. In New Mexico, that opens up a box of Pandoras because of the volatility of value-added evaluation models and reform efforts that revolve around standardized-based assessments. Several questions reflected members’ concerns with the volatility. Hanushek urged committee members to reflect more on how money is spent rather than how much is spent and questioned if any spending not tied to performance is wise.

School administrators from Anthony, Albuquerque and Las Cruces shared approaches that helped turn around their schools. And UNM’s Professor of Educational Leadership Arlie Woodruff shared the work being done to develop future APS principals with the aid of some federal grants.

This afternoon, the committee turns its attention of corrections, group health benefits and risk management. Tomorrow, it’s economic development. Again, they learn something about just about everything.

Different Approaches
Endless hours of testimony sometimes devolve into political theatre. Yesterday, several hundred behavioral health advocates overfilled the ballroom to quietly make their positions known. Today, a couple of dozen child welfare advocates stormed the committee. Both sought the attention of the legislators. Their tactics will meet with varying levels of success.

Many Thanks
This morning, several legislators were able to enjoy Loborittos at the Staff Appreciation Breakfast. Thanks to all of the staff who made them welcome. 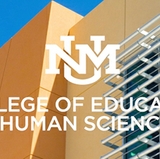