Elizabeth (Libby) Rodke Washburn has been appointed interim Chief Compliance Officer by University of New Mexico President Robert Frank. She will fill the position vacated by Helen Gonzales who recently announced her retirement after a long career at UNM.

Washburn is a graduate of the UNM School of Law, who has worked in in Albuquerque, Boston, Minneapolis, Tucson, and Washington, D.C., in a range of capacities over the past two decades. Most recently, she served as the Chief of Staff to the Deputy Secretary of the U.S. Department of the Interior in Washington, D.C., providing leadership and strategic direction to multiple offices within the Interior Department as she supervised and monitored progress on risk management goals for the White House. In addition, she guided responses to contentious congressional oversight investigation requests from the U.S. Senate and House of Representatives oversight committees.

Washburn has served as an attorney in private practice and for the U.S. Senate and U.S. Department of the Interior, carrying out a variety of legal tasks related to compliance work.  While working at the Udall Foundation, she assisted the U.S. Institute for Environmental Conflict Resolution with numerous mediations around the country and special dispute resolution projects of national significance. She also has experience at major research universities, working with senior management, administrators, and faculty at both the University of Arizona’s James E. Rogers College of Law and the University of Minnesota Law School.

The Compliance Officer is a relatively new position at UNM. It was created in 2013, following a comprehensive review of the University's compliance functions which recommended that main campus build a compliance infrastructure headed by a chief officer. 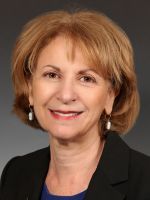 "Helen built the program as the first compliance officer for UNM,” Frank said. “She brought a broad range of skills to the position, with years of experience in higher education, in healthcare, defense contracting, and public utilities. Now Libby’s extensive experience in government oversight investigations, risk management and dispute resolution will complement and advance the initiatives that Helen began.”

Prior to becoming Compliance Officer, Gonzales worked in human resources at UNM for more than 20 years. In 2007 she was named HR vice president leading a staff of 80 in providing service to more than 20,000 University employees.

Washburn will start in the new position Sept. 6. Gonzales retires in October.