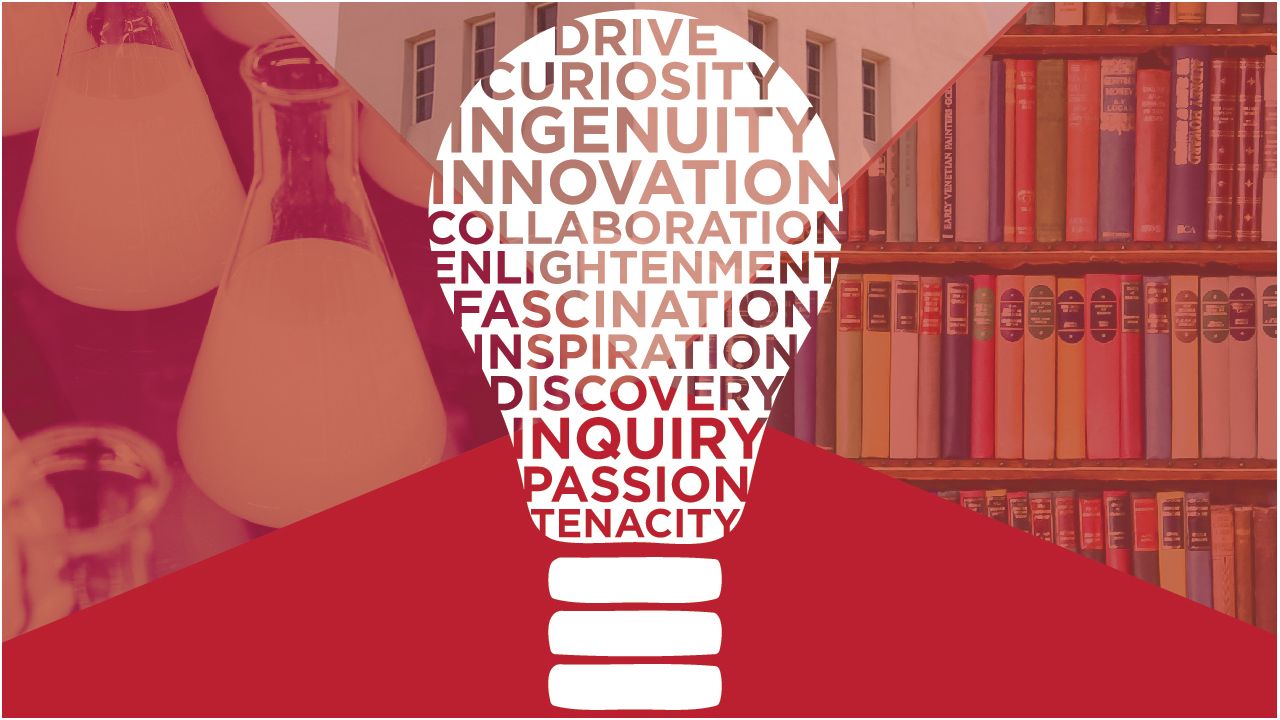 Graduate Studies announced the winners of the highly competitive LoboBITES showcase, which was put on as part of the annual Shared Knowledge Conference. 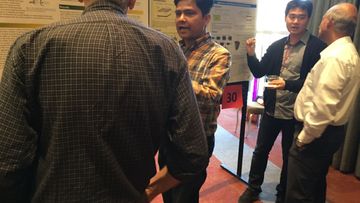 Two students present their research to interested SKC attendees at the recent conference.

The sixth consecutive Shared Knowledge Conference (SKC) was held on Thursday, April 6 at the SUB with the support of the Offices of the Vice President for Research, Honors College, and the Graduate and Professional Student Association. The free event featured a theme of “Lobos Shining Brightly” through a series of poster presentations by students from programs across campus as well as four rounds of LoboBITES competitinos – during which presenters had to distill their thesis into a three-minute explanation.

The LoboBITE presentations varied widely -- from disease fighting research to the practice of Flamenco for post-trauma therapy, to a brief history of the devil in English literature and shortcomings of language assessment through standardized tests. One even focused on the origin of Dark Matter and another on the exploration of Mars.

A panel of LoboBITE judges, comprised of members from the UNM and Albuquerque communities who had mostly non-academic backgrounds, scored the presentations based on the speakers’ ability to explain the purpose and significance of their research to an audience with varied backgrounds.

Here are the winners of the 2017 LoboBITE competition: 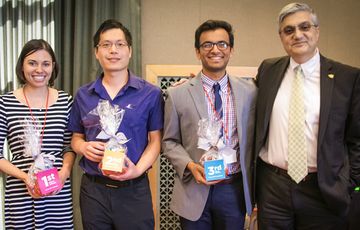 “Conflict Minerals and the Global Narrative"

The Shared Knowledge Conference is the university’s premier venue to showcase student research and the diversity of programs across campus while recognizing the breadth in research excellence. Graduate Studies plans on continuing the SKC with a fall conference.