Each year at The University of New Mexico, a new cohort of graduates celebrates the culmination of a long, sometimes trying but rewarding experience as they graduate after completing their degree requirements. From graduates who have battled back from trying circumstances, to graduates who have suffered and endured loss duing their academic careers, to first-generation graduates.

For some it's just the beginning as they continues to pursue additional academic goals. For others, it's time to venture out into their chosen career areas in hopes of making a difference. Regardless of their circumstances and their future aspirations,  they have all achieved their goals at this stage of their lives. 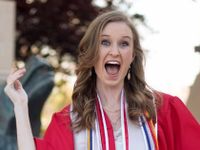 It’s safe to say that Jenna Hagengruber knows the value of education. Hagengruber, a senior with a double major in English and philosophy, will soon graduate with honors as part of the Class of 2016. Hagengruber, an Albuquerque-native who attended Eldorado High School, came to The University of New Mexico on a Presidential Scholarship, and a notion of no student debt.

For many students at The University of New Mexico, college is a time for self-discovery and exploration. Many try to find their passion and work to realize the impact they want to make on the world. But, for UNM senior Kyle Stepp, it’s the obstacles he’s faced in his life that have helped him discover his purpose. Growing up in an abusive home, Stepp said his parents thought of him as more of a burden than a blessing. 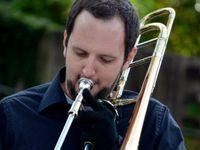 To say Christopher DeGraw took a slightly different path to becoming an engineer would be an understatement. The Connecticut native earned a bachelor’s in music education and a master’s in musicology (from Ithaca College and the University of Limerick in Ireland, respectively), then was an elementary and middle school band teacher in Connecticut and Las Vegas, Nevada, for nearly a decade before deciding to pursue an engineering degree at age 33. DeGraw will receive his bachelor’s degree in mechanical engineering from The University of New Mexico this month. 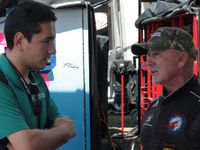 When graduate Dominic Aragon talks about NASCAR racing his eyes light up. The Communication and Journalism major lives hundreds of miles from the nearest NASCAR race track. So how did Aragon get full media accreditation to interview drivers and work around leading reporters in this specialized sport? 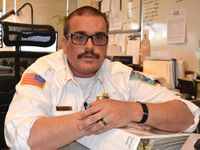 For the past decade, Los Alamos Division Fire Chief-EMS Ben Stone has educated UNM students in the EMS program all the while he was finishing his own formal education and climbing a career ladder. This May, the youngest chief in the LAFD is reaching the top—he’s picking up a diploma on his way to the Ivy League. With a busy teaching and LAFD career, Stone still found time to prioritize his own formal education. He is graduating this May from UNM-LA with a bachelor’s degree in Emergency Medical Services. Stone ultimately plans to obtain a doctoral degree. 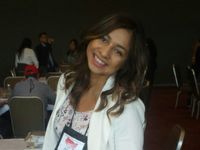 University of New Mexico student Maria Mendez will graduate this May. Even after losing her father to suicide, she pushed to finish college. Mendez came to UNM from Pomona, Calif. She attended CEP orientation and got in contact with an advisor who was able to help her work out a plan to pay for college. She was able to split her time between UNM and CNM. During Mendez’ freshman year, her father passed away and it became harder for her to pay to attend UNM. She withdrew for a year until she received the McNair Scholarship. Originally coming to UNM for its medical program, Mendez is double majoring in Biology and Psychology.

University of New Mexico student Sean Kerwin will soon receive his bachelor’s degree in Mechanical Engineering, but his journey was made more difficult when he was involved in a motorcycle accident that left him badly injured. Kerwin began pursuing his undergraduate degree in Fall 2012. He was always driven to finish his degree in four years despite being told it takes most people to do it in five. Everything was going according to plan until February 2014 when he was t-boned by a truck that ran a red light. He was left with five broken ribs, a punctured lung, a torn quadricep, road rash and some other minor fractures. 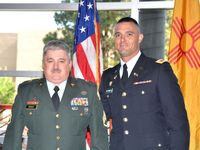 David Buozis is not what you would consider a typical college student. The 50-year-old Army veteran has been around the world and has seen and done more than most could fathom in a lifetime. But now, thanks to a support system he found at The University of New Mexico, Buozis will soon add ‘college graduate’ to his long list of accomplishments. With a three-tour military career that spans more than a decade, Buozis has struggled with Post-Traumatic Stress Disorder (PTSD) for many years. He started his Army career in 1984, just 12 days after graduating high school. 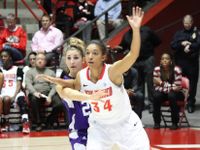 Graduation for Whitney Johnson is a celebration of many things, but not the end of her academic and basketball career—it isn’t the beginning either. Rather, it’s a bridge to a new adventure where she’ll continue her education both on and off the court. After graduating from Lone Peak High School in Highland, Utah, Johnson was recruited by well-known basketball coach Don Flanagan to play for the Lobos. Johnson had never heard of The University of New Mexico before her conversation with coach Flanagan, but after a visiting UNM’s campus and learning more about the athletic—and just as important to her, the academic opportunity at UNM, she chose to become a Lobo. 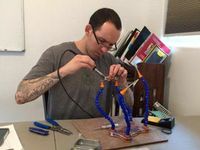 Francis Salas will graduate from the University of New Mexico with his B.S. Degree in Electrical Engineering in mid-May. Five years ago even he couldn’t envision this moment. He was in federal prison, nearing the end of a 10-year sentence for drug possession with intent to distribute a controlled substance. Salas grew up in a poor neighborhood in Bernalillo, New Mexico. His attitude change took years. And that’s how it was for the next several years as he cycled through the federal system in Oklahoma, in Texas, in Kentucky finally in Colorado. 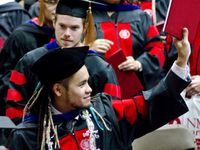 UNM's commencement exercises are set for Friday and Saturday, May 13-14.

UNM hosts its commencement ceremonies Friday-Saturday, May 13-14, recognizing graduate degree students, and baccalaureate and associate degrees students in separate ceremonies. The UNM campus community is encouraged to celebrate the efforts of all its graduates. Both ceremonies will be held at WisePies Arena aka The Pit.