By Steve Carr June 13, 2013
Categories: Athletics Inside UNM
The University of New Mexico at one time struggled with APR. That was a long, long time ago. In the latest data released by the NCAA, eight Lobo teams had perfect single-year APRs, and all sports are well above the 930 marker for APR, showcasing UNM's prowess is not just confined to the playing fields.

One year after a record 11 programs achieved perfect 1,000 in the NCAA's Academic Progress Rate, eight picked up perfect scores this year, including both men's and women's basketball programs. This is the eighth year that the NCAA has recorded APR for all Division I institutions, and the second with the new minimum threshold of 930 for a four-year rolling score.

"As always, we are extremely proud of our student-athletes at the University of New Mexico and what they have done in the classroom," said Paul Krebs, vice president for athletics. "Our APR score speaks to their dedication to excel in the classroom as well on the field, and it showcases the commitment of our coaches and academic staff to put a focus on academics."

"Our student success staff, headed by Henry Villegas should be commended for their dedication to our student-athletes, but it really is more than that," said Krebs. "We have a university full of incredible professors and wonderful staff that should all feel a part of this success."

The NCAA released the APR data and penalty reports for all Division I institutions today as part of the annual NCAA Division I Academic Performance Program. This year's report is based on four-year calculations of data from 2008-089 through 2011-12.

According to the NCAA, "The APR is calculated by allocating points for eligibility and retention - the two factors that research identifies as the best indicators of graduation. Each player on a given roster earns a maximum of two points per term, one for being academically eligible and one for staying with the institution. A team's APR is the total points of a team's roster at a given time divided by the total points possible. (Because) this results in a decimal number, the number is multiplied by 1,000 for ease of reference."

In 2012, the NCAA increased the minimum acceptable four-year score from 925 to 930, or roughly a 50-percent graduation rate.

"We have high expectations in the classroom as well as in the field, and we continue to get better," Krebs added.

All sports had a single-year APR above 930 as well except for cross country, which previous to this year had three straight perfect scores and had been recognized by the NCAA for APR excellence. Cross country's APR is still a robust 975.

"The high APR scores at UNM are a reflection of a strong commitment to the academic mission of the University on behalf of the athletics department," said Assistant A.D. Henry Villegas. "Measuring both retention and eligibility, which is basically student progress towards degree, the scores reflects the commitment of our coaches and the academic advisors to student success and graduation."

For a list of the APR score by individual team, visit: Lobos Pass APR 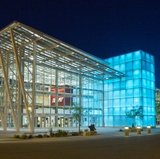 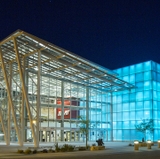 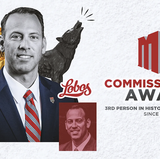