University of New Mexico Provost and Executive Vice President for Academic Affairs James Holloway announced today the appointment of Dr. Arash Mafi as interim dean of UNM’s College of Arts and Sciences. Mafi takes over for Mark Peceny, who has served as dean of the College for the past 10 years. Mafi’s term as interim dean begins July 1, 2021.

“Arts and Sciences is our largest college, and the home of important teaching and research activities. The rest of the university relies critically on the intellectual heft of A&S,” said Holloway. “The interim dean role is vitally important to steward the college thru a period of transition and in the face of some difficult budget realities. Professor Mafi has a proven track record of academic leadership in such conditions, and I look forward to working with him over the next year.” 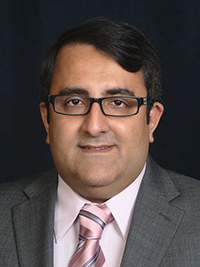 "I feel humbled and honored by the opportunity to lead the College of Arts and Sciences and prepare the grounds for the incoming permanent dean,” said Mafi, who is a professor in the Department of Physics and Astronomy and the director of the Center for High Technology Materials (CHTM). “Mark Peceny and his team have laid an excellent foundation for the College, and I am enthusiastic to follow his path and deliver my best. I am especially excited by the diversity of disciplines in Arts and Sciences and the opportunity to connect various departments, programs, and centers to advance the collective education and research mission of the College."

An accomplished researcher, Mafi joined UNM in 2014 coming from the University of Wisconsin-Milwaukee. He holds a Ph.D. in theoretical particle physics, followed by postdoctoral appointments in particle physics and photonics. After his postdoctoral appointments at the University of Arizona in physics and the Optical Sciences Center, he joined Corning Inc. as a senior research scientist working primarily on optical communications. He moved onto the University of Wisconsin-Milwaukee in 2008 as an assistant professor in electrical engineering and rose through the rank of associate professor in electrical engineering.

He is currently a full professor of physics and astronomy and was the chair of Optical Science and Engineering for one year and before transitioning to his current position as the director of CHTM in 2018 after serving as interim director during the 2016-17 academic year.

Mafi became a Fellow of the Optical Society (OSA) in 2017 "for pioneering contributions to a fundamental understanding of quantum and nonlinear behavior of optical waveguides, light propagation in disordered media, and development of Anderson localizing optical fibers.” He is also a Fellow of the International Society for Optics and Photonics (SPIE), a Senior Member of IEEE, and a member of APS and AAAS.

Most recently, his research group in collaboration with Professor Mansoor Sheik-Bahae's, also in the UNM Department of Physics and Astronomy, and Professor Tünnermann's of Fraunhofer-Institut in Germany, demonstrated the first laser cooling of silica. Recently, he has explored the quantum and nonlinear aspects of light-matter interaction in complex and disordered photonic structures in fundamental science and device applications.

Overall, Mafi's research has resulted in more than 200 peer-reviewed journal and conference publications, and abstracts. He has been continuously funded by the National Science Foundation (NSF), the Department of Defense (DoD), and industry.

Mafi will serve in the interim role for approximately a year while a national search is conducted for the next dean of Arts & Sciences. 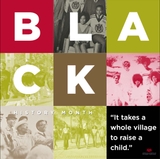 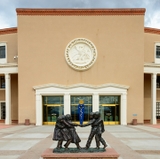